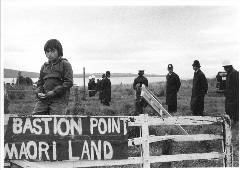 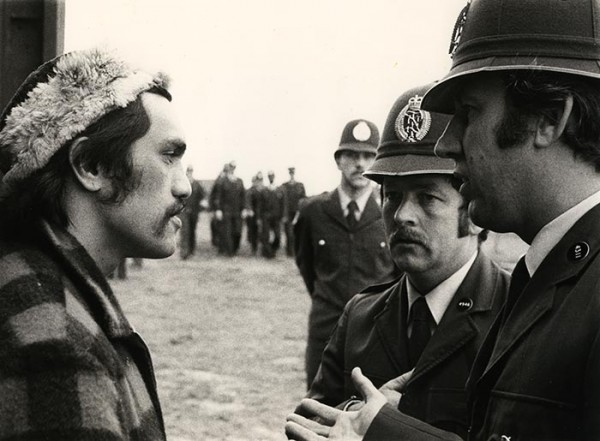 National are leading NZ into a very dangerous space by deciding to simply steal Te Waiohua Raupatu land for their facade of a supply side solution to Auckland’s property bubble.

It’s important to note that National need the pretence of a solution because they can’t risk solving the problem. All that is holding the economy together is Auckland’s speculative bubble, pop that and large Australian banks are going to get terribly nervous.

So the illusion of doing something when the Government don’t want that something done is politically necessary as more and more NZers can’t afford a first home.

The tip line tells us that 6 months ago survey pegs were found on this land in a secret deal with Fletchers to rezone it to urban. This isn’t about social housing this is about pretending the Government are doing something and they are going to do that by stealing Maori land.

This is Mangere’s Bastion Point and if Maori and anti-Government activists want their fight, then the 32 hectares that were signed over in July 2014 to be rezoned and developed by Fletchers is their battleground.

Imagine if the call is put out too occupy Oruarangi Rd? Maori, anti-Government activists, environmentalists, poverty campaigners – imagine the 1000 or so people you could bring to one place to stand their ground against stealing this land?

Would Key send in the Police the way Muldoon did?

Who would win if Key did?