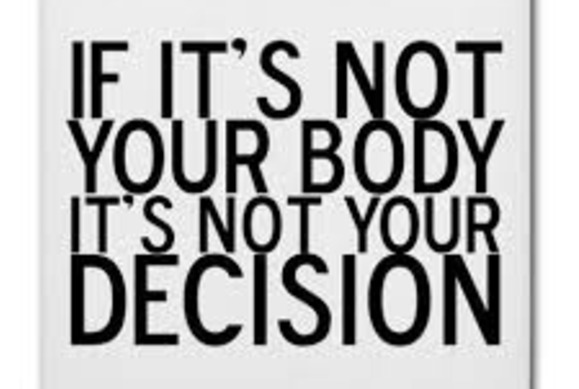 A potential new Bill brought to Parliament by National MP Chester Borrows is threatening to worsen our already woeful record on abortion legislation. It would mean that no young person could obtain a termination without parental consent. Public opinion is pretty split, and I can understand why. But I can’t emphasise enough why this is a backwards, dangerous idea.

I’m not going to trivialise any of the angles to this issue, because it’s a really complex and emotional situation to talk about. I totally get and agree that it is innate correct and good parental instinct to want to know – heck – feel like we NEED to know – if our child is going through this situation. But what we must keep at the forefront of our minds is that the reasons a teenager would seek an abortion are so myriad and so loaded that a blanket rule trivialises, disadvantages and endangers teenagers to an unacceptable level. We must pull our instinct back and give ourselves the mental space to think about this issue from other perspectives. I know it’s hard. But we must.

How we feel about the issue of young people accessing abortion services depends on our own childhood, ideology and experiences raising our own children. I have children/stepchildren, aged 12-21. I admit that of course I would prefer that if they chose to have an abortion, or their girlfriend did, that they would feel comfortable in telling one or more of us what was going on. Don’t we all? I know I would feel gutted. I would question my parenting. I’d go and have a bloody good cry. But then I would get over myself. Because I know that my children are not me – they are themselves. They have their own realities, their own minds, and their own reasons, which would probably in no way be related to anything I had done, or not done as a parent.

That’s a really important thing all parents, including me, need to realise and/or remember. This does not equal failure as a parent if you have a healthy relationship with your kids. I suspect that this feeling greatly contributes to the people supporting this move. It’s an almost involuntary emotional response of ‘if my daughter didn’t tell me, what does that say about me as a parent?’ deflected onto schools, youth support staff, sexual health clinics and politicians.

I’ve read and listened to a lot of opinions from people who work with youth, as well as personal stories from women who had abortions when they were younger about this issue. They all fit into two themes, which are both equally valid.

The first is this: That many young women who have abortions and don’t tell their parents don’t keep it secret because their parents are doing something wrong. They describe their parents as loving, caring, understanding, communicative and forgiving. But they still chose not to tell them at the time. Reasons for this include having a fiercely independent or private personality, a sense of certainty about their decision, respecting their parents so much they don’t want to disappoint them, feeling that they couldn’t handle further pressure on their decision, fear that the father’s family or others she does not want to find out will be told, being in an abusive relationship, rape, and many more reasons across that spectrum.

Women described their parents as the most amazing parents they could have ever asked for, and still, for their own reasons, did not want to tell them. And I think that while it’s not what I would want to happen with my children, that this choice should remain legal. We’re not talking about something that is situational and repairable with admission, counselling (note that under our legislation, counselling is mandatory, and counsellors do urge teens to consider informing their parents in non-violent & non-coercive circumstances), and time.

We’re talking about bodily integrity and a full time commitment of a lifetime. A parent’s opinion does not necessarily relieve the weight of this decision. For me, this is ethically up there with a 15 year old with a terminal illness not being allowed to have any final say on whether to continue debilitating treatment instead of palliative care. As much as I would want to do everything to keep my son alive in this situation, if he had had enough, I would not force him to continue. Nor should we have the right to force our children to continue a pregnancy, give birth and be a parent.

The second theme is the overt danger caused to young women whose parents or caregivers psychologically, physically and sexually abuse them, or are complicit in their abuse. Sexual & family violence in NZ is endemic and still rising. Conservative figures even Family First will agree to are 1 in 4 for family violence and 1 in 8-10 for sexual violence (I believe 1-4 sexually assaulted personally). We also have high numbers of migrant families from countries where un-wed pregnancy is the ultimate sin against the family and is punished severely.

I come from a Pakeha fundamentalist home-schooling family. From a young age I understood that the (man) I wed had to be in the same church as I and prove his commitment to (their version of) God to my parents. Before engagement dates were chaperone only, no pre-marital sexual activity of any kind was allowed, and I understood that the consequences of breaking this would result in serious bodily harm, followed by shunning. My parents considered anything regarding my sexuality to be evil, and went to stomach-churning extremes to suppress and eradicate any ‘sign’ of it in me. Sadly, I was already well aware of ‘sex’(ual assault), and the only thing I can be glad of is that it didn’t happen in my early teens.

I spent my first 15 years living in utter terror of having or appearing to have any kind of sexuality, or consensual romantic or sexual connection to anyone. Luckily I was put in foster care before I got into a secret relationship and/or got pregnant, because I don’t think I’d be here writing this if that happened. Living that reality growing up has given me a crystal clear understanding of why this kind of proposal CANNOT and should not become law.

My perspective was further reinforced in my older teenage years at public high school and polytech, when schoolmates found themselves possibly or definitely pregnant. Some were abused by family members and could not tell them. Some were taken advantage of by young men either plying them with alcohol or lying to get them into bed for a one night stand, or raped – then spent two months in fear – some having that fear become reality. I will never forget the breakdowns, suicidal thoughts, self-injuring, research of old school abortion methods, panic over how they would get to the nearest clinic 1000+km away without family knowing, who they could safely tell, the potential father and their family making threats… it was an intensely stressful time for them.

This is still happening – in every high school. Find me a high school social worker, health nurse or guidance counsellor who hasn’t had to deal with these situations. Thank goodness our region finally has an abortion clinic – but only taking one barrier away still leaves our vulnerable youth in a difficult situation.

Putting another, impassable barrier in place that cannot be conquered by any amount of support and planning by the experts who help these vulnerable young women is one of the most unethical and dangerous moves our government and society can make.

It is a sentence of psychological and physical torture by family/caregivers and the mental health issues that causes, and a life sentence of raising a child born due to horrific circumstances and dealing with the issues that brings too. It is potentially a sentence to a newborn baby of a childhood of poverty, deprivation and abuse. It means more babies found buried in the back garden, more psychologically destroyed young women convicted of infanticide or murder. Am I pulling out emotive clichés for maximum manipulative impact? Hell no. I am referencing researched, published, proven reality. I could post a few dozen links – but we’ve all read the news stories, we’ve all seen the statistics. I know we don’t want to think that this happens, but we can’t deny it. It is real life for too many youth in New Zealand.

That is why I won’t be silenced by anti-choicer manipulation of my work on reproductive rights, while they attempt to eradicate the rights of vulnerable youth in desperate situations – and rubbish the ethics and expertise of their support workers.

And this is why all of us need to push our gut instincts as good parents aside for a second when considering this proposed law change. Please think of the too many youth who aren’t lucky enough to have parents/caregivers like us, try to understand the reasons why our children may not want to tell us either – and why it should only be their choice what they do when they become pregnant.

At the very same time a National MP brings this to Parliament, funding freezes by National mean that our most vulnerable young people – those in the foster care system, have even less chance of escaping violence and abuse that sadly occurs in a small amount of placements. If only they could get their priorities around protecting our young people around the right way.