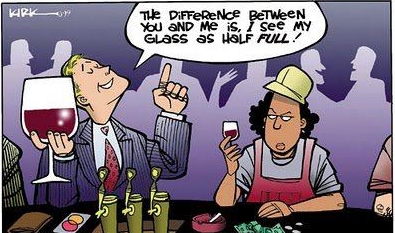 When , drunk, dumb,  and ultimately doomed National backbencher, Aaron Gilmore, uttered his now-infamous words,  “Don’t you know who I am?“, it revealed to the public a glimpse of the attitude of those who – in their minds – are Born To Rule (over us).

It is this arrogance – born from success in their chosen field of endeavour – which results in attitudes such as the law (or social “niceties”) not applying to them.

Case in Point #1: In Aaron Gilmore’s case, he became angry that the waiter refused to serve him any more alcohol. The waiter’s decision was based on a simple law-of-the-land; that intoxicated persons shall not be sold/served any more liquor. Failure to comply can mean hefty fines; suspension (or full cancellation) of liquor license; and having employment terminated.

But Gilmore didn’t care. He just wanted more booze to flow down his gullet. When his demands were declined, he attempted to use his position of authority (an elected member of Parliament) to get his way. When that failed, he invoked the Office of the Prime Minister. That, too, failed.

But what was it about Gilmore’s position that he believed he had status sufficient to believe that the law did not apply to him?

Case in Point #2: When government minister, Gerry Brownlee walked through security doors at Christchurch airport, he obviously held a view that being late for his flight was just cause to ignore Civil Aviation rules;

Gerry Brownlee is standing by his version of how his airport security breach took place – after being contradicted by an airport staffer.

The Civil Aviation Authority’s released a heavily-redacted report into the July incident at Christchurch Airport.

Mr Brownlee said he knocked on a secure door and asked to be let through, because he was late for a flight.

But the airport employee told the inquiry that one of Mr Brownlee’s staff pulled the secure door open, and the trio walked past him without seeking permission.

Despite being fined for his rule-breaking, a spokesman for Brownlee said that the minister  “stands by his testimony“. So not only did Brownlee consider himself (a) above the law, (b) acted on that belief, but (c) when found guilty, and fined,  showed no acceptance of his wrong-doing.

What was it about Brownlee’s position that he believed he had status sufficient to believe that the law did not apply to him?

According to CAA spokesperson, Mike Richards;

“The passenger was basically ignoring what was going on and wearing headphones. The crew member complained to someone in command and said, ‘I don’t want passengers on the flight who aren’t following instructions of the crew’.”

So, basically, Bob Jones couldn’t be arsed following the rules and paying attention, despite being asked to? Did Jones believe that, in the event of an emergency, somehow his wealth would be sufficient to circumvent the laws of gravity, and he would descend gently to the ground?

What was it about Jones’ position that he believed he had status sufficient to believe that the law (both Parliamentary and gravitational) did not apply to him?

Is the answer to the question posed at the end of each case, simply because society allows status, based on political power and/or  wealth, to gain privileges which are not accorded to the rest of us (99% of us)?

If Air New Zealand’s “Elite Priority One” is any indication, then political power and wealth  invites special privilege that other paying customers for the airline’s service apparently do not deserve;

New Zealand – the nation that once prided itself on it’s egalitarianism – now has an airline trading on our name, and offering services to the “elite” that the ordinary folk of this country were not even aware of.

That is real privilege accorded to the wealthy and powerful – when the masses aren’t even aware that Jack is no longer as good as his Master.

So when an MP expects that liquor laws can be flouted so he can get more inebriated; when a Minister expects that Civil Aviation laws apply to others, but not him; and when a millionaire thumbs his nose at critical safety information – let us be clear that they deeply believe they are entitled to hold those views.

They are, after all, better than us.

Air New Zealand says as much. They are, after all, Elite, Priority One.

And so it came to pass