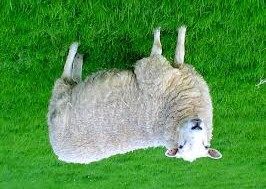 A threat of legal action being used to partly justify nearly $12 million spent on a Saudi businessman’s farm was clearly hollow, Labour says.

Controversy over the spending boiled over in Parliament yesterday with accusations of bribery.

This is becoming more unbelievable by the second. The Government have effectively given into  a threat of legal action after we stopped live sheep exports and bribed Saudi businessman Hmood Al Khalaf, who was involved in the deal, so we could get a free trade deal with a country that treats women slightly better than our sheep!

Are you ready for the kicker?

The reason we had to pay the Hmood Al Khalaf out is because he had received private assurances that the live sheep export trade would restart. Who assured Hmood Al Khalaf of that – are you ready – John Key and David Carter did before they became the Government in 2008.

That’s right, Key and Carter privately promise Hmood Al Khalaf to restart live sheep exports, they become the Government in 2008 and realise they can’t restart those exports without significant electoral resistance and Hmood Al Khalaf then threatens a huge legal action so National pay him out with a taxpayer bribe.

Imagine if Labour had done this? The newspapers would be screaming for heads to roll, so far the mainstream media have spent more time interviewing the bloody Papakura Seal than focusing on this outrageous behaviour by Key and McCully.

At some point this cargo cult love affair NZers have with Key has to end right? This is out and out corruption.