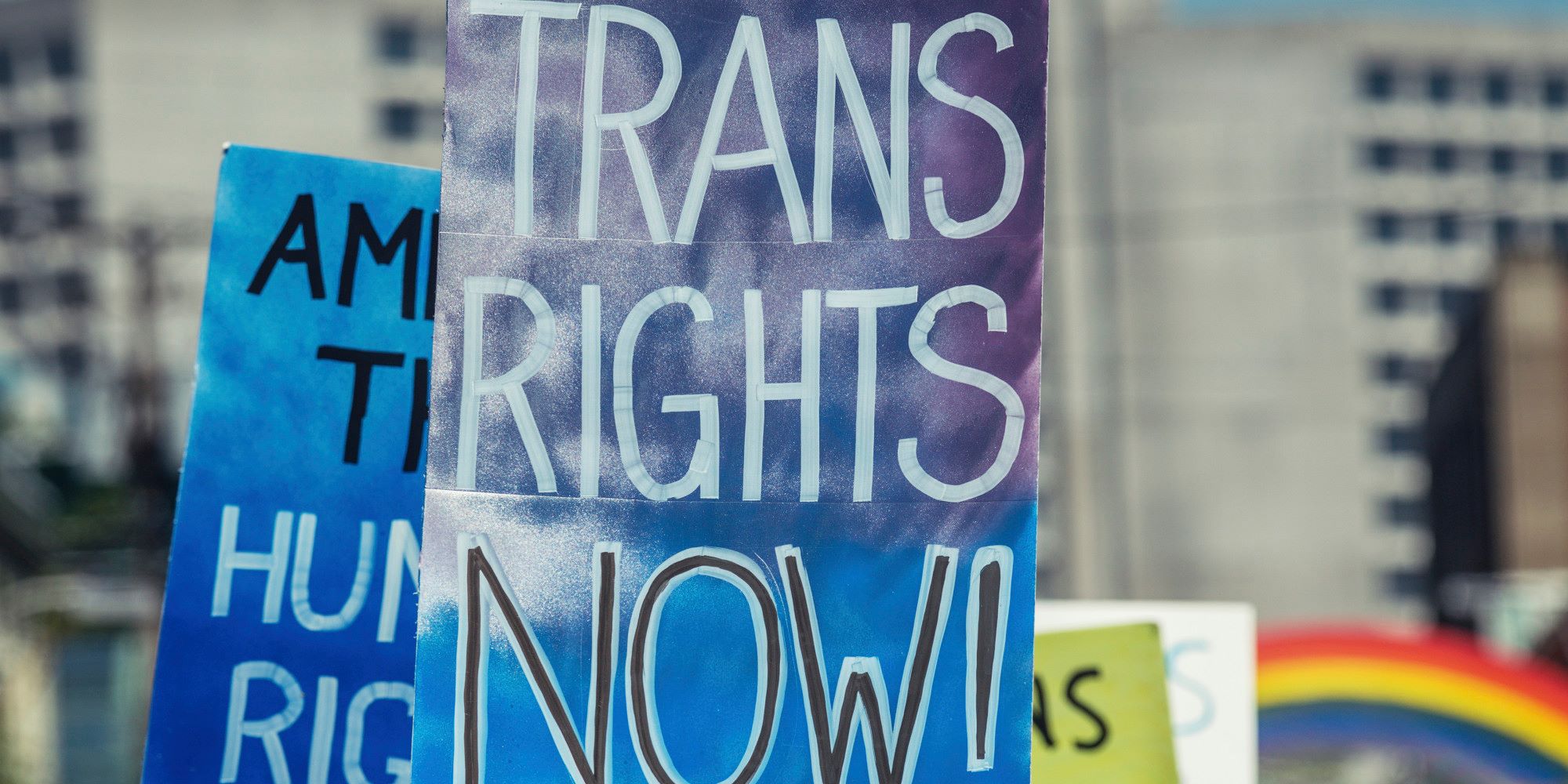 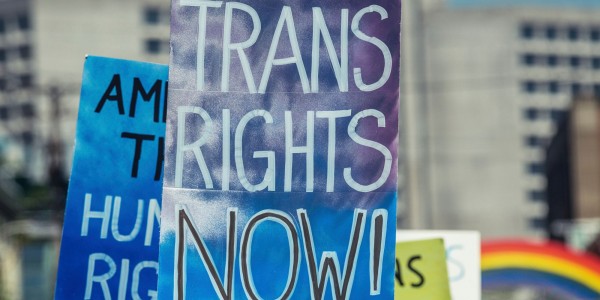 Not so long ago Kiwi politicians voted to allow gay marriage in New Zealand. This was heralded as a great success by New Zealanders, who pride themselves on their support of the rainbow community. It was a great and progressive move. Sadly the same politicians, who want to be seen as socially progressive, are failing the transgender members of the rainbow community, who deserve the same consideration and care.

This comes at a time when attitudes are changing and the inclusion of the transgender community has become a huge topic internationally. It’s a big topic because of how difficult and dangerous life can be for transgender kids and adults, especially trans girls and trans women of colour who are subject to increased rates of bullying, exclusion, a lack of access to basic needs such as housing, jobs and health support, who sometimes live in fear of homelessness and rape, and have shocking suicide statistics and a high risk of early death.

One of the biggest issues is that the perception that being transgender is not a life-threatening condition, yet it kills around 61% if untreated. This is a shocking figure, so it would seem that the sole reason for not taking transgender health seriously is misinformation and prejudice. These prejudices tend to be based on perceptions around gender dysphoria and the idea that the surgery is considered needless or frivolous. This perception is so pervasive that TVNZ viewers reportedly “shunned” the idea of funding surgeries in a recent One News poll.

Their reporting was not great and based on opinions of people who have little experience or information, but it shows that public prejudice is also high.

These worrying outcomes are very big reasons to soberly handle the question of how greater safety can be offered to our transgender loved ones. It is indeed hard to tolerate National and Labour flag-waving in pride parades in support of lesbians and gays, when they treat the transgender community with ongoing ignorance. What is striking is the government’s confusing take on funding. For example, some hormone treatment is funded but only a few surgeries are. I can’t imagine why any thinking group would fund hormone treatments but not all of the necessary surgeries to complete the process. We don’t give kids half a vaccine and say “good enough” do we? We don’t support people during pregnancy but make them foot the bill for proper medical care during birthing; we are supposed to treat conditions properly.

And the situation is dire: only 73 people are on the waiting list for surgery in New Zealand, and this list isn’t moving because the only surgeon who performed reassignment has recently retired. Currently it would take around 37 years for those 73 surgeries to be completed as the funding only provides for 3 male-to-female surgeries and one male-to-female surgery every 2 years. 37 years is a completely unreasonable length of time for anyone to wait to have essential, life-saving surgery.

New Zealand Health Minister Nathan Coleman – another MP who voted for marriage equality – displayed his shocking ignorance on the issue when he expressed he was “quite happy” with this level of funding and seems to think that funding more surgeries is “nutty”. I’ll repeat that, he thinks it is acceptable for a person to be on a waiting list for that long and presumably assumes this would unlikely have a negative impact on them. He may or may not be aware but the suicide risk of people who have access to these treatments shifts from 61% down to 41%. That is a significant difference. Currently given the lengths of time involved there is an extreme risk of people dying of suicide long before they are treated. In my opinion this is not just ignorance but an example of transphobia. He is actively preventing people from reasonable access to treatment.

In this last week we have seen a flurry of activity on this issue. Young Labour proposed a policy that would see all gender reassignment fully funded. This is important policy and it is positive that Young Labour proposed it, however the response by both the Labour Party and National was not only ignorant and negative, but their comments serve to reinforce stigma faced by that community, then to add to the problem Simon Bridges refused to allow gender identity to be included in the New Zealand bill of rights, this is unsurprising bigotry from Bridges who of course voted against marriage equality.

What was also troubling were the comments reportedly made by various Labour party members including Andrew Little and David Shearer, from whom we would hope for more. It would seem Labour is worried because Cunliffe said he was “sorry for being a man” and now gender is an untouchable topic. It was concerning reading that Little is quoted as saying “I’m quite happy with my gender” as though this is at all relevant when discussing the funding issue. Later in the week he called the recent budget a “fiscal gender reassignment” using an analogy intended on inferring the budget was – I guess, based on his other words – an unconvincing rehash – just like those who have surgery. He later apologised which was good to see. But it is sad world when people think supporting others on gender issues is somehow an inherent ‘attack’ on their own gender, or that they might see fit to use transgender people as a point of ridicule. It’s more than sad, it’s creates a huge barrier to progress.

Transgender rights activist Ahi Wi-Hongi says “It’s akin to denying people anti-depressants because he feels fine, or denying maternity care because he’s not pregnant”. If he has to state his gender status every time he discusses such policies then his rush to affirm his own solid gender reinforces the idea that it’s unacceptable to be a non-conformer. His comment was a transphobic micro-aggression against that community and distracted the entire discussion from the issue itself.
The fact is we currently live in an ignorant, transphobic country and we need to do something about that. And those politicians, who love to be counted in support of gays, are out the door when it comes to our transgender friends.

As someone who is genderqueer and in a queer relationship (my partner is trans) I’m sad to see so much ignorance regarding the issue and I think this comes from a really big fear people have of those who are different, and a fear that people will start questioning their own gender if they don’t hurry – like Andrew – to affirm it. I think politicians also feel that if they don’t dispense with the idea as “nutty” like Coleman they’ll somehow open themselves up to ridicule and loss of voter support.

We need a new wave of education and awareness that serves to humanise rather than objectify transgender people in their difference. In order to discuss these issues properly and practically those barriers of ignorance, panic and prejudice need to dissipate so lives can be saved. What is now expected of non-conformers is simply that they assimilate or face ridicule. There has to be space made in our communities for those who are different. Gender is a spectrum and we see this in nature all around us – why would humans be any different to other animals? Most people fall somewhere on the spectrum and the phenomenon of being gendered alternatively occurs regularly across all cultures.

Many cultures are accepting and supportive of transgender members however the predominant culture with the loudest voice in New Zealand is not. Demonstrations of hyper masculinity and hyper femininity are upheld as ideals.

In the last few days I’ve heard people say that transgender people are asking for “special treatment”. No. They require normal and reasonable access to the medical treatments they have a right to.

As we feel the growing acceptance for some sectors of the rainbow because of the hard work done in the past to gain this acceptance, we can’t forget all the other non-conformers – our loved ones – who need to feel the same kind of safety, respect and acceptance. I would like to see a world where everyone gets what they need, a world where we don’t have to pit one person’s medical needs against another’s as though this is a competition.

If we have social power and personal safety we should use that to provide others with the same. That is our community responsibility. It costs nothing for powerful people to be kind rather than ignorant and mean-spirited. And it would cost very little to fund these surgeries adequately when it comes to taxpayer dollars. What is even more notable is usually the need for hormone drugs drastically reduces post-surgery, and for some people 8 years of hormone treatment could be about the same cost as surgery. Theoretically the government has opted to fund hormones to a degree which may in fact be more expensive than if they just funded the surgery. They might have been able to fund surgery four times over in that length of time.

We live in a time when more and more people are coming out and discussing gender. Miley Cyrus and Bruce Jenner have both started speaking publicly their gender with a hope to be accepted. We must stop seeing people who are different as worthy of less protection or that they should be denied medical treatment, and work toward being a place that accepts and protects those who are not the same. They’re the lives of my friends and their lives matter to me. I hope you’ll come to feel the same.

I ask you to urge your MP and both Labour and National representatives to revisit their views and for you to educate them on this issue. Because right now more funding is going into the spying agency and the response by both parties has been uncompassionate to the point of threatening lives.