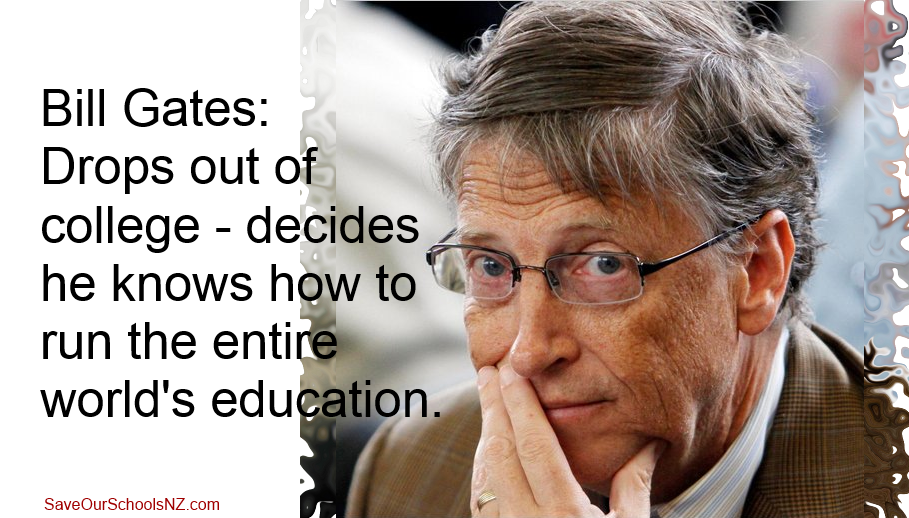 For a moment there as the budget was announced, I was relieved, at least with regards to charter schools. Only two for next year – perhaps the government are seeing the folly in it all, I thought. Perhaps they see that even the decent ones are not doing anything innovative or different and in fact are being outshone by the best of our state schools? Perhaps they see there’s no room for schools that for whatever reason don’t embrace students with high special educational needs. Perhaps they realise the cost involved is insanely expensive and the money would be better spent in public schools?

Yes, for a moment there I really thought they may be getting the idea …

Then a horrible thought crossed my mind.

Education and the TPPA

What if the reason they are budgeting for only two more charter schools in 2016/17 is because the Trans Pacific Partnership Agreement (TPPA) Investor-State Dispute Settlements (ISDS) and Trade in Services Agreement (TiSA) will make it all a moot point?

Tim Groser admitted in the House this week that there will be no TPPA without ISDS. What that means in layman’s terms is that once the TPPA and ISDS are signed overseas corporations will be able to push for changes to our laws.  And if NZ refuses to do as a corporation demands, the business can sue NZ  on the grounds that we are preventing them from making the maximum profit possible.

That’s right, companies with billions at their fingertips will be able to sue NZ.

And as Professor Jane Kelsey has pointed out, “[o]ften the foreign firms just threaten to bring these cases to harass governments and ‘chill’ them into backing off new measures the investors don’t like.”

What does all of this mean for New Zealand education?

Well, consider the huge influence billionaires such as Bill Gates and the Walton family (owners of Walmart) have had on US education:

The Waltons have funded and promoted charter schools and school voucher systems to the tune of hundreds of millions of dollars, with family members involved in many pro-charter organisations.  They are determined and they are wealthy. 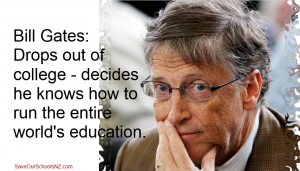 And what about Bill Gates, who has poured millions into charter schools, teacher performance pay, high-stakes testing and the US Common Core curriculum? Has it helped?  Quite the contrary – these measures have proven to be hugely problematic.  Yet, thanks to his millions, Bill Gates’ influence in US education is gargantuan.

In short, these rich meddlers are buying up education in the USA.

And once the TPPA is signed, they and others will be able to do the same in Aotearoa and we would have little chance to stop it.

No Mandate in NZ

Neither the Waltons, Bill Gates, Pearson Publishing, Mike Feinberg nor any of the other parties that might have their eye on NZ education have been elected to represent us. They aren’t NZ MPs, they have no vote here, and they don’t even have children at school here  – but none of that will matter once the TPPA is signed.

At that point, big business has the power.

Diane Ravitch, education historian and former US Assistant Secretary of Education puts it best when she says:

“There is something fundamentally antidemocratic about relinquishing control of the public education policy agenda to private foundations run by society’s wealthiest people.”

The TPPA does just that.

Just two more charter schools? Not if TPPA is signed – not a hope. And that’ll be the least of our worries.

PETITION: EDUCATION IS NOT A COMMODITY

Diane Ravitch, The Death and Life of the Great American School System, pp. 200-201