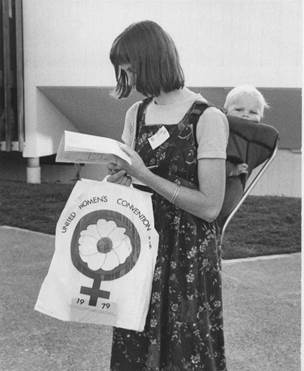 “BUT WE’RE GOING BACKWARDS!” Came the anguished cry from the table in the corner. Amidst all the sororal warmth generated by Amanda Bailey’s pulled ponytail, the speaker’s uncompromising judgement arrived like a blast of cold air from the world outside. A necessary corrective to the perky inclusiveness of the many Third and Fourth Wave feminists in the audience. The women seated at the corner table had been present at the birth of Second Wave feminism in New Zealand. It lent their intervention a special force.

As a bloke, I did not consider it my place to enter into the public phase of “Beneath the Ponytail: Women. Work. Progress?” – the second of Ika Seafood Bar and Grill’s “Table Talks”. No matter how many times the panel (Human Rights EEO Commissioner, Dr Jackie Blue; Senior Lecturer at University of Auckland, Dr Michelle Dickinson; First Union Secretary, Maxine Gay; and Labour Party List MP, Jacinda Ardern) reiterated the view that men-can-be-feminists-too, I still recall Second Wave feminists arguing that the best thing men can contribute to discussions about feminism is their silence.

Effective political memories (with the obvious exception of those gathered around the table in the corner) were in rather short supply on Tuesday night (19/5/15). Poor Jackie Blue admitted to being a young university student at the time of “Women’s Liberation” and missing the whole thing! (Although, to her credit, she is rapidly making up the lost time.) Maxine Gay, by contrast, who has been a fighter on the feminist barricades since the 1970s and 80s, was for some reason reluctant to acquaint the twenty-somethings present with the often brutal history of liberal versus socialist versus lesbian separatist versuscultural feminism. Inclusiveness was not a conspicuous virtue of the Second Wave.

Dr Michelle Dickinson’s (aka “Nanogirl”) contribution commenced with the bleak news that although the numbers of young women entering the sciences has been rising, the number who actually make use of their scientific training (especially in Dr Dickinson’s own field of engineering) remains worryingly small.

Significantly, the only viable route out of this situation was deemed to be through the good offices of sympathetic business leaders – most of whom are, predictably, men. A number of these individuals were mentioned, and it would be churlish to disparage their efforts in any way. But the fact remains that it is now only in the business world; only in the place where the values of the marketplace reign supreme; that womankind’s quest for full sexual equality is being realistically contextualised. Grasp that, and the full extent of feminism’s retreat is made apparent.

It took the Labour List MP, Jacinda Ardern, to spell out the consequences of this depressing reversal. Paired with National’s Nicky Kaye in what was called “The Battle of the Babes” for Auckland Central, Ardern was faced with a hard choice. Either, take offence at the blatantly sexist framing of the contest and forever afterwards be stereotyped as a humourless feminist harridan. Or, by taking it in good part, risk being dismissed as Labour’s bimbo. Quite rightly, she reasoned that the latter stereotype would be more easily overcome than the former and played along. More than 30 years after Helen Clark poured out her heart to a female journalist about the extreme sexism she’d encountered in the male-dominated Parliament of the 1980s, Ardern’s testimony made me wonder exactly how much has really changed.

Indeed the whole evening’s discussion – ably chaired by TV3’s Lisa Owen – had about it a decidedly self-referential quality. Just as it had on the occasion of the first “Table Talk” – about the beleaguered (now cancelled) Campbell Live – the Ika Seafood Bar and Grill had turned into a large left-wing echo-chamber. I got the strong impression that only the women at the corner table understood that the evening’s discussion – for all its undoubted passion and sincerity – was taking place in the belly of the beast: a monster whose ideological victory was as complete as it was unacknowledged.

As the Australian sociologist and feminist Professor Raewyn Connell puts it in her paper “Understanding Neoliberalism”:

“With a few exceptions neoliberal leadership is composed of men. It’s treasured figure, ‘the entrepreneur,’ is culturally coded masculine. Its assault on the welfare state redistributes income from women to men and imposes more unpaid work on women as carers for the young, the old, and the sick. Its attack on ‘political correctness’ and its rollback of affirmative action specifically undermine the gains of feminism. In such ways, neoliberalism from the 1980s on offered middle-class men an indirect but effective solution to the delegitimation of patriarchy and the threat of real gender equality.”

The young women who joined in “Beneath the Ponytail: Women. Work. Progress?”, so inclusive in their definitions of feminism, but, at the same time, so concerned to escape the shaming label of “feminazi” that men of all generations are so quick to pin upon them, seemed to bear out Professor Connell’s bleak observation.

Was that what the Second Wavers at the corner table sensed also? That the push-back had somehow been reversed? That the enormous sense of empowerment, of emancipatory élan, that had characterised the feminist revolution of the 1970s and 80s, had, without anyone really noticing, been subsumed in something much, much larger?

It’s not as if the many gains of the Second Wave have been rolled back – not at all – but rather that, in some ill-defined way, they no longer matter. As if all the changes that were extracted with so much pain and effort could only ever have been effective in a more caring, just and equitable world – the world which the triumphantly masculine Neoliberal Revolution long ago destroyed.