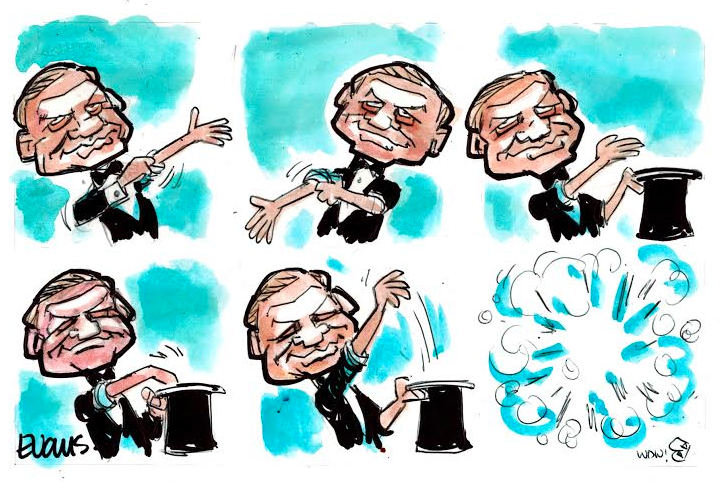 There is much trumpeting about the 2015 Budget announcement of payment of benefit increases of $25 to parents. It’s not really a benefit increase; it’s a child allowance in lieu of the In-Work-Tax-Credits ($60 per week) payable to non‑beneficiaries with children. And this allowance comes with still more terms and conditions.

The benefit today represents less than half of its 1974 income share. On historical equity grounds it should today be $419 per week. (If the 1974 benefit had only kept up with inflation, it would be $268 this year.)

Beneficiaries who might qualify for this new child top-up will face much tighter controls that in the past; a requirement to work 20 hours per week if their youngest child is aged 3. We are told that these controls equate to the requirement to behave ‘responsibly’. But to be responsible, you have to have agency. Beneficiaries, by virtue of these controls are being denied agency.

Some choices do exist when there are conditional entitlements. It’s no coincidence that many rich people declare their personal market income at $70,000 per annum, which is the upper tax threshold. They have received tax avoidance advice, and have chosen to arrange their financial affairs accordingly.

How does a beneficiary with children – probably a woman – rearrange her affairs?

If she is going to be forced to take an inappropriate job, she might prefer to make her own choices instead. She may partner, and move onto the In-Work-Tax-Credit if her and her partner’s combined hours are at least 30. (She wouldn’t want a partner on a zero-hour contract, of course. How can they access In-Work-Tax-Credits?) We note that inappropriate repartnering is a huge risk factor for family violence. Instead, she might repartner briefly, have another child, and then departner. She would thus avoid the work test and might be able to look after her children in the way that she thinks best; not the way that Work and Income think best.

She may find a 20-plus hour job other than the one Work and Income wants her to take. She may choose to take employment in the sex industry. At least she would earn more than the minimum wage, and, being legal, such work would fully meet the legislated conditions on her benefit. (Even better for the government, her new employment status might give her an entrepreneurial career pathway from a sinful dependent stay-at-home into an independent businesswoman. Dependency has become the greatest sin of all since the Ruthanasia period of the 1990s. Career aspiration is the greatest virtue.)

What jobs will Work and Income be pushing onto their female clients? My guess is low-wage jobs in the rest-home sector will be near the top of the list. Indeed this benefit policy might just about be regarded as a way of sourcing cheap labour in what is clearly going to be the growing service market over the next three decades.

What might be a better way? The Budget policy is one of tightening welfare conditionality and selectivity; otherwise known as targeting and means-testing. (We might also note that, in the Budget, effective marginal tax rates on Family Tax Credits are going to increase as these payments increase slightly. This means, for low-income ‘working’ mothers, slightly less poverty but a bigger poverty trap. Most qualifying ‘working’ mothers are mothers with employed partners; not employed mothers.)

If the government was to lower the rate on the 30% statutory tax bracket to 28% that would have precisely the same meaning as increasing benefits to everyone earning over $70,000 by $440 per year. They would receive an extra $440 of publicly sourced money in their electronic wallets every year.

At least 90% of all adults in New Zealand qualify for either a fiscal benefit or a Work and Income benefit, or a combination of both. The only ones who do not qualify are (mainly women) being supported 100% by their partners, and some students who depend 100% on a mix of student ‘loans’ and their parents.

Some people might say that you cannot redefine what is a tax and what is not a tax. Wrong. Academia exists to investigate the realities that underpin our superficial notions and observations and obfuscations. Bill English calls the new international travel tax a ‘levy’. The rest of us call it a tax. It will be a tax, whatever it is called in the legislation. The grandmother of someone I know was listed in the cemetery records as ‘male’. But that did not make her a man.

Whether based on principles or pragmatism, there is no better way to define income tax than as a 33% share of income. What such a definition reveals is that everyone is a beneficiary, and that every firm in New Zealand receives corporate welfare; some much more than others. Relative to the 33% benchmark tax rate, the company tax of 28% is actually a 5% subsidy to companies. That’s OK; benefits are good, not bad. (Just look up the etymology of words like ‘benefit’ and ‘welfare’. Shareholders of Spark are beneficiaries of Spark; that’s good.) We should just be honest about this corporate subsidy. If we are honest and transparent about the present then we can see better policy pathways for the future; albeit pathways that are presently obscured.

What does this all mean for a female beneficiary whose youngest child is about to turn three? Well, what if we removed all the conditions around her benefit, just as persons earning over $70,000 have no conditions on their benefits. We would give her agency. We would give her the responsibility and the opportunity to make her own choice about how her child is cared for and about what kind of contribution outside the home she performs.

Why might people work in rest homes? It’s hard work. It can be unpleasant work. But it’s also community service work. People with agency will resist exploitation and control. Present policy forces people – especially women – into exploitation. But, if given a choice, people choose to do service work – even unpleasant service work, and even at low wages – so they can contribute to their communities in positive ways. Most assuredly, it is not the normal condition of humanity to be lazy, living unashamedly off the labour of others. Given agency, perhaps 90% of us will contribute more, not less.

By redefining what portions of our present incomes are privately-sourced and what portions of our present incomes are publicly sourced, we can see that almost all of New Zealand resident adults are presently beneficiaries of NZ Inc. And we can see that the remaining few most assuredly should be beneficiaries as well. Universal welfare, equitably and well designed, gives positive choices. Especially, it gives us the choice to serve without being exploited. We are all beneficiaries; not just the poor.