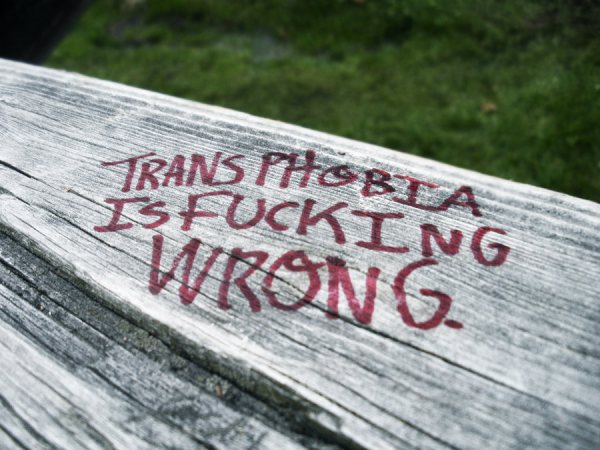 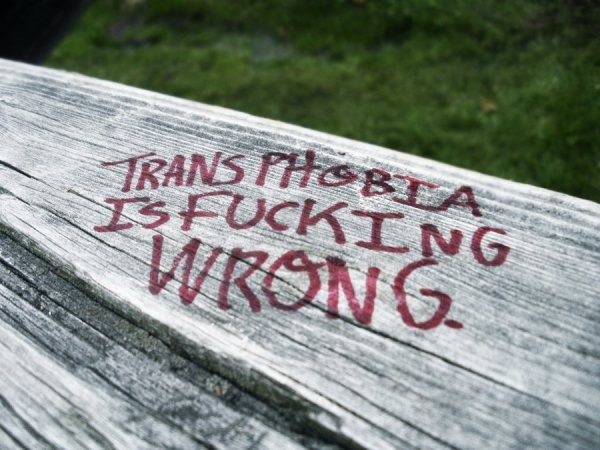 Unable to hide its culture of misogyny behind the flag debate, National’s Dirty Tricks Department is bashing the transgender community in an effort to divert attention from its gross excesses.

Unbriefed politicians on both sides of the house have fallen over themselves to condemn Young Labour remits aimed at creating a policy of free transgender healthcare.

“I didn’t vote for it,” said colleague Stuart Nash.

“I haven’t given it much thought,” said Leader Andrew Little.

The story is clearly a beat-up. A National spy has reported from a confidential forum where Young Labour’s remit was adopted and conspired with reporters to help tap into a deep vein of prejudice.

That much of ongoing transgender healthcare is already subsidised here was obviously lost on the Minister in charge. Effectively he’s identified himself as an insane spender of valuable taxpayers’ money at a time when poor Bill English says he can’t make ends meet.

Many might share Pam Corkery’s view of journalist Brooke Sabin. I couldn’t possibly comment other than to say his evident glee when reporting is something he should learn to suppress. It’s a very bad look for someone pretending to be a reporter. Surely his bosses could find someone who keeps a straight face as he sells their snake oil.

Little’s comments, also clearly off-the-cuff weren’t thought out, in my view, but the fact that he made a joke about it doesn’t reflect the grass roots support transgender people are gaining for equal human rights.

Caught on the hop, perhaps, but Robertson has been roundly condemned as yet another example of cis-gender gay men throwing the trans community under the bus. Grant’s support of transgender people’s causes was overshadowed by his statement that free trans healthcare was “complicated.” Trans advocates have been very vocal about there being nothing complicated about equality.

Nash, who voted against the remit when it was passed at the Hawke’s Bay regional conference, is a pragmatic chap. Clearly no one has sat down with him to explain the simple economics of trans healthcare. If someone did, he’d be lobbying for it.

It’s simple really. We already fund drugs which are used to adjust people’s hormones. Tuning hormone levels is something GPs do with many patients. Some are willing to do it with transgender patients and, in accordance with protocols, prescribe. Trans hormone treatment is now long accepted, mainstream medical treatment.

There’s a good reason for the taxpayer funding this. Accountants have realised that a failure to offer treatment carries a greater cost. Denied access to treatment, trans people’s prospects of having a productive life usually go down the drain. Instead of going on to lead productive, tax paying lives, the accountants realised that they became a drain on the system, using up other health resources as they self-harm, commit suicide or simply slide into the abyss of depression.

Even more eye-watering for the accountants examining the bottom line is the cost of suicide to society. A survey of 8,000 Auckland high school students revealed 1.2 percent were transgender. Nearly 20 percent of those 80-plus kids had attempted suicide in the previous 12 months. The cost of a young, educated, nurtured life has been estimated at three million dollars to the community. I’d hope we’d see this with a little more humanity, but suddenly trans health equality seems like good value. Perhaps what was left over wouldn’t feed all the kids, but it’d be a good start.

Trans people commit suicide every year in this country. By short changing us on healthcare as successive government have, they have cost the country a fortune. Never mind the human cost or the disgraceful and shameless failure to comply with our United Nations human rights obligations. And never mind the little boy who finds his cold sister hanging from a tree, or the parents who just wished they’d listened to her instead of the hate spouted by a bigoted populist government.

At a time when the trans community should be encouraged by advances in visibility and influence politically, yesterday brought a double blow as a Simon Bridges blocked Louisa Walls effort to get gender identity included in the Human Rights Act.

Echoing what Crusher Collins had done last year, he confirmed that giving transgender people recognition under the Act was too “controversial.” What? Accepting me as human is controversial? As a lobbyist for trans rights, I don’t like to burn bridges, but there are plenty in the community who’d make an exception for Simon.

The combination of it being too controversial for Human Rights Act inclusion and a National Government intent on restricting or reducing our healthcare it’s understandable that some advocates are saying our fight for equality has been set back decades.

It’s understandable that some might see me as naïve for taking encouragement from grassroots support within Labour for trans inclusion and being dismissive of the damage caused by this targeting of the trans community for political gain.

But I like to see the glass as being more than just half full – it comes with a free glass too. I guess when life gives you lemons, build a big spud gun and fire them at your enemies. For the optimists among us, the inequality faced by the trans community has again been highlighted by the events of yesterday.

We’ve learned that the Minister of Health is a quack who will call mainstream, funded healthcare “nutty” if he thinks it will divert media attention from the Government at a convenient time. Flying in the face of accepted medical practise and ignoring the economic reality reveals this as merely a sideshow where it’s hoped we won’t notice what’s happening on the main stage. After all, the quack in the tinfoil hat beating on the transgender person is certainly a spectacle which draws the eyes.

One doesn’t have to be paranoid to see Simon Bridges’ blocking of bill that would grant us Human Rights inclusion as more than a coincidence. Clearly National is lining Labour up on its support of the transgender community. The leak, the media beat up, the blocking of HRA inclusion are seen by some as a growing pattern of attack on a vulnerable community. As I wince at the pain I’m seeing expressed, I can’t help but look over at my glass and notice that it seems less full than it did on Monday. Kudos for Young Labour for promoting this issue. It’s just a shame it’s showed the ugly underbelly of prejudice that trans people continue to face.