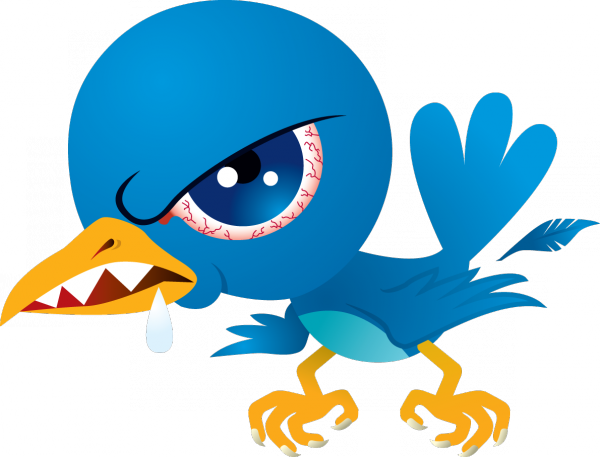 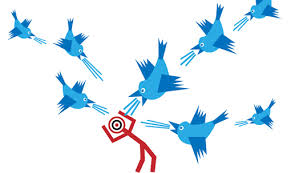 As the Left struggle to comprehend the magnitude of the loss in Britain and NZ, there is a lot of neurotic finger pointing and blame being pointed at Twitter and social media as a delusional angry voice that is out of touch with the rest of society.

You want to hear the wounded privilege of a herd of dinosaurs bemoaning the meanness of Twitter, tune into this group therapy session comprising of Guy Espiner, Bill Ralston, Tim Watkin and Gavin Ellis. The overwhelming right wing bias of the mainstream NZ media means that progressive opinion has moved online and as mainstream media increasingly invades into that online space, the biased right wing mainstream media are surprise at the vitriolic response.

It’s like Fox News not understanding the boos they are getting from a Pride Parade.

Is Twitter and social media liberal, angry and out of touch? Of course it is!

In the mainstream media of NZ, there are hardly any left wing progressive voices. We have a landscape dominated by Mike Hosking, Paul Henry, Neoliberal cheerleader Guyon Espiner, and the NZ Herald whose editor wrote Key’s awful biography. In the Sunday Star Times, Phil Goff and Judith Collins are the supposed two sides of the argument. Only in mainstream media could the right wing of the Labour Party and the Right Wing of the National Party be considered ‘balanced’. Radio NZ still has Dirty Politics operators Matthew Hooton and David Farrar on regularly, yet I was banned for life because I criticised the PM (it was pretty funny having RNZ journalists calling me desperately 2 weeks ago for comment on the PM and the Waitress, I kept asking them if my life ban had been lifted. Goodness they are pleasant when they want something from you).  Bob Jones for Gods sake wrote a snuff column for the NZ Herald, where these right wing muppets get off being wounded is something they need to share in some reflective counselling sessions, not with the rest of us.

The whining we are hearing about social media is predominately from white males who have had their privilege challenged and delicate feelings hurt. Yes Twitter can be rough with a pile on or two from the Emerald Stormtroopers of Wellington, and sure it hurts when people you respect talk trash about you, but there’s a block button for a reason, and simply turning those voices off is far easier than tuning out of the entire conversation.

The Left is its own worst enemy because while the Right loves itself, the Left hates itself. The Right look for converts, the Left looks for traitors. 30 years of neoliberalism as the centre has killed off the Left’s confidence to proudly articulate left wing ideas. Hell, I’ve ended up despising people on the Left with as much passion as I detest the Right. The need for change to alleviate the suffering on the weakest creates anger, and if channeled correctly can change society, but without a unifying confidence, the Left will simply bicker with each other because the policy solutions cooked up aren’t there to do anything more than try and win over the middle. This results in politics of the bland, not the socially just. I see little point in championing a Labour Party who will only be slightly less awful than what we have with National.

So yes, the Left has much to argue about and be angry with, but to write off Twitter and social media as a delusional echo chamber misses the point. I love Twitter for the ability to hear voices I would never hear in the mainstream, and yes it’s angry because our perspective is never reflected in the mainstream media. Blaming Twitter and Social Media for being a response to right wing mainstream media doesn’t mean those progressive voices are wrong, just that they are the minority right now.

*This is an update – some comments have been removed as they were offensive to people who were involved in them. My apologies.