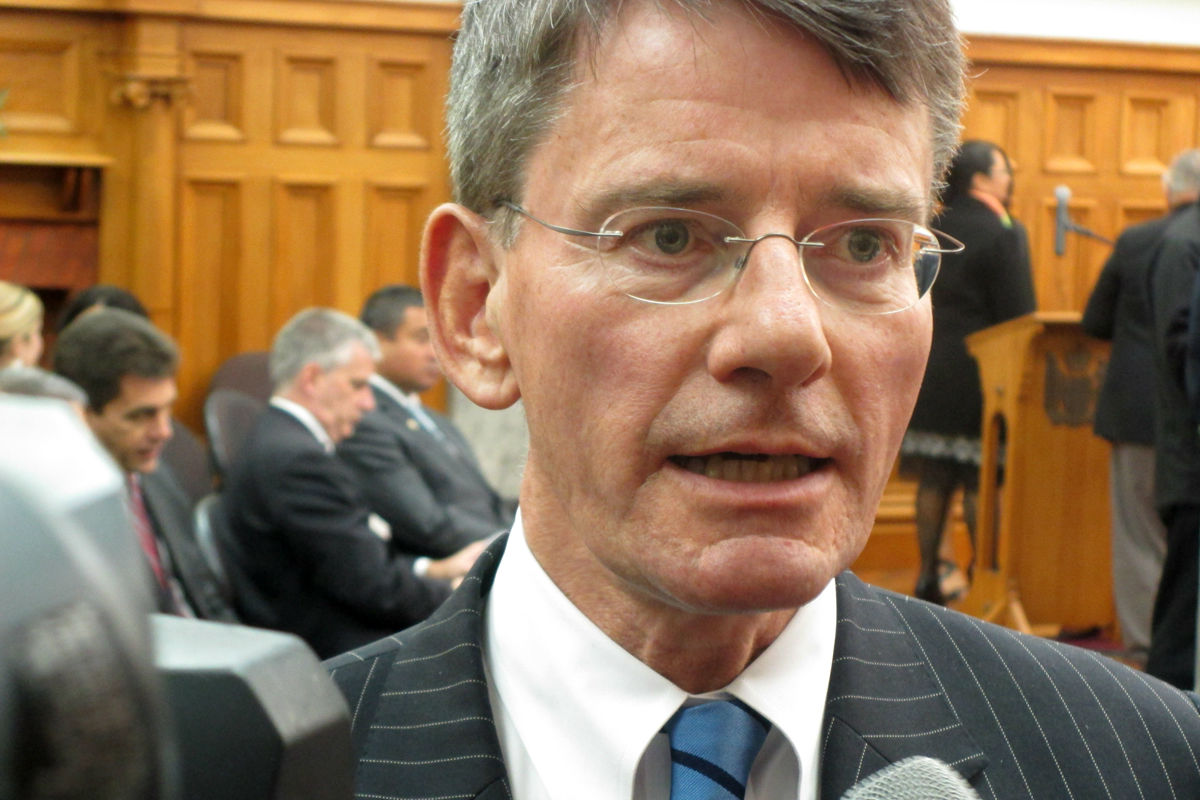 It’s not often that Ministers of this increasingly desperate and inept government make a statement that is unerringly accurate – but on Friday 15 May, on Radio  NZ’s Morning Report, GCSB Minister, Chris Finlayson did just that. Minister Finlayson painted a picture of Dear Leader John Key that every critic of this government would agree with.

Espiner: “Ok, when this become public in the NZ Herald,

one comment was that this was a back-ward looking

anti-American bunch of plonkers. That’s what these guys

are, they’re not interested in the future of New Zealand,

or making it stronger, they’re just opposed to the

government. Do you agree with that view?”

Finlayson: “Oh look you always get that kind of wild

eyed stuff from the right, just as you get the —“[drowned out by cross-talk]

Espiner: “Well that was from John Key I was quoting.

That was John Key, your prime minister who said that.”

Finlayson: “And you get the wild apocalyptic comment on

the Left. The fact of the matter is that there are lot of

people who are —” [drowned out by cross-talk]

Finlayson put his foot in it. The tendency of National ministers to react badly to any form of criticism has become more deeply ingrained the longer they are in power. They are unable to listen to alternative views, treating all criticism as a verdict of failure.

A prime example of this kind of aggressive defensiveness was highlighted by the “wild apocalyptic” abuse meted out by John Key to visiting US journalist, Glenn Greenwald;

“This is what happens when you hack in to illegal information, when you wander down to New Zealand six days before an election trying to do Dotcom’s bidding – what happens is you get half the story.” – John Key, 14 September 2014

“People got really wound up about me calling him Dotcom’s little henchman. I would have a modicum of respect for the guy if he had the guts to turn up here six months before the election, or six months after. If this loser [Glenn Greenwald] is going to come to town and try and tell me, five days before an election, staying at the Dotcom mansion with all the Dotcom people and being paid by Dotcom, that he’s doing anything other than Dotcom’s bidding – please don’t insult me with that.” – John Key, 15 September 2014

Previous comments by John Key to Nickey Hager, Jon Stephenson, and others who dare critique this government is indicative of the Right’s sensitivity to dissent.

Which also happens to highlight Key’s sheer hypocrisy earlier this year when he had the gall to defend freedom of speech and the right of the media to question;

“The targeting of journalists going about their daily work is an attack on the fourth estate and the democratic principles of freedom of speech and expression, which must be strongly condemned.” – John Key, 8 January 2015

Perhaps condemning “targeting of journalists going about their daily work” and  on “the democratic principles of freedom of speech and expression” would sound more credible if we  started closer to home? And by ministers of this government?

Otherwise, Mr Key begins to sound like “wild eyed stuff from the right“, making “wild apocalyptic comment[s]”, to his own Ministers.

The truth, as always, slips out.

Previous instances of critics coming under sustained public attack by this government:

Personal WINZ details released to the media by Social Welfare Minister, Paula Bennett, to discredit both women after they criticised National for canning the Training Incentive Allowance (which Bennett herself used to pay her way through University).

Jon Stephenson, journalist
John Key derides Stephenson’s research into NZ activities in Afghanistan: “I’ve got no reason for NZDF to be lying, and I’ve found [Stephenson] myself personally not to be credible.”

Nicky Hager, writer, researcher
John Key dismisses Hager’s book, on CIA involvement in NZ military activities in Afghanistan:  “I don’t have time to read fiction,” quipped the Prime Minister, adding that the book contained “no smoking gun”, just supposition, which, “makes it business as normal for Nicky Hager”. (Despite the book having 1300 footnotes to referencing documentation.)

Robyn Malcolm, actor
Criticises the John Key led National government for it’s failures at a Green Party campaign launch, and is, in turn, vilified by the ‘NZ Herald’, and by one-time National Party aspiring-candidate, Cameron Brewer.

Bradley Ambrose, journalist/photographer
Investigated by police after complaint laid by the Prime Minister, over the “Teapot Tape” affair. Ambrose investigated and interviewed by Police. Media office raided. Property seized. Eventually, no charges laid. Government considered seeking costs of $13,669.45 from Ambrose – but eventually decided not to.

ACC Claimant, Bronwyn’s Pullar’s personal details are leaked to the media and to a right wing blogger, who has been given her full files, emails, etc. ACC Minister, Judith Collins, and her office are implicated.

Dr Mike Joy, environmentalist, scientist, academic. Attacked by both John Key and right wing “media relations/publicist”, Mark Unsworth, for daring to tell the public the truth about New Zealand’s polluted waterways.  On 21 November, Unsworth sent a vicious email to Dr Joy that showed the state of mind of Unsworth to be bordering on unhinged.

When Annette Sykes criticised the appointment of sportswoman Susan Devoy to the role of Race Relations Commissioner, Minister Judith Collins responded with “Annette Sykes is a stupid person”.

Katie Bradford, Parliamentary Press Gallery, and TV1 journalist.  Judith Collins makes allegations to a TV3 journalist, that  Ms Bradford asked the Minister to intervene on behalf of her (Bradford’s) husband to join the police force. This is refuted by Ms Bradford as untrue. Collins later apologises.

John Key refers to to visiting US journalist, Glenn Greenwald, as Kim “Dotcom’s little henchman” and a “loser”.

John Key’s “pinch of salt” style of telling the truth

A Question to Hugh Rennie, Counsel for the NZDF

“One law for all” – except MPs