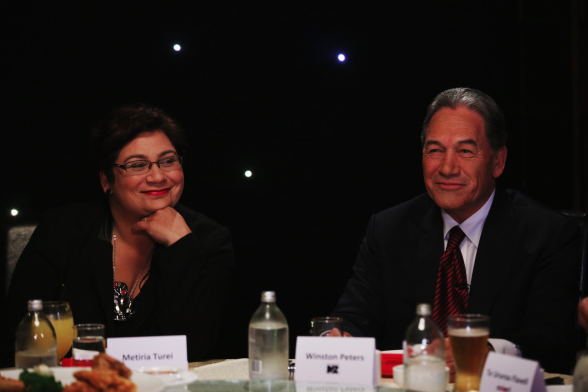 Over the weekend, our friends in the Green Party announced a pretty cool policy: extending Kiwisaver to cover kids.

Establishing Kiwisaver accounts for newborns, replete with thousand-dollar kick-starters, is an excellent idea; and the near-$13,000 nest-egg a young person might have by age 18 is quite rightly being hailed as a “game-changer“.

Good thing, then, that New Zealand First was (as per usual) AHEAD of the game when we proposed exactly the same thing almost a year ago in August of 2014.

They say imitation is the highest form of flattery; and while some parties might get a little hot under the collar when their good ideas get taken up by others (e.g the present furor from Labour over National’s decision to levy a sort of capital gains tax on housing) … over here in New Zealand First we recognize that the politics game is about changing hearts and minds in order to implement policy.

A fellow Parliamentary party picking up on one of our great ideas is therefore nothing to be annoyed about. It’s one more ally in the fight to effect change.

So while I could well understand it if Winston were to be vaguely annoyed that press coverage seems much more positive for the Green Party’s announcement as compared to our own policy launch … I’m also somewhat more prosaic about what this means in practice.

Instead of castigating the Green Party for plagarism of our policy, I’m therefore CONGRATULATING the Greens for seeing sense and being sufficiently impressed with our idea that they’ve taken it up for themselves.

After all, successful politics is about working together; and co-operation is made that much more fruitful when you’re demonstrably singing off the same song-sheet to begin with. It’s also quite satisfying when your dance-partner defers to you in following your lead.