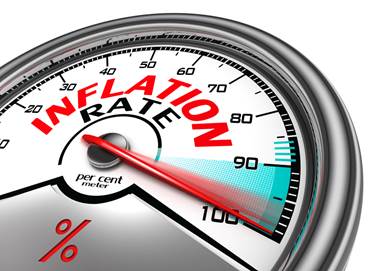 IN 1969, my dad took everything he owned and everything he could borrow and invested it all in a house. It was a bloody nice house and a wonderful family home, and, thanks to the high inflation of the 1970s, my dad had no problem paying off the mortgage. It’s been so drummed into us that inflation is a bad thing, that it’s now quite difficult to grasp how much help inflation can be to those who (like just about all of us) are required to borrow large sums of money.

The reason is simple. A steady rate of inflation means that with every passing year one gets to repay the nominal sum borrowed with dollars that are worth less and less.

This is most easily illustrated under conditions of hyperinflation. The most famous example of hyperinflation occurred in Germany in the years immediately following World War I. Military defeat, political instability and economic collapse saw the hitherto stable German Mark plummet in value until it was, quite literally, worth less than the paper it was printed on.

Those who had lent money were wiped out. Debts amounting to millions of marks could be repaid with a single banknote – a banknote whose purchasing power was less than a loaf of bread. The German middle-class, which had made a great virtue out of building up its savings, was also wiped out. Before the inflation, having a hundred thousand marks in the bank meant you were well-off. In the midst of the hyperinflation, a hundred thousand marks wouldn’t buy you breakfast. By the end, middle-class households were paying their servants a billion marks a week!

And that was the rub. Those who had jobs and debts – but very little else – emerged from the hyperinflation more-or-less unscathed. Yes, there had been the inconvenience of having to carry around enormous wads of paper money, but that was more than offset by being able to repay one’s creditors without effort. So, when the German government was, finally, forced to issue a new currency, and the old, now worthless, banknotes were used to fire the factory boiler, Germany’s working-class – who were not great moneylenders, and had no savings to speak of, found themselves in roughly the same position on the social hierarchy as before. Germany’s ruined middle-class, however, discovered they were no better off than the family of a common labourer. Not surprisingly, they blamed and hated the “progressive” German state that had overseen their social disgrace. When Hitler’s Nazis promised to destroy it, the German middle-class was only too happy to supply them with the necessary votes.

Clearly, different social classes experience inflation in very different ways. For those on fixed incomes, rising prices can only lead to a steady decline in their standard of living. If, however, one’s income is regularly adjusted to keep pace with the rising cost of living – as happened in the days of powerful trade unions – the worst effects of inflation can be ameliorated. Moreover, if thousands of people’s mortgage repayments are made easier by inflation, then the virtues of forcing it out of the economy are far from clear.

To those trying to live off an inheritance, or some form of annuity, however, tackling inflation soon becomes an urgent necessity. This is equally true for the banks and financial institutions, to whom inflation holds out the grim prospect of imposing a negative rate-of-return on their lending and investments. And this is precisely what happened in the 1970s, when governments, keen to retain the support of wage and salary earners busily paying off their mortgages, kept interest rates artificially low.

Thinking about inflation as a reflection of class power, it’s a lot easier to make sense of the dramatic shifts in monetary policy that have characterised the last 30 years. If the wealthy (who else lives off inherited money, annuities and “coupon-clipping”?) and the wider financial sector were not suffer the fate of the German middle-class (albeit in slow motion) then inflation would have to be driven out of the economy. That would entail removing the control of monetary policy from politicians and vesting it in the central bank. It would mean destroying the capacity of trade unions to secure automatic cost of living adjustments. Most of all, it would entail making people’s debts real – so that those who lent them money were guaranteed a positive rate-of-return.

My dad’s generation did well out of inflation. And my own generation is doing well out of the scarcities engendered by the measures adopted to drive inflation out of the economy. For the younger generation, however, for whom debt is all-too-real, and from whom scarcity is demanding the surrender of the hopes and dreams their parents took for granted, the virtues of inflation remain to be rediscovered.