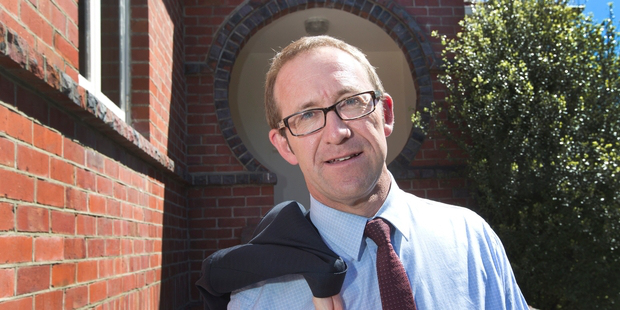 Yesterday The Labour Party posted this to their facebook: 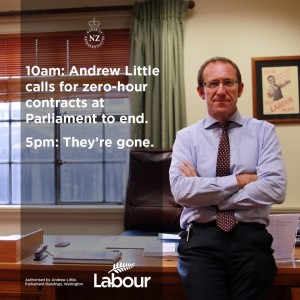 Seriously? Labour thinks because Andrew Little called for an end to Zero Hour contracts, magically, hours later they are axed? Not even close. I understand Andrew’s claim only refers to ending Zero Hours in Parliament but, at the very least, this statement by the Labour Party is pretty misleading. Especially because it makes no reference to Unite Union‘s tireless efforts to roll back these brutal and unfair contracts or the brave service workers who spoke out against Zero Hours. Through their collective efforts they forced Carls Jr, Burger King, KFC, Starbucks and McDonalds into pledging they would end their use of Zero Hours.

Andrew Little may have only taken a mere few hours to end the use of Zero Hour contracts in parliament (9 workers have been subject to them in parliament) but his quick and fast victory was made so easy thanks to the grunt work of union delegates, activists and fast food workers on Zero Hour contracts who spoke out at great personal risk. The workers were often subject to their shifts being cut and bullying tactics by management for their bravery as shown in an email from a McDonald’s worker to Unite Union saying, “I am definitely against zero hour contracts at McDonald’s. I’ve been working there and I have literally struggled with my house expenses and the level of bullying was extreme.” A workers rights activist, said in response “Nothing like a victory [in parliament] to erase those that paid the price.”

It took Andrew Little such a short space of time to win this victory against Zero Hour contracts because of the hundreds of hours that activists and union delegates had already put in to ending these contracts. Considering Andrew was a Trade Union official himself, it is disappointing he did not give credit where credit was due.

Labour needs to be reminded that landmark change comes from the bottom of the pyramid not the top. Colossal, long lasting change that benefits the political underclass – not the rich and powerful – will always come from the unknown people who speak truth to power, no matter the cost. They need to recognise and honour this. Not, ignore it and claim victories over Zero Hour contracts in Parliament without first pointing out what made this victory, possible.