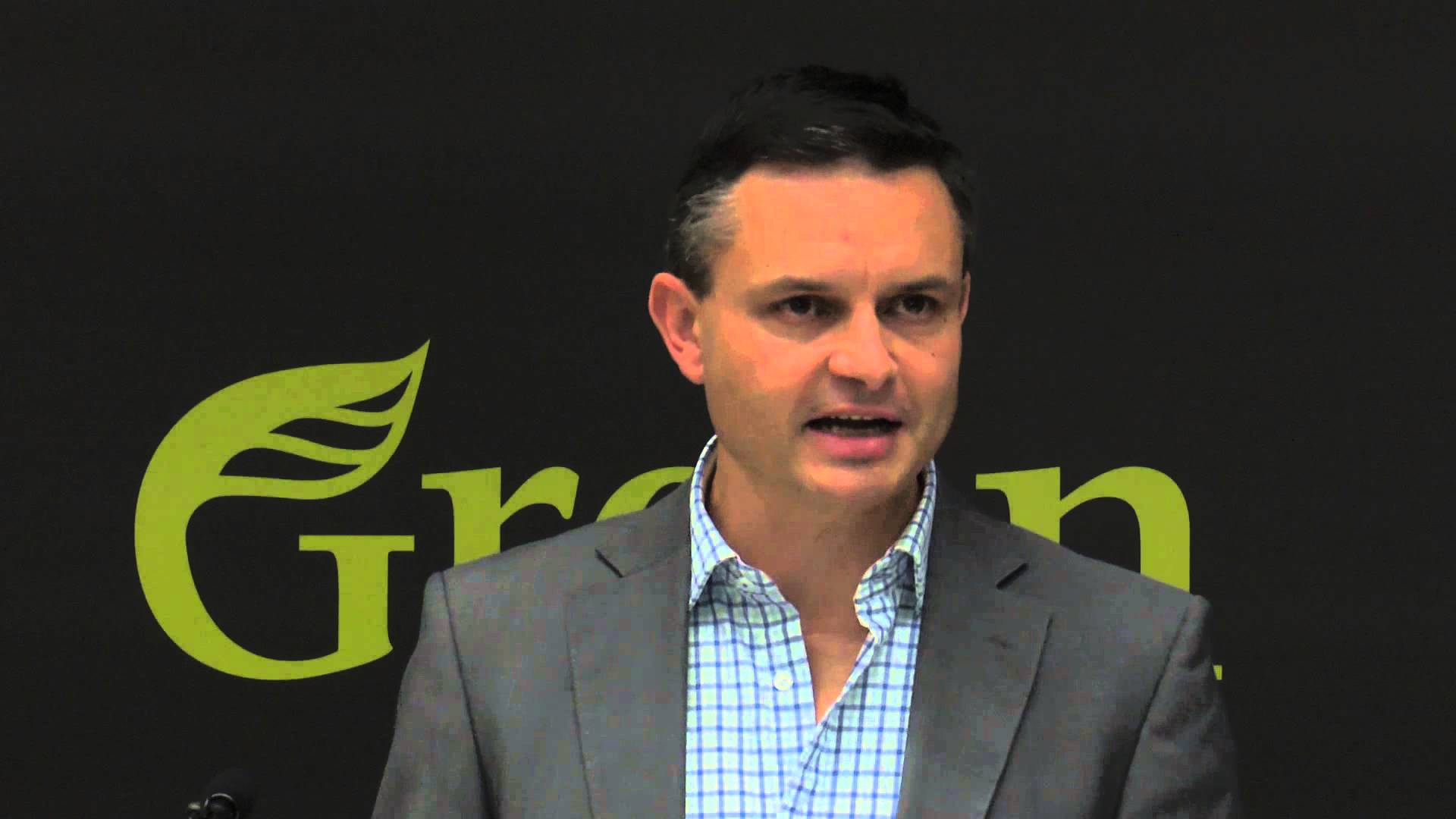 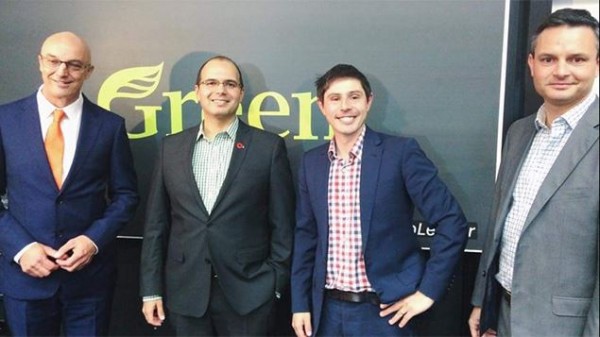 I’ve had many people ask me my opinion of the Green Party co-leader contest. In the early stages I predicted that Kevin Hague would win, but that Gareth Hughes should. That was before James Shaw entered the race.

His nomination changes my mind on both points. Firstly, I think James Shaw can win the leadership. Secondly, I think he should.

Now, I’m on record as holding all four contenders in high regard. So don’t read this contribution as beating up on anyone. All can and should contribute to both the internal work and the presentation of the Greens to the public. All could work well in Cabinet or champion issues in opposition or from the cross benches. The Greens are lucky to be spoilt for choice here.

Before looking at the other options, I need to explain why I am not backing Kevin. Yes, he is the senior of the four and an old friend. He has had many successes as an Opposition MP. He’s also been an important backroom player, smoothing ruffled feathers and providing guidance on strategic planning at the caucus level. That’s why he is the front runner. He has heaps of support in the public health sector, who would have been pretty disappointed that the election outcome meant he missed out as Health Minister. This is what he should do next time. But I don’t see the portfolio as a defining one for the Greens. In fact it’s a risk portfolio for them – and he manages the risk well. He advocates vaccinations and fluoridation, not an obstacle-free course for a Green health spokesperson.

So Kevin is undoubtedly clever and principled.

But I don’t see him attracting new support to the Greens, and to the extent he does it is likely to be at the expense of Labour – a zero sum game. His natural milieu in the public health sector and rainbow constituency is already Green or Green-friendly Labour, and from a broader left point of view that’s good enough.

This co-leadership change is a time to think about constituency building. With Metiria Turei staying on, and considering the generally “mature” Green caucus and their established networks, there is already plenty of attention going to those naturally interested in progressive politics in general and the Green kaupapa specifically.

What is needed is a high-energy focus on what, for want of a better description, I’ll call “Generation Internet” constituency. This is not just an age-defined constituency, although it is largely younger. The constituency is free of the ethnic, sexuality and other prejudice often attaching to traditional Labour and National aligned groups. It wants jobs with socially and environmentally responsible organisations and businesses, but does not (for better or worse) identify with the traditional institutions of social democracy – Labour and the unions. It wants less regulation of private choices like drug use.

“Generation Internet” is on a big learning curve. Its assumptions are of freedom, but its reality is student loans, mortgage and consumer debt, a plethora of trivial consumption expectations and other real freedom barriers. Mostly, its parents had secure work and are heading into or enjoying prosperous retirements in freehold houses. This constituency was born in public hospitals and went to state schools, but assumes it needs health insurance and if it could afford to it would pay for private education before digging in to help out at the local school. It used to be certain about global warming but finds the sophisticated excuses for maintaining high carbon lifestyles appealing. You couldn’t get a better demonstration of “false consciousness” than exists in this crew, and they’ll need engagement not preaching to abandon that.

The more financially secure in Generation Internet care about inequality but mostly struggle to empathise with contemporaries whose lives are so utterly different from their own. They don’t get the welfare state. Yet, a not-insignificant section of the constituency live those very different lives – having grown up in households defined by the 1991 benefit cuts, the internet is the most equal and neutral domain they inhabit.

This constituency, mostly living off the vestiges of 1950s wealth, but infused with the innovative survivors of the 1990s, is nursing the next generation of leaders. They have no choice. But as wealth becomes concentrated at the top, so too does leadership. If, as the Greens intend, that generation can be oriented to planet protection and equality, then they have to connect the two ends of this constituency with each other and question shibboleths of left, right, and yes, Green. We are at a time in history where you can’t say “just because” and expect the kids to accept it.

Imagine the Greens as the Party that says “invent the future with us” to this generation. And if they really mean it, if they really mean to bring this constituency into the game (the infinite game) then they cannot predetermine the outcome. They cannot have all the answers. They must be able to project uncertainty as well as they already project belief. It would be possible, but inauthentic for Kevin to take this course.

So, to the other choices. I couldn’t support Vernon Tava. He’s muddled up about coalition scenarios, confusing independence with neutrality viz the two major parties. Current Green voters (and these cannot be toyed with as Labour rebuilds) are not neutral between Labour and National. When Russel Norman sowed the tiniest bit of doubt about this in the last week of the 2014 election campaign he lost Green votes. The new constituency might not care so much, but that’s where leadership counts. Everything that sustains National is about reducing the scope for questions. And it is questions that the new constituency get to ask, and answer.

So that leaves James Shaw and Gareth Hughes. Before James entered the race I made a marginal call in favour of Gareth over Kevin, based mainly on energy levels and a view to the longer term. He sits snugly in the internet generation. But it’s his slickness that misses the mark for me. Leaders who don’t know everything are needed more than those who do. Gareth hoovers up ideas and turns them into policy. He has a good turn of phrase. All this has helped his credibility. But I don’t see him facilitating the kind of big public conversation that’s needed for the Greens to maintain support and grow as the mainstream parties flog their popular policies. He would likely also be hamstrung (as is Metiria) by conformity on social justice issues – which isn’t going to help connect the two sides of the internet generation divide. New thinking is critical on work and welfare.

Gareth has also not shone organisationally.  In 2014 he was freed of an electorate to focus on the youth vote, but there was little evidence of energy or effectiveness there, and don’t even start me on the lack of leadership (not just on Gareth’s part) that assured Peter Dunne of victory in Ohariu, Gareth’s home seat.

Of all four contenders, James Shaw is easily the most focused on the minutiae of winning votes. I don’t think you can lead a relatively small party without caring about where every vote will come from and playing a strong organisational leadership role. Russel got this, but at an intellectual level. What the Greens have lacked is an activist leader who actually enjoys campaigning for votes and the systems and processes needed to make that time pay off. James is the only candidate who can truly lead by example here.

Moreover, James doesn’t pretend to know everything. In my brief spell on the Green Party campaign committee I thoroughly enjoyed my interactions with him. His management consultancy experience seems to have done the trick with mainstream media credibility – which is a definite plus. He has the interpersonal skills to navigate a co-leadership that will not be underpinned by an existing friendship. That hasn’t existed at the top since Jeanette and Rod worked together, and whereas Russel and Metiria have got by with a strict division of labour, the potential for James to insert himself into the social policy discussion is, I think positive, and not to be feared. It will be delicate but that boundary needs to come down. When I listened to Greens on election platforms in 2014 say how much they “loved New Zealand” and parrot policy shopping lists under environmental, social and smart economy headlines I got bored. It might keep candidates on message but it hardly inspires the kind of potentially popular radicalism that will make it worth being Green.

Of the three credible candidates for Co-Leader, it is James Shaw that IMHO can best take on the internal challenge, the organisational leadership and the job of connecting to Generation Internet.