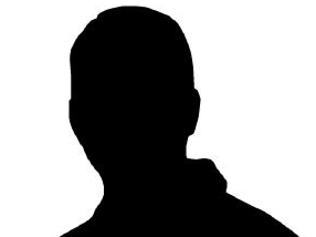 Either Rodney Hide is taking the piss, or Karma has well and truly caught up with one of the National Government’s previous political flunkies;

In case the story mysteriously disappears, here is the full text, from the NZ Herald;

The state apparently has me under covert investigation.

It began two weeks ago. My Christchurch friends and colleagues were served, some at home, some at work. They were summonsed by a senior insolvency officer who explained they could be apprehended should they refuse. Such notices are a detention, an arrest without charge.

The guys are motor mechanics, engineers and motor engineers.

They turn up the following Wednesday as ordered, each at separate times. The deputy official assignee swears their oath.

They are interrogated by private investigators from a firm called InDepth Forensics, Hamilton.

I have the recordings.

On Thursday I email and ring the PI firm. “Why are you investigating me?” They hang up.

I email and leave messages for Ministry of Business, Innovation and Employment manager Mandy McDonald.

She won’t return my calls.

On Friday I go to the MBIE office in Christchurch. The boss can’t answer my questions: she doesn’t know what’s happening. She says she will speak to her solicitor and get back to me. She doesn’t.

I ring Minister Steven Joyce’s office. I make no progress.

I wait quietly in the foyer for 2 hours.

Joyce’s staffer emails: But because the “Official Assignee [is] an independent body, and also under Hon [Paul] Goldsmith’s responsibilities, I do not think I can assist you further.”

Goldsmith is in Paris explaining how he’s making “it easier for businesses to increase productivity and innovate”.

I complain to the Privacy Commissioner. I don’t hear back.

I provide a two-page summary for local MP Nicky Wagner. She rings. Finally someone is taking my complaint seriously.

On Tuesday I drop in a letter to the Christchurch MBIE. Now there’s security. The guard tells me he’s there to see his girlfriend. I tease him.

Keith’s still there an hour later. He admits he has been called because of me. He wants to know if I will be back.

Tuesday night. Wagner must have kicked butt. Mandy McDonald sends a clearly hurried email. She assures me I am not under investigation. It’s taken nearly a week.

But why the questioning under the detention powers?

The next day I get a letter from another MBIE staffer warning me that reporting the content of their examinations of my friends and colleagues would render me liable to a year in prison plus a $5000 fine. But, according to the email from McDonald, I’m reporting a non-investigation.

Really, Rodney, you’ve been part of the growth of the Surveillance State in this country and now you complain that you’re being surveilled?

Well, my little cherubic,  Right Wing mate, you oughtn’t. It was inevitable really. After all, in the early days of the USSR, the nascent totalitarian State’s security arm (Cheka/NKVD/KGB) devoured many of the high-ranking Communist Party officials. They fell foul to their own pernicious State power.

When Dear Leader’s security thugs throw you in jail for whatever transgression you’ve incurred against the State, remember to remind your   cell-mates that you were partially responsible for the following laws increasing the power of the State;

Eventually, it all catches up with those in power – an intimate lesson Rodney has learned.

I bet he never thought it would happen to him?

Karma. I love that gal.

NZ Herald: Rodney Hide – Why am I under investigation?

A letter to the Dominion Post on the GCSB

An Open Message to the GCSB, SIS, NSA, and Uncle Tom Cobbly

The Mendacities of Mr Key #1: The GCSB Bill

The GCSB Act – some history

The GCSB – when plain english simply won’t do

One Dunedinite’s response to the passing of the GCSB Bill