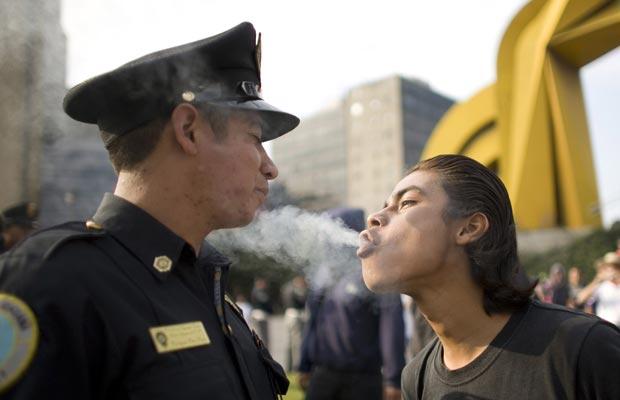 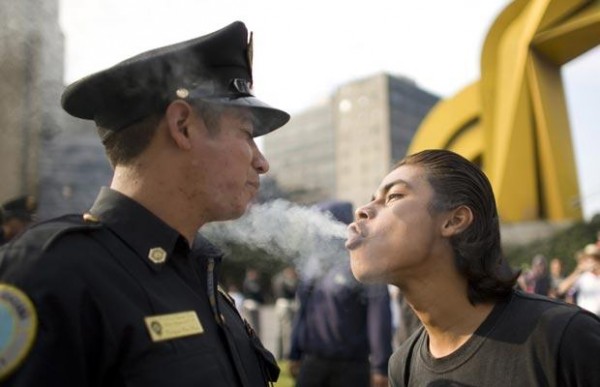 Today the Daktory Three will be sentenced in the Auckland District Court over charges relating to New Zealand’s first cannabis social club.

The Daktory, located in the West Auckland suburb of New Lynn from 2008 to 2012, was a place where consenting adults could relax and meet like-minded people over a joint or three. Founded by Dakta Green – a man formerly known as Ken Morgan, who had in the 1980’s successfully campaigned to liberalise our antiquated shopping laws that prohibited anyone opening on a Saturday, and raised a finger to our gambling laws by operating a casino boat outside the 12 mile limit – the Daktory was his way of demonstrating that cannabis would be better regulated than prohibited. It soon had several thousand members, and dozens of people involved with running it.

Everyone knew it was there, and with no public complaints it appeared West Auckland police had turned a blind eye to what was happening. When they did eventually raid the club,police knew what they would find, because they had been there before. It was on one of their more friendly visits that police saw a vending machine set up to dispense cannabis. They did nothing. It was only after a Mainstream Media person called Police Headquarters in Wellington, and told them he would be writing a story saying they were failing to arrest anyone, that they reluctantly organised a raid.

Charges relating to that raid were thrown out as the search was ruled unlawful. To Dakta’s delight, the court ordered police to return the vending machine they had seized.

However, West Auckland Police had followed up with another raid in June 2012, finding a quantity of cannabis and pinning responsibility for the Club on three people: Dakta Green, his fiance Gizella van Trigt and Stefan Bower.

The convictions came after evidence was presented by police that was, in my opinion, only weak and circumstantial. The judge had instructed the jury they were to disregard anything they had heard in the media, or any other preconceptions they may have about what went on in The Daktory. The only relevant thing was what was happening on the day police raided the club, not what may have happened any time before or after that.

At the time, Dakta Green had been paroled to The Daktory after serving jail time on previous charges relating to cannabis social club. This meant he had no choice about being there – the State had ordered him to reside at the club. In my mind, there was nothing linking him to the cannabis that was found by police, other than being identified as the founder. Dakta has been convicted of possessing cannabis for supply, possessing cannabis preparation for supply, and allowing premises to be used for an offence against the Misuse of Drugs Act. He has been to jail before on cannabis charges. That didn’t stop him from opening The Daktory. Sending him to jail again won’t make him stop fighting for cannabis law reform.

Gizella van Trigt has also been convicted of two counts of possessing cannabis for supply, one count of possessing cannabis preparation for supply, and allowing premises to be used. She had heard shouts and loud noises coming from the club floor, and as threats has been made against The Daktory she feared it was gangsters robbing them. A club member pushed her into a room that contained large amounts of cannabis, locking her in. That club member was also arrested but was only fined $250 while the others faced more serious charges.

Stefan Bower is a young man with Asperger’s and a promising career in IT that may be over if he is sent to jail. Stefan was convicted of two counts of possessing cannabis preparation for supply, and one each of possessing cannabis for supply, and allowing premises to be used. His fingerprints were found on a glass jar previously used to show off specimen buds, and inside a container that held some cannabis butter. These same containers were routinely handled by members of the public, and were obviously not in use on the day of the raid (remember the judge’s instructions to the jury?).

To put this in context, the raids on The Daktory that resulted in the sentences being handed down today happened at the same time as West Auckland Police soiled themselves over Roastbusters, a constable delivering meth to gangsters, and a Sergeant prosecuted for assaulting prisoners
.
Three years after West Auckland police forced The Daktory to close, there is nothing to be gained by jailing any of these activists. They are not criminals, they are community minded activists who were just trying to make New Zealand a better place.

The irony is that in the time since The Daktory closed its doors in 2012, the Spanish city of Barcelona has welcomed cannabis social clubs. They now have upwards of 300, and they are tolerated by the local government and police as an effective way to take drugs off the streets and out of the hands of criminals.

If only our Police had the same foresight.

Postscript: Polls show most Kiwis support cannabis law reform. So come to J Day on Saturday 2nd May, the annual global celebration of cannabis culture and protest against pot prohibition, held on the first Saturday in May in over 200 cities around the world, including Albert Park in Auckland, as well as Hamilton, Tauranga, Whakatane, Taupo, New Plymouth, Hastings, Wellington, Christchurch and Dunedin. Events run from High Noon to 4:20pm.