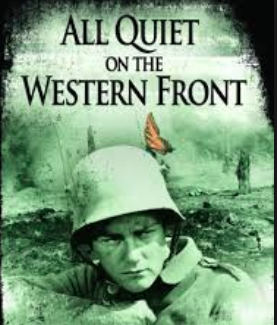 I remember one of my English teachers doing his best to exhort a class of reluctant-reader teenage boys to read Erich Remarque’s book “All Quiet on the Western Front”. He described it as the best book about the reality of life for soldiers in the trenches of the First World War.

I finally read the book earlier this year when I came across it at a house I was staying in and I think my English teacher was right. It’s a stunning book which makes a mockery of the glorification of war which dominates the public narrative around ANZAC day each year.

The book isn’t overtly political but at the same time it is deeply political – so much so that in the 1930s the Nazis banned and burned the book as unpatriotic. (The story is the perspective of a young German soldier, fresh out of school, serving on the Western front)

New Zealand teenagers are on the front line of the propaganda war still being fought over the meaning of WWI. They are encouraged to believe that although the war was horrible it was an honourable battle of blood, death and sacrifice where those that died did so “for the freedoms we enjoy today.” Bullshit.

I’m not a fan of Peter Jackson for his nasty anti-union tirade and loyal support for Hollywood moguls but this week he made an important contribution to discussion of World War I when he said New Zealand soldiers knew little of what the war was about but saw it as the chance to travel overseas for adventure.

He’s right. They were sucked into a clash of empires where patriotic fever was whipped up by the political elites on both sides who sent young men in their hundreds of thousands to be slaughtered.

New Zealand should remember that we did patriotic fever better than anyone else and per head of population sent more people to fight than any other country. Nowhere in human history has a greater number of soldiers travelled a greater distance to fight a war. Yes that was us. Nothing to be proud of and a lot to be embarrassed about.

With so many commemorations around the anniversary of the First World War teenagers are in danger of being sucked into the vortex of lies about WWI which seem to pervade as strongly today as they did 100 years ago.

The best antidote is to read Remarque’s magnificent book.