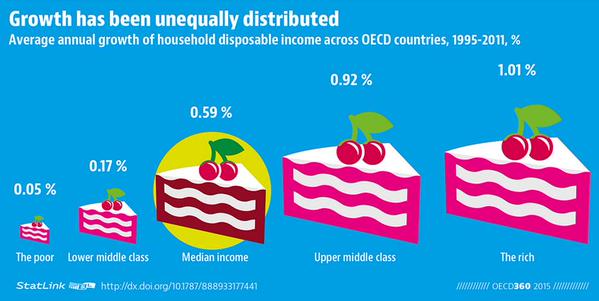 One person, in response to my last week’s blog Young Debt, said what many presume: “The problem with debt is that, eventually, it has to be paid back”. This is not strictly true.

Collectively the saver class believes it is entitled to receive, from the debtor class, goods and services valued at many times the world’s GDP. It’s a fiction that will practically never be a problem however, because by their very nature the saver class does not actually want ‘the bag’ (of stuff). No, it wants the money, unspent – the entitlement, unrealised – content for the debtor class to keep enjoying the bag and all its consumerist goodies. (Many of us will remember Selwyn Toogood and more recently John Hawkesby; host of the game show ‘The Money or the Bag?’)

Interest is the price that debtors pay to savers when savers are scarce and wannabe borrowers are abundant. Economists have traditionally assumed the world has always been like that and always will be like that; scarce savers and abundant borrowers. Well, the relative scarcities have reversed; the world has become debt resistant. Many economists, shocked by the new reality that has dawned in 2015, have become transfixed. Few in this part of the world have noticed this herd of elephants stampeding towards our living rooms.

Interest is also the price that savers pay to debtors when wannabe borrowers are scarce and savers are abundant. That’s the underlying financial reality of the 2010s and possibly will be for the remainder of this century. Welcome to the world of negative interest rates. It’s explicit in Switzerland, Denmark and Sweden. In many other countries – the Eurozone and Japan – it’s explicitly zero but implicitly negative. Already, in 2015. In the OECD it’s mainly Australasia that’s still playing Canute.

Debt is not a sin. Debt is simply the complement of credit. In today’s brave new world, debt is an accommodation of saving that must be induced by an interest rate that clears the market. Under contemporary conditions, savers are having to pay debtors to spend on their behalf. Compound interest reverses; it unwinds. Absolutely a good thing. The conventional story of interest as a reward for thrift is in fact only half the story. Interest may also be a penalty for thrift. Interest is a payment that can go in either direction, depending on prevailing circumstances.

Negative interest rates are not quite as novel as many of us think. In the late 1970s and early 1980s we had interest rates well below inflation rates. That was the main reason for the neoliberal revolution of the 1980s. The saver class has a very strong sense of entitlement; an entitlement to receive a bounty from the debtor class. In the late 1970s and early 1980s, compound interest was unwinding; savers were effectively giving stuff to the debtor class.

The response of the saver class was threefold. First they joined the debtor class, borrowing to buy assets which they hoped would appreciate in value. It was a bit of a punt at the time. House prices and share prices were stagnating in the inflationary late-1970s. Second many savers took to more risky ‘investments’ in order to receive above zero ‘real’ returns on their savings. Thirdly they favoured monetary policies that obliged central banks to set interest rates above the rate of inflation. They introduced a specious argument for such policies; a claim that low interest rates were somehow inflationary. The gullible left even bought that argument. Look at Europe and the rest of the OECD now to see if low interest rates are inflationary. We now have deflation in the OECD such as few alive have ever witnessed.

Now that we have a substantially electronic monetary system, we can (indeed we must) manage our lives in a market economy with interest rates that properly reflect the abundance of saving and the resistance to debt. Scarce spenders need to be compensated by abundant savers.

There are other things that we can do to arrest the current pattern of most of the world’s income going to those who least want to spend it. (Indeed many such people have so much income that much of the spending that they do is obscene in the context of the needs of so many others.) We can use democratic processes to change income distribution rules that presently favour individually-held property over collectively stewarded property. However, unwinding the savings glut through negatively compounding interest rates needs be part of the mix.

Capitalism depends on the spending of the poor, the indebted, and the poor indebted. Yes, maybe there is another -ism out there to replace capitalism. Myself, I prefer an internal revolution within capitalism to the replacement of capitalism with some -ism that supplants the price mechanism as our principal means of allocating resources.

Negative ‘nominal’ interest rates – the emerging reality of our financial marketplace – represent the price mechanism at its heroic best. In the 1930s’ Great Depression the possibility of negative rates was thwarted by people hoarding cash in the bottom drawer rather than paying the banks to recycle their unspent money. Today there are ways to discount hoarded cash.

It is the saver class, not the working class, who will rebel against capitalism this century. In the 1980s the saver class revolted successfully, paying themselves interest at distorted prices which they themselves controlled. It is now up to the debtor classes to save capitalism for the downtrodden; to spend money they haven’t received. In capitalism, someone must have the bag.