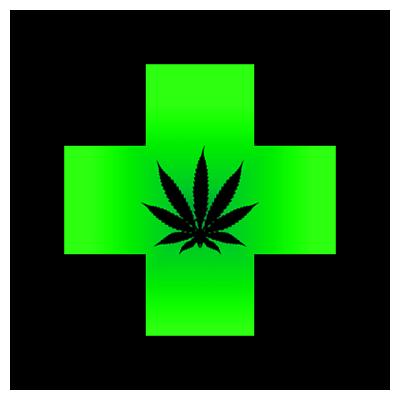 Safer than aspirin[1], or a sneaky ruse to legalise the devil’s weed? Patients and health professionals say cannabis may be a “wonder drug[2]” that relieves conditions from back pain and nausea to fibromyalgia, cancer[3] and epilepsy. But not according to our Ministry of Health.

The only form of medicinal cannabis they permit is Sativex[4], an extract made in the UK that costs on average $1300 per month – which MOH subsidiary Pharmac refuses to subsidise[5] even though it costs less than many other medications subsidised for the same conditions.

On the eve of his recent visit to the 58th Session of the UN Commission on Narcotic Drugs, held in Vienna, New Zealand Ministry of Health officials gave Associate Minister of Health Peter Dunne a briefing on the state of current research that he told the world was “underwhelming”.[6]

Some delegates quietly pointed to their own research showing the medicinal efficacy of cannabis and cannabinoid products, and suggested our officials could use an update.

Ross Bell, head honcho of the NZ Drug Foundation, was at the conflab and expressed concern Dunne was relying on outdated advice. He told the Herald[7]comprehensive research had already been done.

For example, the Center for Medicinal Cannabis Research at the University of California, San Diego — established by the California Legislature to answer the question of whether cannabis has any therapeutic value and funded with $8.7 million to do so — has now all but completed the most comprehensive studies into medicinal cannabis ever conducted.

After seven completed clinical trials between 2002 and 2012, with five studies already published and two more pending, “Every one of the studies showed a benefit” said lead researcher Dr. Igor Grant. “It is intellectually dishonest to say it has no value whatsoever, because it’s just not true.”[8]

Why did health officials not know this? The National Drug Policy team has been disbanded and their knowledge lost. Dunne’s officials have let him down on the world stage. The embarrassment for him is even more acute following the rapturous applause he received last year when presenting our then world-leading Psychoactive Substances Act. Since then, the government has backtracked on its novel approach to harm reduction, and seems in denial there is any truth to the benefits seen by thousands of patients and their doctors and caregivers.

While our officials find excuses to deny seriously ill patients the relief they find through cannabis, Australian PM Tony Abbott gave the green light [9] to medicinal cannabis and legislation has since then been introduced to every state parliament in Australia.[10]

Our Ministry of Health also provided what can only be regarded as shonky advice to the Law and Order Committee[11] in a briefing responding to a petition organised by Waihi resident William Rea.[12] Their advice opposing any change claimed “alcohol and other drugs can fuel violent and other criminal behaviour and provide an illegal revenue stream for gangs”. Of course, there is no research showing that cannabis itself causes violence, but plenty showing the lucrative illicit markets created by prohibition create the very illegal revenue streams they complain about!

A recent study by the International Centre for Science in Drug Policy (ICSDP) shows how significant a role drug laws play in the causation of violence. Police crackdowns aimed at stopping trade in illegal drugs actually have the opposite effect to that intended, with 87 per cent of studies finding that police seizures and arrests led directly to increased violence.[13]

To his credit, Dunne told the Vienna conference “We, as a global community, must continue to move away from rigid law and order responses, and apply a health lens when dealing with those adversely affected by drug use.”[14] He also expressed support for a new future direction for our National Drug Policy[15], which lapsed several years ago and is currently under review, based on “compassion, proportion and innovation.”[16]

If talk like that actually became policy, we would be moving in the right direction. But with Health Minister Jonathan Coleman’ telling the Law and Order Committee the order of the day for cannabis laws was more of the same, and officials apparently stuck in last century’s War on Drugs ethos, it seems patients will continue to suffer for some time yet.