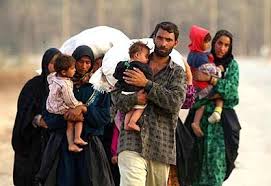 Recently we have seen some excellent work done by people looking at raising our refugee quota, and specifically to address the current crises emanating out of Syria and Iraq (and soon to be Yemen?). I encourage you to check out the campaign at Action Station building on the great work the Doing Our Bit campaign has been working on as well as the more recent Wage Peace NZ folks.

Our “refugee quota” is a maximum of up to 750 individuals each year that we will accept by way of a referral from the United Nations High Commissioner for Refugees (UNHCR). Our quota has not been raised since 1987.

In refugee speak, this process is called “resettlement”. It is one of the three “durable solutions” UNHCR speaks of. The other two, and more preferable, are “voluntary repatriation” and “local integration”.

There is no legal obligation to resettle refugees. The 1951 Refugee Convention – a document that has lead to the protection of millions of people – only speaks to the principle of burden sharing in its Preamble. Clearly, though, the burden of the majority of the world’s refugees rests on the developing world, so consistent with this principle some states agree to resettle the most vulnerable.

But, beyond the numbers and the technical language, why should we raise the quota? Aren’t we doing enough?

Let me tell you about Daevitha (name changed). I assisted her a couple of years ago and we were recently back in touch.

Daevitha is from Sri Lanka. Her family is from Jaffna in the north of Sri Lanka. They are Tamil. Her father and two brothers have worked in the struggle for independence from the Sinhalese majority and she believes in the cause. Daevitha is a good writer and has had some of her short stories published. She used to work as a journalist now and then.

Daevitha’s husband is a talented young man also from Jaffna and has studied abroad. He quickly rose through the ranks of the political arm of the Tamil Tigers becoming a trusted advisor to the leadership. He developed a high profile and appeared regularly in the Tamil media. They have a child together – he is now 10 years old, precocious, loves reading and playing soccer.

With thousands being forced into internment camps, Daevitha escaped to India with her son after paying a fisherman 50,000 Rupees to take her across. From India, she takes a flight to Bangkok, Thailand where she knows another Tamil woman is living. She and her son enter Thailand on a two week tourist visa.

Daevitha is told by members of the Tamil community in Bangkok to approach UNHCR. She does, and is given a piece of paper saying that she is an asylum seeker.

This paper, however, does not amount to legal status in Thailand meaning that her visa quickly expires and she is illegal in Thailand. At any time, she can be arrested and she often has to pay small bribes to local police to leave her alone. Other members of her community are detained and placed in the Immigration Detention Centre where the conditions are difficult, especially for children.

After being interviewed four times by UNHCR staff where at each interview she had to explain in detail the reasons as to why she left Sri Lanka including the retelling of traumatic events, Daevitha is told that her claim for asylum is accepted. She is now a refugee.

UNHCR considers that she has a genuine risk of facing serious harm were she to return Sri Lanka, something she always knew, but is now confirmed. Her grant of refugee status still does not make her legal in Thailand – she remains at risk of detention.

Daevitha is then interviewed again by another UNHCR staff member. This is for “resettlement purposes” and she has to once again explain why she was forced to leave Sri Lanka. She gets called back for another interview to clarify some points.

Then, finally, she is told her case has been submitted to Canada for resettlement. But, wait, now Canada wants to interview her…she waits for that interview and whether she will be able to live in a country where her status is legal and she can walk down the street without fear.

Daevitha has now been in Thailand for five years. During this time, she has been unable to work legally picking up some black market work here and there as a domestic helper. Her son has had no education save for her own attempts at home, but she knows he will get educated in Canada, if only they get accepted. Despite trying through official channels and the Red Cross, Daevitha has no word of her husband. She assumes he has been executed extra-judicially.

Daevitha, and others like her, is why we should raise our refugee quota. Resettlement will enable her and her son a clean slate in life. For her son in particular, the opportunities in front of him are endless.

I can write about increasing our “soft power” through the region, being a better player internationally, meeting our “kiwi values” through our foreign policy goals, and the need to do our bit. These are all incredibly important. But, at its heart, the refugee experience of survival and persistence is a human experience where cannot help but applaud. Where we can, the innate human and compassionate response should be to help those escaping human rights abuse. Like Daevitha and her son, they deserve a chance at safety.

Through an accident of geography New Zealand receives few asylum seekers directly. Through deliberate policies around visas and penalties against airlines or other carriers, we make it virtually impossible for individuals from refugee producing countries to obtain a visa. This leaves us as being ranked number 87 in the world for our refugee hosting per capita – hardly something to be proud of and patent evidence that we are not doing enough.

So, it is time to increase our quota. To help resettle more individuals who have already gone through a long and robust process proving that they are in need of protection.

Specifically, I would target more places from South East Asia – refugees who are currently in Malaysia, Thailand and Indonesia. I would then leave an amount every year for emergency situations, like Syria.

All this takes is leadership. This isn’t a partisan issue. It is a human issue, and there is no political reason to leave our quota so stranded.

And, you want to know the latest with Daevitha? Well, looks like she and her son will be trying maple syrup pretty darn soon, eh…and that is the beauty of refugee protection.