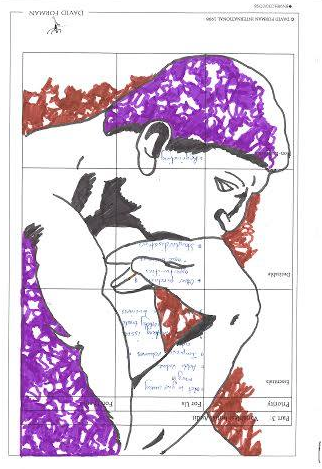 The family of Nicky Stevens have taken the Waikato DHB and Hauora Waikato to task over the lack of care taken to prevent his death. On Monday March 09 Nicky left the Henry Bennet Centre on a Cigarette break and followed through with his threat to take his own life. His body was later found in the Waikato River. Its just one more story amongst thousands that point glaringly to the fact that the Henry Bennet Centre, Hauora Waikato and the DHB are failing in their mandate to provide consistent Mental Health Care and to protect the community at large.

Ever since the Hospitals Smokefree policy has been implemented, some Mental Health inpatients have been allowed to leave the confines of the ward and smoke off the property. It’s a simple matter of getting swiped off the ward and wandering downstairs. For many years they just stood around at the roadside, within the range of cctv cameras, but a spate of accidents and public outcry changed all that. These days they have to cross the road, go down a bush track and then down into a wooded gully adjacent to the hospital. A lot of Cannabis, Methamphetamine and Synthetic Cannibus gets smoked down there as well.

The Family had pleaded with his caregivers to revoke Nicky’s unaccompanied leave but it seems that Nicky successfully won the right to go outside for cigarettes from clinicians, despite the fact that he had repeatedly threatened to take his life. It baffles me that we would go to all the trouble of hospitalising someone after a suicide attempt and then allow them to wander freely around the streets. This is the kind of logic that is the stock in trade of the Henry Bennet Centre. To be a patient inside its walls is to become accustomed to inefficiency, inconsistency and contradiction. To be a patient there is to know that what may well be a firm and fast rule one moment, may well be more of a guideline half an hour later.

My own journey of recovery as a mental health client saw me beat myself against the stupidity and carelessness of this Waikato DHB for years until, in despair and desperation, I faked an Auckland address to access care that way. I’ve made progress since then and have engaged successfully with the treatments that were denied to me or botched by the Waikato DHB. You’d think that there would be very little difference between the Auckland Mental Health Providers and the ones in the Waikato, surely the very same procedures and practices are in place. So why are we struggling so hard in the Waikato to provide quality care?

Some would point to the fact that the Henry Bennet Centre services a much greater catchment, that as a Regional Hub it is expected to cater to individuals from further afield, but surely this is a logistical matter and would have no bearing on the actual care delivered?

My own experience is of a general lack of compassion and a high incidence of burn-out and plain old Dont-Give-A-Fuck-ery on the part of some of the workers. I know of people who have left jobs in Mental Health here in the Waikato because of these very problems and it seems to me that the place is in no better shape than it was when I was forced to seek help elsewhere 3 years ago. After receiving treatment and follow-up in Auckland I have returned to live in Hamilton but I maintain an Auckland Address and access my Case Workers and Doctors via telephone and regular trips back up the Motorway. It was decided that this was the safer option for me rather than re-engage with the DHB down here and jeopardise the progress I have made. If that isn’t a damning indictment of their peers then I don’t know what is.

There are a great many wonderful people working in Mental Health here in Hamilton, there are also a great many success stories, people who have managed to find a way to live with their illness and thrive in our community. Mental Health is such a very delicate business, we all present with very different and complex needs and these needs can shift from one day to the next. We are not very loveable or even very likeable when we are unwell. We are sometimes dangerous, repulsive and offensive, and we often fail to do as we are instructed. I can understand how easy it must be to stop caring, to become complacent and for that to infect the people around us in the workplace. Somehow we have turned a blind eye and a culture of carelessness has been allowed to develop here inside the Waikato DHB, at Henry Bennet, Hauora Waikato and C.A.Ds for that matter.

In the wake of the death of Nicky Stevens I hope that the DHB will finally begin to acknowledge and address the various issues being brought to light and patch up the cracks through which good people are continuing to fall. Sooner or later it affects all of us. Whether it is you or someone you love, we all need a little help now and then. It seems to me that we have grown so accustomed to the inefficiency and carelessness of this set of care providers that as a community we prefer to work around it rather than confront it and attempt to effect change. We will continue to suffer needlessly as a community for as long as we continue to accept the status quo.

Pretty Mental, if you ask me.

Mark Tupuhi is a writer/artist/songwriter from Invercargill currently residing in Hamilton. His history of Drug Addiction, shoddy mental health and associated legal consequences mean that his brand of Gonzo Journalism comes packed with harsh reality, black humour and perspective most would be more comfortable reading about at a distance than actually living.