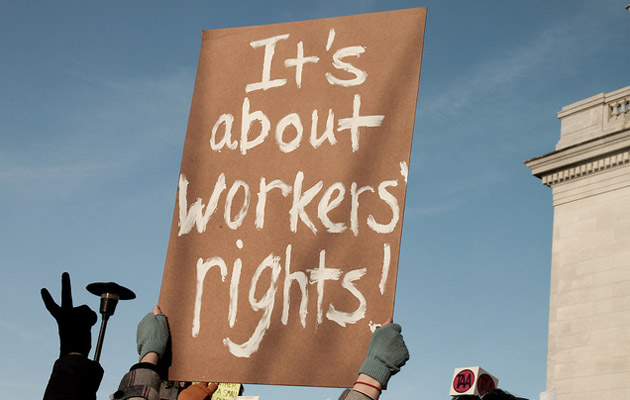 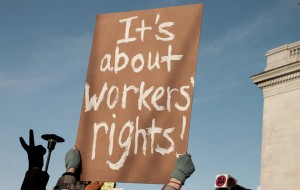 I’m at a Café in Howick, Auckland where the Barista just lost it, he smashed glasses on the ground, threw the part that filters the coffee grounds on the floor and stormed out. I chased after this guy and asked him if he was O.K? He said,

“Nah, I am sick of being paid nothing to be a coffee making machine.” And then he walked off.

You know what is not cool? Employers who make heaps of money off the blood, sweat and tears of their employees while paying them poverty wages and treating them as expendable. I am starting to wonder how owners who treat staff so poorly sleep at night.  I have watched the owner of the same café, which also has a bar attached to it, swoon around his establishment while his bartender works her ass off on a Friday evening, not only making drinks for, mostly, baby boomers in boat shoes and salmon coloured polo-shirts (I’m serious, not even making that up for comedic effect) but also doing bar back, clearing the floor and restocking by herself. All because, as this bartender pointed out to me, the owner refuses to hire an extra bartender/glassy for busy periods so he can save a buck. The owner only pays this bartender just over 16 bucks an hour she told me, to literally do two peoples’ jobs.

How mean spirited do you have to be, to work your staff this hard and give them so little thanks in return? How divorced from reality and humanity do you have to be to then expect your workers (and employers who operate in such callous and unaware ways, always expect you to lick their asses. I know, I have worked hospo for nine  years now) to be grateful for their measly pay check?  Get fucked. You get what you pay for. The sad thing is, that barista who justifiably lost it today because he had clearly just had enough, will likely receive a warning or get fired for his outburst. When it SHOULD be the other way around.

What is the point in serving fairtrade coffee, as this café/bar in Howick does, and promoting other tokenistic gestures such as serving free range eggs and chicken, if you can’t even treat your own staff, fairly? I guess, serving fairtrade coffee in affluent areas gets customers in but paying a fair wage and treating your staff with a bit of dignity doesn’t seem to make much economic sense to so many employers that cater to the mostly rich and well-off, Treat ‘em mean, keep ‘em keen.

Workers rights all over Aotearoa and globally are being relentlessly attacked and undermined.  Furthermore, it is not only hospitality workers who are enduring poor treatment and work place injustice. Just recently the massive fast fashion giant Cotton On, become the first company (that actually got publicly caught out) in Aotearoa to attempt to use National’s callous ‘Tea Break’ bill against their distribution workers, “which takes away the legal right to a tea break and weakens collective bargaining,” as the NZ Herald reported last year. On March the 21 Cotton On, made the embarrassing mistake of posting about ‘Human Rights Day’ on their Facebook Page (the post has since been deleted): 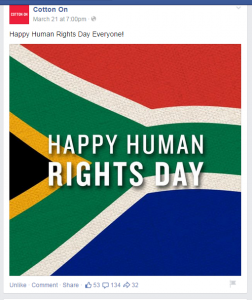 That awkward moment when a company that outsources the production of their  merchandise to Bangladesh because as Daisy Gardener, Oxfam‘s labour rights advocacy co-ordinator points out, “They are seeking the absolute lowest price from supplier factories and they’ll find that in Bangladesh,” and who attempted to seriously undermine their workers’ rights in Aotearoa, wishes their Facebook followers ‘Happy Human Rights Day.’  The social media backlash was swift with a many people commenting on the hypocrisy of the Facebook post: 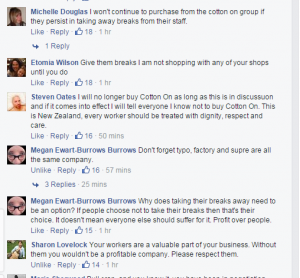 Cotton On, due to social media pressure, and pressure from FIRST Union and their own employees, backed down from taking away their distribution staff’s Tea-breaks, and improvements have been made to wages.  However, as Redline reported, the damage has already been done. Just like hospitality businesses that push fairtrade coffee while treating staff poorly (I once worked at a Café in Melbourne that paid me less than the Australian hospitality minimum wage while promoting ‘suspend fairtrade coffees’ so homeless people or low wage earners could enjoy a free coffee. Seriously. WTF?), Cotton On paints themselves as some human rights crusading company – without irony – while at the same time proposing an attack on their own workers’ rights. Not only this, but since March the 6 the ‘Cotton On Foundation’ which seems to suffer from a serious case of ‘white saviour industrial complex, has been promoting their ‘Necklaces That Sprinkle Happiness Along The Way’ campaign. If you purchase one of these necklaces of “joy” and “hope” 100% of the proceeds go to “their friends in southern Uganda” as their website states.

So while Cotton On benefit from slave labour in sweat shops in Bangladesh which have notoriously sub-human and sometimes deadly work conditions, which have been extensively documented and reported on, they are promoting their human rights efforts in Southern Uganda? What one hand gives, the other takes away.

Maybe Cotton On should spread a little “happiness” on their own employees by, oh I don’t know, treating them as actual human beings rather than as a resource to be exploited? Just an idea.

It would seem independently owned businesses such as the Café I spoke about at the start of this blog as well as massive global companies like Cotton On are pretty good at  distracting (smoke and mirrors) from their own workers’ rights violations by trotting out some human rights mission or pedalling fairtrade, free range produce. Then there are the business owners who don’t even try to mask their blatant disregard for workers’ rights violations, they are seemingly proud of them. ‘Cos LOL worker’s rights.

Rayner Bonnington* owns the Henderson Pak’N’Save and pays the lowest of all the unionised Pak’n’Saves in Auckland. As FIRST Union points out “Even the minimum wage has increased by 50 cents an hour this year but Rayner has offered his workers a measly 32 cents an hour pay rise.” While Rayner makes millions annually, he pays his workers a pathetic wage that does not cover the basic necessities of life; a liveable wage in Aotearoa is $19.25 an hour. Trying to pay the bills, buy food and pay the rent or mortgage is unmanageable on minimum wage, I know as I have rarely ever earnt anything above this. At 29, typing that was truly fucking depressing.

What all of this comes down to is, greed. Companies can, and will (as the café in Howick, the treatment of workers by owners of independent Pak’n’Save’s and Cotton On are all evidence of) treat their workers as expendable and ultimately worthless. After all, workers are a resource to be exploited and replaced by someone else when they make a fuss or do not work hard enough for their pittance. It is a harsh and cruel reality in a flooded job market that finding other people willing to put up with horrible work conditions and shit pay isn’t exactly difficult. People are desperate for work.

Capitalism creates so many casualties.

So, dear companies and independent business owners who champion human rights and fairtrade coffee and organic produce and free range eggs like you actually give a damn, while at the same time exploiting your workers and extracting everything you can from them for your own profit and benefit, stop with the hypocrisy. Start actually treating the staff you currently have, not as a resource to be used up and spat out but as actual human beings with dreams to achieve and bills to pay. Because as the ongoing pickets outside of Pak’n’Save, the social media backlash against Cotton On and the three letters I have written to tell the owner of said café in Howick what a terrible human being I think he is, it is pretty clear the general public are unwilling to except such work place injustices.

*”Please help these workers by contacting Rayner Bonnington and send him a message that his workers who are making him rich deserve a reasoble wage.  Mobile: 021 820 593″