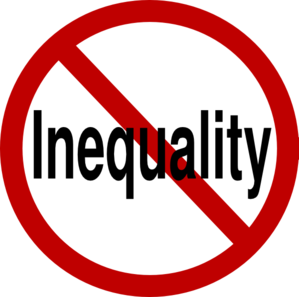 Just when I think I will never write another blog about tax credits something happens to change my mind.

In this case it was the film Selma.

The 1960s, it had been accepted in the US that all men were created equal but in practice few of colour in the South had basic civil rights such as the right to vote.

The film shows a black woman trying to register to vote in the district court in Alabama. She is declined sneeringly by the racist white man at the desk on the grounds that she could not name all the 67 Alabama county judges. Others were dis-enfranchised by not being able to afford to pay the hated poll tax, or having no one they knew who was enrolled to vouch for them.

In the 21st century, New Zealand pays lip service to the rights of all children to access to the full state funded social security measures and for their best interests to be prioritised. We sign up to international agreements such as UN Convention on the Rights of the Child and think of New Zealand as a country that is a great place to bring up children. New Zealanders would deplore the racism shown in Selma 50 years ago and wonder about the mentality of the Americans, but are we blind to the mote in our own eye?

In practice, in pleasant egalitarian New Zealand, there are now two classes of low income children: the worthy who can be supported to the full extent of the social security legislation and the unworthy who are consigned to remain in poverty. They are the outcasts; disproportionately the disabled, Maori or Pacific Island kids, many with chronic illness. Their poverty is categorised as their parent’s fault and proves their families were no good. Thus they are denied tax-funded support even when it is explicitly to alleviate poverty.

The IRD can cut off needed child payments such as the In Work Tax Credit of at least $60 a week, as soon as it can prove the parents are not working enough hours, even when zero contracts and flexible labour market are the new norm. If parents of a newborn fail work-based criteria there is no extra help for that new baby.

Other families are effectively excluded by the need to be off a benefit and their fears about overpayments and repayments from a super vigilant IRD. Still others may be too suspicious of the system and find it far too complicated to actually get what their children need. Worse, low income families can have their child payments cut when the next downturn strikes, a child or parent gets ill, or a natural disaster robs families of their livelihoods.

In CPAG v Attorney General, the government was challenged in a protracted Human Rights case to remove the deserving /undeserving children stigma that leaves 230,000 children out of the full Working for Families package. At the Human Right Review Tribunal and Court of Appeal the judges said the In Work Tax Credit met the high test of being a discriminatory payment that was doing children harm. Most of these children now fall under the lowest most stringent poverty line. The judges should therefore have upheld the rights of these excluded poor children, but they proved ill-equipped for the task. Instead they were side-tracked by spurious arguments about work incentives and by a timid and naive deference to the Crown.

The judges failed to see the power for good they are entrusted with under our Human Rights legislation and to use that power to assert boldly that the underlying principles of equality must be upheld.

Selma, showed the power of non-violent, persistent, protest action in which those with a conscience, including many well-off white people stood alongside those who were suffering from unequal treatment. All the factions in the civil rights movement were united and clear that equal rights had to be made a reality without further delay. Eventually President Lyndon Johnston could hold out no longer and he acted decisively to right the wrong.

Similarly the voices of all peoples who see the social disaster of child poverty need to join the children’s movement to demand that discrimination in all family policy be removed, starting with Working for Families.

If the voices raised for children are loud, consistent and coherent, one day every cause of the dis-enfranchisement of our weakest and socially excluded children will be outlawed as befits a civilised society.