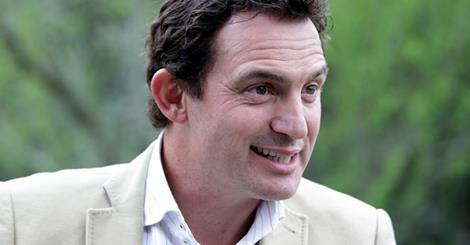 IF THE GREENS want a glimpse of their future with Labour, then they should listen to Stuart Nash.

The Napier MP (who raised the bulk of his campaign funds at a single dinner organised by Matthew Hooton and held at Auckland’s exclusive Northern Club) lamented the fact that the oil industry’s “great story” – about jobs, regional development and enhanced government revenues – was simply not being heard by the New Zealand public. It was time, said Nash, for the industry to “lift its game”.

This is, of course, the same Stuart Nash who is also urging Labour’s caucus to abandon its support for the Greens’ flagship energy policy of setting up a single electricity buyer – NZ Power.

“It will be my very strong recommendation that we drop NZ Power,” the Stuff website quotes Nash as saying. “There are very few people that think it is a policy that’s needed in 2015. Maybe 10 years ago there was a strong argument for it, but not now.

“We have got a regulatory framework – the Commerce Commission and the Electricity Authority – which is out there looking at predatory behaviour, and also with a strong mandate to foster competition . . . you could argue that the level of competition necessary to drive prices down is coming in.”

Nash is the fresh new face of a Labour Party Caucus still smarting from the hiding it received at last year’s General Election. A large number of the Napier MP’s colleagues share his view that the party cannot be elected while tens-of-thousands of voters see it as being joined at the hip with the “far-Left” Greens.

Nash is convinced that until “Middle New Zealand” becomes convinced that any future Labour Government will not only limit itself to “sensible” economic and social policies, but also undertake to keep the Greens on a tight leash, there is very little chance of the party being re-elected.

It’s a view that can only have received powerful reinforcement from Winston Peters’ conservative populist victory in Northland last weekend. The speed with which the NZ First leader embraced the role of environmental defender (by promising to keep the Resource Management Act safe from Dr Nick Smith’s ‘forests and sawmills’ model of economic development) will not have been lost on Nash and his ilk. They’re convinced that a substantial number of New Zealand voters, while happy to call themselves “environmentalists”, shudder at the thought of being labelled “Greens”. Nash (and Peters?) suspect that there may be upwards of 100,000 “detachable” Green voters just waiting for someone to offer them a more comfortable billet.

All of which leaves the Greens facing some very uncomfortable choices. With the zeitgeist offering scant protection to old-fashioned left-wing radicalism – let alone revolutionary ecologism – the party will either have to hunker-down and wait for the conservative tide to turn; or, allow that same tide to carry it inexorably to the Right.

The first option would see the Greens’ numbers shrink, but the party itself would remain true to its core principles. Anchored firmly on the Left, it would offer the electorate clear policy and, more importantly, clear ethics. In a Parliament awash with opportunism and equivocation, the Greens would continue to speak truth to power.

The second option offers the Greens the prospect of power itself. Yes, it would give rise to enormous internal tensions and involve some pretty major compromises; and, yes, the Green leadership would have to restrict the party’s ambitions to achieving the sort of small gains that either Labour or National might reasonably be expected to concede; but they would, at long last, be part of the game.

After being excluded from executive power for nearly twenty years, the Greens would finally be free to choose. They, and they alone, would decide whether Green Party ministers took their seats at the Cabinet Table alongside Simon Bridges – or Stuart Nash.