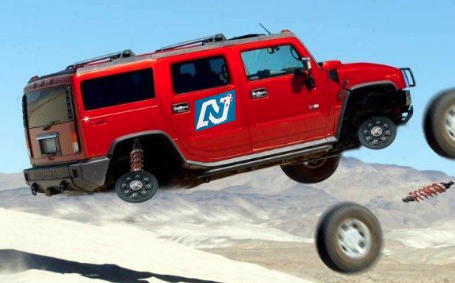 With Winston Peters winning the Northland by-election, National’s grip on power has loosened, with one less seat in Parliament.

Before 28 March, National held 60 seats in the House, and with it’s neutered poodles, ACT/David Seymour, and Peter Dunne/United Future, had an overall majority of 62 out of 121.

With Peters’ victory, National’s majority now rests on Peter Dunne, who, on occassion has exhibited an ‘annoying’ streak of quasi-independence from the National Party Politburo.

What has not been examined by the MSM is that should National face another by-election, even Dunne’s support will not be sufficient for National to pass legislation, and reliance on the more independent minded Maori Party would put Key’s administration into an untenable situation.

For example, on TVNZ’s ‘Q+A‘ on 29 March – the day after the by-election – the Maori Party’s co-leader Marama Fox outlined her party’s position on social welfare;

Fox: “We now have the opportunity to leverage of this platform; to negotiate every piece of legislation…

… One of the things that we need to ensure is that we can put money in the hands of the people who most need it. If you look at the poverty statistics in this country, the people who are most affected by poverty are families on benefits. And benefits have not risen with the rates of the cost of living in the last thiry years, really, in realistic terms and those people need some relief.”

When Corin Dann asked Ms Fox if she would demand more money from the Finance Minister to increase welfare payments, she replied;

This is not something Bill English would want to hear. With National’s Budget surplus this year balanced on a knife’s edge, English has already squashed John Key’s suggestion of a $130 million tax-payer funded bail-out of SkyCity’s convention centre;

“There’s no contingency for that. If the less preferred option ended up being the option then that money would be part of the Budget process.”

It beggars belief that English would welcome an  increased welfare bill costing many hundreds of times greater than the subsidy proposed for a multi-national casino – though god knows it would go a long way toward alleviating increasing child poverty in this country.

Yet, that is precisely the situation that National now finds itself in. One more by-election loss, and National’s majority in the House would vanish, and Key’s administration would be at the pleasure of the Maori Party.

As the General Election in 1984 showed, voters do not appreciate early elections and the governing Party is punished at the ballot box.

So where is National vulnerable to losing by-elections?

The following five National-held electorates have majorities of five thousand or less, and in a major swing away from the government, could potentially fall into the hands of an Opposition Party;

In addition, there are ten electorate National/ACT MPs with majorities between 5,000 and 9,000 – the latter figure being Mike Sabin’s 2014 electoral majority;

National’s other coalition partner, Peter Dunne, has a slim majority of only 710.

At this point, the National Party politburo and their charismatic, blokey Dear Leader must be praying to every god in the heavens for the health and safety of those sixteen members of Parliament.

Key, English, Joyce, et al, must also wondering if any of their colleagues have any skeletons rattling noisily in their closet? And if so – does Labour or NZ First know about it?

* Unreliable majority because of deal-making between ACT and National.

Interest.co.nz: Finance Minister prefers not to spend taxpayer cash to avoid Sky City ‘eyesore’; no money in Budget 2015 for it

Northland by-election – a damning poll and a damnable lie?

Letter to the editor – Northland voters have been warned