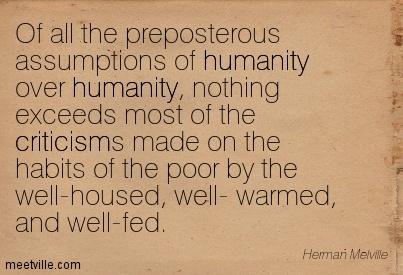 Children’s income support policies are a mess. For years CPAG has argued that Working for Families is based on faulty thinking that belongs if anywhere in the past century. A more convoluted, discriminatory and illogical combination of confusing tax credits would be hard to imagine. Those who are doubly burdened with issues of poverty and child disability must fight for any extra meagre entitlements. Only some newborns are given the extra tax–funded support of Paid Parental Leave, while the very poorest babies who need extra help the most are given nothing.

Adding to that is the archaic and creaking benefit system that fails to offer families adequate support when they need it most and punishes them with sanctions in the name of welfare reform. The use of relationship status to punish women and their children has no place in any fair and just welfare system. Child Support changes have been a long time coming but don’t appear to offer any improvement. Not only are they very expensive to administer, they are having perverse effects in making some single mothers much worse off than before. We have got policies very wrong and it is no wonder that there are 205,000 children in families under the very, very low 50% poverty line.

These are not just academic matters for the policy wonks to tut-tut over from time to time. The impact of bad policy creates a systemic bias that reinforces entrapment in poverty. Policies fail our children and their young lives are blighted with long-term consequences both for them and for society. It does not have to be that way. We do choose to treat older citizens well, and have low rates of poverty as a result, but we choose to marginalise, judge and damage the lives of the weakest of our young with ill-judged policies.

Unfortunately, the most concerned and articulate in the children’s’ movement have never agreed about the messages that government should hear on child poverty. Consequently, government finds it easy to side-line them, even to the point when the term child poverty itself has dropped out of recent government statements.

For example, it does not appear in the Government briefing for the coming budget. Instead we read of more emphasis on jobs and growth to cure the problems of not child poverty but ‘families in need’

The Government’s economic programme continues to build a faster-growing economy with more jobs and rising incomes, and to support New Zealand families in need.

Worse still, the only other reference contains an ominous indication that all government intends to do is to shift money from one set of poor children to another:

There is no clear, unambiguous message to government that the poorest children continue to miss out and that they must be included in all tax-funded support for children. For example, when well-meaning children’s advocates call simplistically for an increase to the Family Tax Credit or worse hark back 50 years and demand a ‘universal child benefit’, the government can rightly sneer, as John Key did when he referred to such urgings as ‘barmy’.

The problem is that those who care passionately about child poverty disagree among themselves. Some find the intent of Working for Families to encourage paid work compelling regardless of whether or not it is well designed to achieve this end. Some think it is OK to rely on private charity to mop up the remaining problems when paid work does not deliver the expected outcomes.

Colleen Brown, a tireless advocate for disabled children and their families said last week at the launch of the CPAG disability report – It should not be this hard –children poverty and disability

[A]a social movement for change must be underpinned by a clearly articulated and agreed upon analysis and strategy for change if it is to succeed. Most importantly, the analysis will give a sense of right and justice to the cause, elements so necessary in sustaining the self-belief, fearsomeness, tenacity and sheer hard work throughout the campaign.

So let’s have a go at what we might be able to agree on and therefore our vision for where we want to be in the future and then insist with one voice that policies adapt incrementally in an agreed direction.
Here is a suggested set of principles that surely are uncontroversial.

Based on Principle 1 backed up by being signatories to the UNCROC we should have no difficulty in supporting the right of all children to benefit from social security, especially those tax-funded measures that reduce poverty. The first step then is to join the iniquitous In Work Tax Credit to the FTC for the first child payment. This makes the first child maximum payment $152 weekly paid for all low income first children. This avoids any judgemental discrimination about who is worthy or not based on outmoded criteria of fixed weekly hours of work or benefit status and will reduce child poverty significantly. It also greatly improves outcomes judged on principles 1,2,3,6 and 7.

If some find that it offends Principle 4, then they need to answer the question: were hours of work increased because of the In Work Tax Credit? Perhaps a look at the latest Treasury ( 2014) evaluation of Working for Families may help answer that:

This paper examines the labour supply responses to the Working for Families (WfF) package of welfare reforms, which was fully implemented in 2008. The policy changes were implemented with the aim to encourage benefit recipients to participate in the labour market and to address income adequacy issues for families with children. …It is estimated that the introduction of the new policy increases labour supply of sole parents by an average of 0.62 hours per week, but decreases labour supply of married men and women by 0.10 and 0.50 hours per week, respectively.

Treasury don’t do the obvious which is to look at the net effect on hours worked. Many married women work less because they can afford to work less. They get the IWTC on the backs of their partner’s hours of work regardless of how many hours they personally work.  Thus given the numbers of married and unmarried women, it is likely that overall work hours actually declined because of the IWTC ! So much for a work incentive or maybe ‘married’ women just aren’t expected to work ?

Notice that Treasury does not even begin to evaluate whether the objective of income adequacy was achieved. Perhaps that is because such an analysis would end up agreeing with the Ministry of Social Development’s damming indictment:

Working for Families had little if any impact on the poverty rates for children in workless households. (MSD 2010)