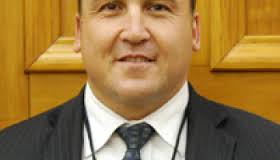 It is outrageous in the extreme that Northland voters are being asked to elect a new representative without being allowed to know why their last elected representative stood down for ‘personal reasons’.

It matters because they are now being asked to re-elect the Party this MP stood down from. Their candidate was the Treasurer of the former MP, yet he can’t remember hearing anything about his MPs personal life just like he can’t remember the 10 bridges he’s tried bribing Northland with.