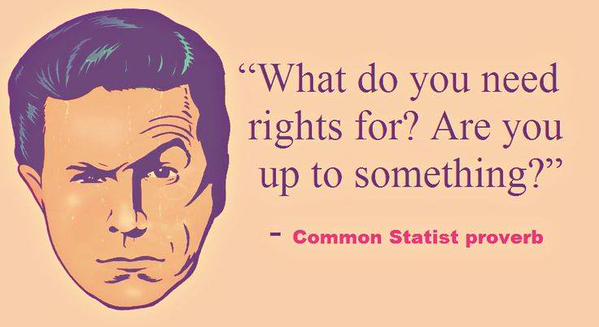 On top of all the mass surveillance spying revelations, we now see the horror of a NZ Police Force out of control in terms of spying on NZers.

The extent of how the Police threaten businesses with handing over your personal information minus any warrant is the kind of totalitarian behaviour you see in a functioning Police State, not a Democracy!

I don’t know that many NZers who bled to death on foreign shores to fight for the Police to be able to secretly threaten businesses into giving them information on you without any judicial oversight whatsoever.

If you are not outraged by this, you don’t deserve to vote…

Broad swathes of people’s personal data are being sought regularly by police from airlines, banks, electricity companies, internet providers and phone companies without search warrants by officers citing clauses in the Privacy Act.

Senior lawyers and the Privacy Commissioner have told the Herald of concerns over the practice which sees the companies voluntarily give the information to police.

Instead of seeking a legal order, police have asked companies to hand over the information to assist with the “maintenance of the law”, threatened them with prosecution if they tell the person about whom they are interested and accept data with no record keeping to show how often requests are made.

The request from police carries no legal force at all yet is regularly complied with.

Production orders and search warrants, by contrast, carry a legal compulsion after being approved by a judge or senior court official.

The practice has emerged in recent cases cited by a number of lawyers and has seen a district court judge question the legal right of police to access a defendant’s electricity records without a legal order because of the “increasingly intrusive nature of the information gathered by power companies”.

Privacy Commissioner John Edwards said he was undertaking research to see if his office should become a central register recording the number of such requests. He said he intended to lead discussion with holders of information over how they could publicly declare the number of requests received.

“I have been concerned for some time there is not full transparency and accounting over the various means (those holding information) agencies are engaging with law enforcement agencies.”

He said a range of law enforcement bodies were citing clauses in the Privacy Act to get people’s personal details. Clauses in Principle 11 of the act allowed personal information to be provided if it was for “the maintenance of the law”, “protection of the public revenue”, to “prevent or lessen a serious threat” to inviduals and similar clauses.

But the broad intent of Principle 11 was to protect information, he said. “It is not a power to obtain information for the police.”

…but it gets so much worse than this. Because while the spineless, gutless businesses secretly hand over our personal information to the cops without any warrant is despicable, the banks in NZ then use that information as a negative credit blot against you!

That’s right, if the Police secretly ask the Bank to give them your personal information, the Banks then use that secret request as a negative mark on your credit rating.

You have no way of knowing that this has happened, what has been done with your personal information, why it was done nor do you even have the chance to clear whatever bad mark is put against your name. What if the Police just don’t like you? They can make a request, gain all your information and then secretly damage your credit rating. How many ex-partners of Police suspect that’s happened?

This flies in the face of every notion of natural justice we have!

If the Police believe they have the evidence to gain your information, they go to a Judge and present their evidence and the Judge gives them a warrant, so what is happening here is vast secret trawling and the negative unchallenged consequences that then come with that vast secret trawling.

I get that middle NZ worship’s authority and they have a romantic infatuation with the Police, but for the love of God, this is beyond dangerous. You all get how far away from Democracy this is right?

It’s a pity the Police spend so much time secretly taking our information and smearing our reputations but so little time being able to catch self confessing rapists who boast about their crimes online.

What is this Police Force for? Solving crimes and protecting the public or spying on the people?