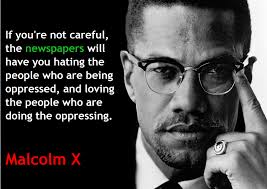 The Listener reached a new low point in the editorial “I spy a by-election’ (March 21).

A sustained personal attack on a respected investigative journalist, from an anonymous page, is hardly honourable.

Nor is the adolescent shonky logic the writing displays. The editorial implies that because something is not popular, it is not morally relevant.

By way of analogy: many thousands of New Zealanders are not fully into the arcane nuances of tax law – but that does not make tax evasion any less illegal.

So you (whoever you are) may say “most new Zealanders are complacent about their civil rights.” Indeed. But that does not allow for the breaching of them.

The editorial also claims that “Such vigilance scarcely makes the GCSB the tool of self-interested political forces.” What do you now say about the news that the GCSB spied on National MP Tim Groser’s competition in a job application?

The anonymous writer also makes some incredible assumptions; one of which is that Hager cynically schedules his revelations to precisely fit the New Zealand electoral cycle, or in this case, the surprise Northland by-election. Hager – who has never been proven substantively wrong in his writing – has repeatedly said he releases information as it is revealed by his research. Surely the Listener knows that good journalists must take time to check allegations and the veracity of their sources.

Shame on you, Listener. You’ve lost another subscriber.