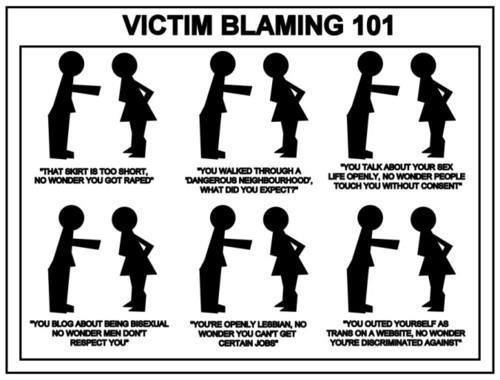 On Tuesday, the University of Canterbury Students’ Association official magazine CANTA published their Diversity Week issue. Apparently, the misogynist fringe needs representation, too, and their featured article honoured the principle.

Entitled The Epidemic of Virtual Butt-Hurt, the article attempted to refute Kat Stoeffel’s article about virtual sexual assault in online games. Written by one ‘Queen B’, it includes the incisive observation that “dense bitches just shouldn’t game” and “one might liken you to a drunk sorority girl whose whorey tendencies gets her in stupid situations – you were aware of the risks: you were asking for it.” So far neither the University nor the Students’ Association has stated whether they agree that drunken or flirty university students are asking to be raped.

Greg Stubbings, CANTA editor, claims he only printed what students wrote, that it was “clearly meant to be satirical.” Actually, the word ‘editor’ is right there in Greg’s job title. Editors certainly do not print everything that comes across their desk; their job is to decide what’s worth publishing, make it fit for publication, and bin the rest. Subtle systemic sexism is unfortunately very widespread, and worth mentioning in any article on the subject of online assault; for this reason the editor cannot simply assume that readers will take the work as satire. What’s more, the article is plainly serious in its dismissal of virtual rape, and its hyperbole is not in any way distinguished from its serious criticism. This decision calls Greg’s abilities into serious question.

Queen B concludes by telling Stoeffel to “get back in the kitchen, bitch” then repeats the command, saying she feels perfectly comfortable saying it. She repeatedly emphasises that these are her real beliefs. That’s not how you write satire – even if she doesn’t really think these things (and charitably, let’s assume she doesn’t), when your words are only exaggerations and repetitions of commonly held sentiments, you have to work doubly hard to show that you are satirising rather than amplifying.

It is possible to write critique without savagely dismissing the experience of sexual harassment. Even more, there’s a lively debate about it. But Queen B is ignorant of her own subject matter, and fills the void with vitriol. Her worst oversight, though, is that rape is real. It happens to real people. Sexual harasment is real. Not only do virtual assaults normalise harassment, they revictimise survivors of sexual assault, trivialise their trauma. This makes computer games inhospitable to survivors and, coupled with misogyny, to women in general.

The tragic irony of CANTA’s article is that it also does all these things. Even worse, instead of making computer games hostile, it is the real University of Canterbury that is darkened. Your path home after night lectures, your right to go partying, your faith in your fellow students; Queen B says “you knew the risks”, and she has a real audience. Victim-blaming is rarely so explicit; it is a much worse example of misogyny than the ones it is trying to defend. Queen B refers to a reddit discussion of online sexual harrassment, where, predictably, redditors reacted defensively and aggressively to the idea that maybe we shouldn’t sexually harass people? Somehow Queen B has produced a screed that makes even 4chan look tame by comparison.

Apologists for the article will cry ‘free speech’, and it’s true; everyone has the right to say whatever they like, and be called a disgusting fool into the bargain. Our law thankfully permits them to do so. However, when your best defense is that what you did was not specifically illegal, you should seriously question it. Free speech is a minimal defense against prosecution; it is not a justification. Free speech is worth protecting because it allows us to criticise the powerful, when they would otherwise be able to silence us. It is a waste and a betrayal of free speech, to use it as an excuse to attack the already oppressed.

Nor should we uncritically accept the idea that CANTA’s editorial staff are a neutral medium for the free exchange of ideas. This was a sin of commission; not only did CANTA not bin the article, but they actually gave it featured status and paid Queen B $100 for her valuable service. Maybe this shows the low quality of all their other submissions; if so the remedy is obvious; CANTA needs more and better submissions. They will literally give you $100! And all you have to do is write a better article than Queen B.

What is the UCSA thinking? With its recent ‘gag order’ forbidding clubs from public conflict, one wonders if they have frequent outbursts of criticism, and given the content of this article it’s no mystery why they should be bracing themselves for much more. So let’s bring it.

Author bio: Leith McLean is a writer and activist living in post-apocalyptic Christchurch. He works in science communication and is writing a childrens’ horror story. He loves online games and think they deserve better.