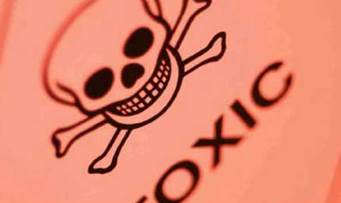 NEW ZEALANDERS are angry. News that the country’s youngest and most vulnerable citizens are being treated as pawns in a dangerous game of political blackmail has been received with a mixture of fear, fury and frank disbelief. Many people simply refuse to believe that the threat to mix the deadly 1080 poison with infant formula is genuine. They have dismissed the whole shameful business as nothing more than a criminal hoax.

But it is not a hoax. A hoax is defined as a humorous or malicious deception. To perpetrate a hoax is to trick and/or deceive. But, at no point in this crisis has anyone been tricked or deceived. Someone sent a letter to Federated Farmers and Fonterra. Inside each letter was a small package containing what the sender claimed to be a mixture of 1080 poison and infant formula. Tests confirmed the sender’s claim. This was, indeed, a mixture of 1080 poison and infant formula. No trick. No deception. And no one at Federated Farmers or Fonterra was laughing.

What New Zealand is being subjected to is eco-terrorism – and it’s working. Already the person, or persons, behind this attempt to force the Government to stop using 1080 pesticide has cost “NZ Inc” as much as $20 million. A vast and ruinously expensive testing regime has been established. The importers of New Zealand infant formula have been contacted – with incalculable effect upon the nation’s reputation. Even more ominously, the moment the four-month-old crisis was officially acknowledged, the value of the NZ Dollar dipped sharply. The asymmetry of the situation is striking. The dispatch of two letters and a few milligrams of 1080 has produced hugely disproportionate consequences.

And it is far from over. The Eco-Terrorist sent his letters in November 2014. (The masculine pronoun is being used here, but the perpetrator could just as easily be female.) But the threat to set in motion the fatal contamination of New Zealand’s infant formula was post-dated to the end of March 2015. That deadline is still 19 days away. The assumption, therefore, must be that the Eco-Terrorist has spent the last four months devising a way of demonstrating to both the New Zealand Government and the importers of our infant formula, that he can introduce 1080 into the product at will. Indeed, the Prime Minister’s refusal to abandon 1080, coupled with his point-blank refusal to negotiate, more-or-less requires the Eco-Terrorist to make such a demonstration. If some proof of capability is not forthcoming, then the threat evaporates and the crisis is over.

The temptation is strong to dismiss the Eco-Terrorist as a “nutter”. This would be a mistake. What has been revealed over the past 48 hours is a carefully planned and executed terrorist attack on the New Zealand State. Indeed, the blackmail threat which the Eco-Terrorist has made falls squarely under the heading of “New Zealand’s worst nightmare”. As an exporter of high-quality food products this country has always been acutely vulnerable to any event – natural or human – which renders its exports unsaleable. The most terrifying “doomsday event” would be an outbreak of Foot and Mouth Disease. But Poison-In-The-Baby-Formula comes a pretty close second. The potential for massive economic damage is frightening.

What sort of person could do this? Who should the authorities be looking for?

The key to identifying the Eco-Terrorist lies in tracking down the source of the pure 1080 that was mixed-in with the infant formula. Was the poison smuggled into the country from the United States? Was it stolen from the Whanganui factory that manufactures the 1080 pellets used by the Department of Conservation? Or, did it come from one of the small number of research facilities which, according to the Environmental Protection Agency (EPA) hold small quantities of the chemical in their laboratories?

A consensus is forming that the most likely source of the poison is one of these research facilities. If so, then the profile of the Eco-Terrorist/s more-or-less writes itself. He would have a background in scientific research – quite possibly into 1080 itself – and that research, or the research of someone with whom they have worked closely, may have led him to the conclusion that the Government’s use of 1080 is environmentally and morally indefensible. That the Government has refused to be swayed by the international and domestic evidence of 1080’s toxicity, and simply over-ruled the objections of thousands of New Zealand citizens, may have driven him to the conclusion that only by imposing a crippling economic cost on its continued use can 1080 be banished from our shores.

The Eco-Terrorist’s concerns may have been further exacerbated by the pro-1080 stance of individuals and groups he had trusted to come out in opposition. The Commissioner for the Environment, Forest and Bird and the Greens have all, to the surprise and frustration of the anti-1080 lobby, publicly declared their support for the pesticide. This unexpected “betrayal” of the cause may have been the final straw. In the Eco-Terrorist’s mind, the Government’s stance will only be changed by “other means”.

It’s a truism of terrorism that a person who, under normal circumstances, could be relied upon to live a quiet, productive and thoroughly law-abiding life, may, given the right sequence of provocations, be transformed into a radically different being. The moment such a person is convinced that the ends he is now pursuing are both noble and necessary, then any means, no matter how heinous, which serve to bring those ends closer, are permissible. Once that particular mental Rubicon has been crossed, a human-being is capable of doing just about anything – with a clear conscience.

Even poisoning babies? Possibly. Although infant formula may have been targeted by the Eco-Terrorist on account of its already proven capacity to inflict massive damage to the New Zealand economy. Even so, there is a strong possibility that by drawing babies into the threat environment the Eco-Terrorist has inadvertently given the Police’s criminal profilers access to long-buried hurts, unacknowledged conflicts and deep psychological wounds.

Experts are already speculating that the “unsub” [unknown subject] may have lost a beloved pet to 1080 poisoning. Others insist that, because no parent could use babies as bargaining chips, the Eco-Terrorist must be childless. The image arises of an isolated, highly intelligent, but very lonely person, who masks his furious desire to strike back at the world (which he experiences as cruel and unresponsive) behind a passionate public commitment to protecting the natural environment.

So, how does this crisis end? Well, that depends on how successful the Eco-Terrorist is at evading apprehension, and whether or not he is able to keep on ramping-up the pressure.

We must all hope that, in the 19 days that remain before his post-dated cheque is due to be cashed, the authorities are able to identify and apprehend this criminally misguided individual. By bringing the public into the process, the senior political, bureaucratic, military, police and security personnel on ODESC – The Officials Committee for Domestic and External Security Co-ordination – now have 4.5 million pairs of eyes at their disposal.

Let us pray that 4.5 million is enough.