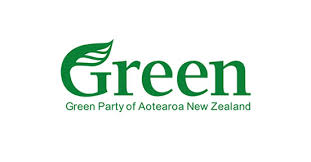 Radio Live asked for my opinion on the Green Party Co-Leadership race over the weekend, here were my thoughts.

The 3 main contenders for the Co-Leadership of the Greens represent the ideological battle that is currently playing out inside the Party.

Kevin Hague – Represents the status quo. The difficult balancing act the Greens currently face by trying to be all things to all people. Kevin won’t make a call for either side of the ideological fencepost and will champion the ‘Greens aren’t Left or Right, we are forward’ mantra that Russel Norman adopted to brush off questions about where the Greens stand. He has seniority but faces the challenge that members are wanting a definitive position around which they can build.

Vernon Tava – represents the blue-green dimension of the Greens, wants to open the possibility of working with National and states that the Nats would be very willing to work with them. Tava is running because it’s too soon for James Shaw to run.

Gareth Hughes – One of the Greens best performers in Parliament, Hughes appeals to the large chunk of Green Party members who are Gen Xers and Gen Y, his argument that the youth wing of the Greens should be represented in the leadership role is a difficult one to refuse.

Conclusions: The Blue-Greens don’t have the membership numbers to push through their working with the National Party agenda at the moment and so Tava’s candidacy is more a staking out of intentions by that block. Kevin will have difficulty explaining how his candidacy will be the circuit breaker many members are desiring after their disappointing 2014 election result and Gareth Hughes appeal to the youth vote is probably the biggest opportunity for growth.

The difficulty for the Greens is where will they pick up new voters. They can do that by appealing to the youth vote (where Hughes would be their strongest weapon), but their strategy will need to be aware of the political landscape they will be entering for the next 3 years.

Labour’s recent smack in the face to Metiria by denying her a seat on the Intelligence Review is a reminder Labour intend to cannibalise as much Green vote as possible in time for 2017.

With Labour focused on being a 40% Party again and with their move to the middle, should the Greens change ideological tack and chase the same electorate or would staying left and progressive syphon disgruntled Labour voters to them while pulling in larger numbers of youth vote?

It’s the question the members will need to answer as the Greens work through where their future stance will take them.