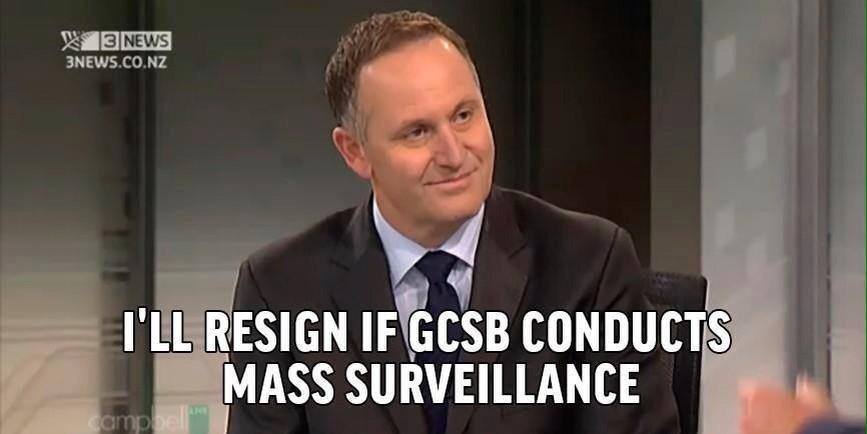 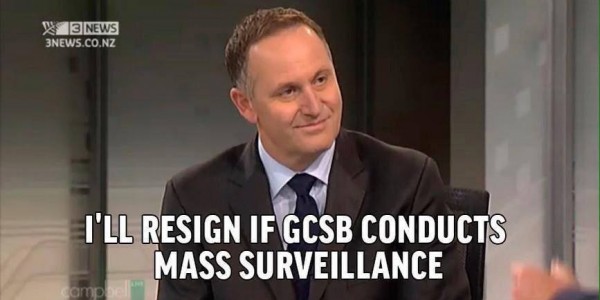 The right wing response to the incredible investigative journalism of Snowden, Greenwald, Hager, Fisher and Nippert is ‘so what’. Key’s attempt to brush this under the carpet sums up their position, if-our-spy-agency-wasn’t-spying-I’d-sack-them-nothing-to-see-here-move-along style of response that shrugs off all the revelations as a non-issue.

The casualness of the right wing response is aimed at not spooking the sleepy hobbits who went into the election deciding to side and trust with Key, those hobbits are now startled to see all the co-operation in the media and with the next revelations primed for the weekend papers, National and their proxies in the media need to downplay, downplay, downplay.

There’s a reason they need to do that, and it’s because what has been revealed is extraordinary.

America has decided the Pacific is their new friction point between China and themselves to decide who is the global super power, at about the time that strategic move was being decided, NZ suddenly starts sucking up every inch of Pacific Island electronic communications they can and passing all of that straight to the Americans.

Using 5 Eyes to spy on specific threats to our country is one thing, sucking up every electronic communication in the pacific and handing it directly over to the fucking Americans is a completely other thing!

Do we understand that?

I’m not sure those who fought and died at Gallipoli did it so NZ could one day spy on the entire Pacific as a stooge for America!

Our Government assists the United States of America in spying on our Pacific Island whanau, our neighbours and friends??? This is what we are asking our soldiers to die for these days? So we can be Americas nark?

I get the feeling a whole lot of milk powder is suddenly going to not meet the required paper work at a Chinese border.

Prime Minister John Key says he and the head of GCSB would resign if the spy agency were found to have conducted mass surveillance.

He made the comment to reporters at Parliament in the light of assurances that the changes to the GCSB Act 2003 would not mean mass surveillance of New Zealanders.

Asked if he and GCSB chief Ian Fletcher would resign if there were mass surveillance, he said yes.

…well we now have evidence that the GCSB is conducting mass surveillance, so when is Key announcing his resignation?

NZers were conned into trusting and believing Key, he has lied to our faces, he has promised to resign if he got caught lying, and now I’m guessing it will turn out he was lying about resigning if he was caught lying.

Those who voted National or didn’t vote have 3 long painful years to reconsider that decision.