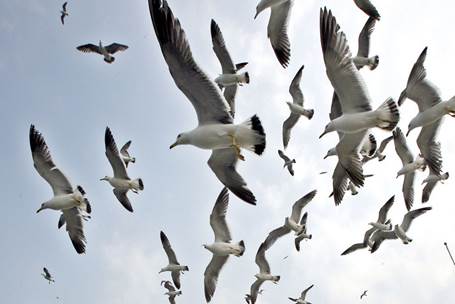 LISTENING TO RADIO LIVE, to this bloke’s telling Willie Jackson what he’d do to the Aussies awaiting execution in Indonesia.

And I’m thinking, what the hell has happened to us. When did we turn into this sort of country?

Because it’s everywhere. This viciousness. This absence of all civility. This lack of love. What James K. Baxter called “the crushed herb of grief at another’s pain”.

God! Just imagine what our right-wing shock-jocks would make of James K. if he suddenly reappeared to point his prophetic finger at the greasy excrescences that have somehow floated to the top of “God’s own country”.

Hell, Baxter was an angry man in the 1960s and 70s. The 60s and 70s! When kids could go to Varsity for free. When a young couple could buy their first house at 25 with a 3 percent State Advances loan. When fewer than 5,000 people were unemployed.

In his poem, Crossing Cook Strait Baxter has “Seddon and Savage, the socialist father” raging:

I walked forth gladly to find the angry poor
Who are my nation; discovered instead
The glutton seagulls squabbling over crusts
And policies made and broken behind locked doors.

The glutton seagulls, oh yes, they’re still with us. Still squabbling over crusts. They’ve grown obscenely fat over the intervening years. Too fat now to fly. But just you watch them strutting around their enormous piles of crusts. Running furiously at anyone who comes close. Screeching insults. Their angry voices drowning out the songs of the gentle. The warnings of the wise. Eleanor Catton. Nicky Hager.

I was at Radio Live on Election Night as the seagulls racked up yet another win for gluttony. Saw the Seagull-in-Chief on the TV monitor, his vast wings outstretched in a bilious benediction. How the flock screeched. And why not? Their crusts would were safe for “Three more years! Three more years!”

Sean Plunkett, wearing the sort of grin more usually found on the face of a wolf who’s finally caught up with his exhausted quarry, asked me how I was feeling.

All I could think of was James K Baxter’s lines from Pig Island Letters:

The man who talks to the masters of Pig Island
About the love they dread
Plaits ropes of sand, yet I was born among them
And will lie on day with their dead.

I rode home in a taxi as the skies unleashed sweeping showers of Spring rain across Auckland.