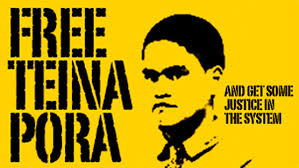 The Police framed a young brown kid to take the fall and what we now see represents the worst miscarriage of justice ever in NZ history.

Our lust to punish whipped up be a crime headline news culture has led to a justice system incapable of objectively reflecting on its rulings. The desire to punish has outstripped our ability to be just. Add to this an alpha male Police Culture that believes it’s never wrong and we have private prisons full of innocent people.

The societal maturity to reflect upon this outcome and challenge it is something I hope to see in my lifetime.

Key’s response that our justice system is fine is the sort of blind privilege we should recoil from, not elect as Prime Minister.