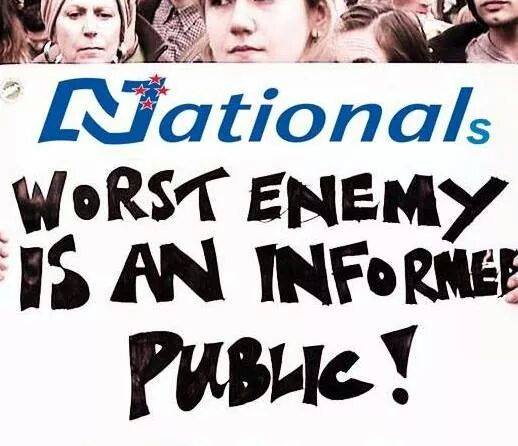 The rush by every Government department to gain as much unreasonable search powers is on!

There must have been a collective gasp from the Departments that Key had not only gotten away with vast erosions of our civil liberties without a murmur from the sleepy hobbits, but that the SIS had gotten away with colluding with the PMs Office to falsely smear the Leader of the Opposition before the 2011 election and the voting public actually rallied!

Emboldened by a wilful ignorance from an electorate that borders on Cargo Cult, other departments are now just going to try shit on and see if they can get away with it as well.

Welcome to Customs latest attempt at a gross intrusion into our personal lives.

This ‘discussion’ document is meant to begin a ‘debate’ for them to gain this power. Note the last two

That’s right, Customs wants to assert their current stretching of the rules to allow for routine searching of your phones and computers and the icing on top of that shit cake is being forced to hand over your passwords.

That rules Nicky Hagar ever leaving the country with his phone.

The horror of this is that under the bloody Search and Surveillance Act 2012, Customs can gain a search warrant for these kinds of electronic intrusions, so if Customs genuinely believes you are a threat, they can gain the warrant under existing legislation, but that’s not what they want here. They want the automatic right to gain entry and force compliance to hand over your passwords.

What is it about all these agencies who have existing powers but want even more???