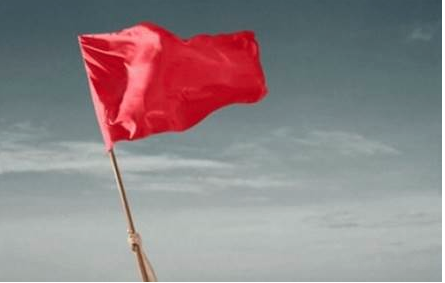 THE NORTHLAND BY-ELECTION could have made life extremely difficult for John Key’s government. And it’s just possible that it still might. The thing is, if Labour had been willing to throw all its local resources behind the candidacy of the NZ First leader, Winston Peters, it would have been “Game on!” for real. So, why didn’t the Labour Party follow the Greens lead and decline to field a candidate?

Some have argued that the Northland seat is so safe for National that there’s no point. That even if Winston had been allowed to run alone it would have made no difference to the final outcome. An analysis of the electorate’s voting patterns since the arrival of MMP in 1996, however, suggests that Northland might not be quite so cut-and-dried for the National Party as the pundits think.

In 1996 and 1999, had there been only one “Opposition” candidate standing against National’s John Carter, the seat would have changed hands. (In 1999 by a margin of around 2,500 votes!) In 2002, Carter would have hung on, but only just. In 2005, however, Carter’s position was much more secure. Don Brash’s deeply conservative campaign, combined with the local candidates party-building efforts, had pushed out National’s winning margin to a comfortable 3,000+ votes.

National’s winning margins really took off after 2005 – but only because in the 2008, 2011 and 2014 General Elections the NZ First Party did not field a candidate. Even with this tail-wind, however, National’s momentum began easing off. From a winning margin of nearly 8,000 votes in 2008, the year John Key led his party to victory, to a more modest lead of around 5,500 over his major opponents (Labour, the Greens and Mana) in 2014.

Okay, 5,500 votes is still a very comfortable winning margin in normal circumstances. The thing about by-elections, however, is they can very quickly morph into something thoroughly abnormal. The right candidate, bearing the right message, with the right sort of enthusiastic on-the-ground campaign workers, can upset the electoral apple-cart in fine fashion.

Just such by-election upsets were provided by the Social Credit Party in 1978 and 1980. On both occasions the wins were a product of two, mutually reinforcing, trends. The electorate’s temporary estrangement from National, and the mass defection of Labour voters to the Social Credit candidate – whom they quite correctly identified as the person most likely to defeat the incumbent. It certainly didn’t hurt that both of the successful challengers were highly telegenic and articulate spokesmen for their cause, nor that the Social Credit Party’s war-chest was bursting with cash.

Whether or not Northland might have developed into a runaway by-election victory for Winston Peters we will probably never know. If the voters had been offered a clear-cut choice between preserving the status-quo, and reining-in a National Party showing alarmingly early signs of third-term-itis, would they have opted for the latter? Would the prospect of reducing the Government’s margin of control in the House of Representatives have pleased, or provoked, Northland voters? Would Winston’s legendary prowess at bringing home the pork for his constituents secured the old scoundrel at least a short-term lease on his turangawaewae? With Labour’s candidate, Willow-Jean Prime, now set to siphon-off a minimum of 3,000-4,000 crucial votes, the answers are unlikely to be forthcoming.

Not that the Labour Party was ever the slightest bit interested in finding out if Winston could win the Northland by-election. Andrew Little’s eyes are fixed upon an altogether more distant electoral horizon – 2017. He is convinced that unless his own party becomes the unequivocally dominant Opposition player, the electorate as a whole will continue to shy away from the prospect of a coalition government in which Labour is merely primus inter pares – first among equals.

In the most brutal political terms, this means driving both the Greens and NZ First right down to the 5 percent MMP threshold. To be seen as a credible alternative to the National-led Government, Labour needs to command at least 40 percent of the Party Vote, and Andrew Little must be rated as John Key’s equal. Labour will not get there by giving every Green and NZ First Party sucker an even break.

Andrew Little’s political role model for the next three years should be Don Brash. Because, if the National Party is able to look upon their present leader as the Messiah, it is only because his lanky predecessor took on the role of John the Baptist. “Prepare Ye the Way of the Lord”, in Don’s case, meant eliminating the Act, United Future and NZ First parties as serious competitors for the right-wing vote.

One of the most important factors in Brash’s undoubted success in rolling-up the Right was his Orewa Speech. It spoke to conservative New Zealanders’ growing sense of political marginalisation: their gnawing fear that other, less worthy, groups in society were crowding them and their values out of the places that had once belonged to “mainstream” New Zealand. Like a right-wing Bill Clinton, Brash convinced conservative Kiwis that he could “feel their pain”. With just 50,000 more votes he would have become their Prime Minister.

But Orewa isn’t the whole story. Brash was also assisted by the much less visible contributions of National’s ideological ninjas. Think-tanks, media assets, lobbyists, conservative preachers and sympathetic celebrities – all reiterated, where it mattered most (which was well away from the journalists’ cameras and microphones) the simple message that the only sure way to secure a victory for the Right was to get in behind the National Party. In this, at least, they argued, the Left is correct: “Unity is strength.”

This is now the real mission of Andrew Little and his team. To find the means of both reassuring and activating Labour’s base. This does not mean producing his very own version of Brash’s Orewa Speech, but it does mean acknowledging the consistent messages being sent to the party by those who feel themselves to be Labour, but who no longer believe that Labour feels itself to be them.

Standing with these voters will, almost certainly, mean that a vociferous, but much smaller, number of voters will end up walking away. Little must let them go. The job of winning them back isn’t his, it belongs to Labour’s own (yet to be properly organised) ideological ninjas. On the blogs, Facebook and Twitter; over bottles of beer at the pub; or glasses of wine at the dinner-table; the labour movement’s oldest lessons must be rehearsed again and again: “If we don’t stick together, then we won’t fight together. If we won’t fight together – then we can’t win.”

The Left needs to accept and understand that the “we” in those sentences is directed at Labour’s once and future voters. Not the Greens’ – and certainly not NZ First’s.