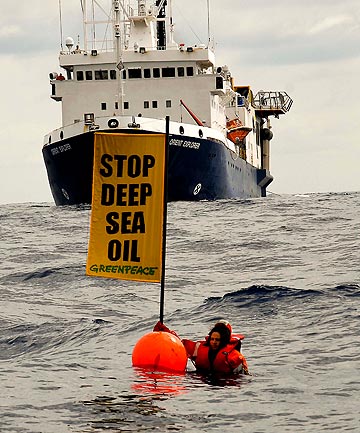 At the start of the 2014 election campaign, Hone Harawira said this,

“We are trying to change a system that resists change.”

And boy did the system resist it with a vengeance, as the course of subsequent events proved.

But without change, humanity are facing an ecological and environmental catastrophe of horrific proportions.

During the 2014 election Greenpeace’s “Climate Voter” campaign was endorsed by the Mana leader Hone Harawira. ‘

“Protecting Papatuanuku a Priority for MANA”

Climate Voter’ was an attempt by Greenpeace to get debate about climate change into the mainstream political discourse.

Harawira was the only leader of any of the political parties standing in that election to endorse this campaign.

Globally we are up against the greatest ecological and humanitaian crisis of all time, caused by our addiction to fossil fuels, which is seriously altering the climate of the planet. Yet all the major political parties in this country are conspiring to continue with ‘Business As Usual’, with regard to fossil fuel exploitation. And those that should care are keeping their mouths shut.

All the political parties, apart from Mana, standing in the Northland by-election support deep sea oil drilling in Northland. While the Greens have abstained.

When even the conventional oil and gas reserves have the potential to fry the planet, the tapping of unconventional fossil fuel reserves like deep sea oil, will seal our fate. But none of the major political parties in this country want to face up to their responsibility of care, to defy the fossil fuel lobby. (even the greens quail at the prospect of standing up to this political pressure)

Some hard questions need to asked of the Greens

Because of the Green Party’s refusal to stand a candidate; Will Rueben Taipari Porter the Mana candidate be left to face a hostile united establishment front during this by-election bent on forcing deep sea oil drilling on the people of Northland against their wishes?

Porter up against all odds

Why do the Greens not want to have their candidate in the Northland by-election?

Do the Greens not want to expose the Nats, Labour and NZ First for their sell out over deep sea oil drilling in Northland?

Why are the Greens refusing to put up their candidate?

Are we to believe that the Green Party really have no capable candidate prepared to represent them in the North?

And if this is truely the case, what does this say about the depth of the Green Party’s talent pool?

Are the Greens so unsure of their advocacy for the environment, that they are frightened to confront the Labour, National, and New Zealand First consensus on deep sea oil drilling?

Do the Green Party have a secret deal with Labour to give Labour a easy run in Northland? Is this why the Greens are not standing?

Are the Greens standing down because they do not want to challenge the Labour Party over their support for deep sea oil drilling and exploration in the North?

Are the Greens still preparing to sell out on deep sea oil drilling to strike a coalition deal with Labour in 2017?

By not standing a candidate are the Green Party playing the same two faced role over deep sea oil drilling in this by-election that they did during the 2014 general election?

Will there be no voice against deep sea oil drilling in Northland apart from Mana’s?

In light of Winston Peters refusal to oppose deep sea oil drilling in Northland. And in light of the refusal of the Greens to make a stand.

It is my considered opinion that all those who oppose deep sea oil and gas exploration in the Northland elelectorate need to give their full support to the Mana candidate Rueben Taipari Porter.

I realise that Rueben may have little chance of winning this election; But a big protest vote for Reuban especially if it is respectable will send a clear warning to all the other parties that their collective refusal to face up to the problems caused by deep sea oil drilling and climate change will not go unnoticed by the electorate.

Other than that, What I would like to say to the Greens is this; I don’t believe that you don’t have any credible candidates prepared to stand in this electorate. You have less than two days to get your act together and register your candidate before the registration for this election closes.

Pat O’Dea is the Mana Movement spokesperson for climate change