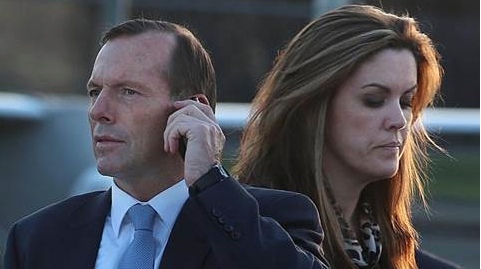 TONY ABBOTT, Australia’s beleaguered Prime Minister, is just the latest (and nearest) casualty of a steadily widening rift within the international political class. Essentially, this class is split between those who believe that effective and efficient governance is possible without popular consent. (Which, they assert, can now be convincingly simulated without political risk). And those who continue to believe that a certain, irreducible, measure of popular consent remains indispensable to the maintenance of a government’s political legitimacy.

Abbott is a particularly vivid exemplar of the non-democratic mode of governance. The speed with which he jettisoned his electoral promises to the Australian electorate confirms his entirely instrumental view of the electoral process. In Abbott’s eyes, a party manifesto should never be construed as some form of contract with the electorate. This is because electoral promises are not promises in the conventional sense. They are, rather, to be understood as straightforward voter motivators: an important means to the ultimate end of amassing more votes than one’s opponents and winning power.

Abbott’s extraordinary practice of making “Captain’s picks” – decisions made without reference to either his cabinet colleagues or his own backbench – epitomises his view of governance as a series of top-down directives – to be implemented without question or delay. In pursuing this strategy, Abbott is strongly assisted by his controversial chief-of-staff, Peta Credlin, who has repeatedly demonstrated her contempt for cabinet ministers and back-benchers alike. Working together, Abbott and Credlin have perfected an Australian variant of government-by-decree – a practice more usually associated with hard-pressed presidential regimes (most infamously with the ill-starred Weimar Republic).

That Abbott sees himself as some sort of presidential figure was made clear in his outraged reaction to the suggestion that his colleagues might be preparing to over-turn “the people’s choice” for prime-minister. In advancing this position (with considerable support from the right-wing news media) Abbott was, in effect, turning the whole Westminster System of parliamentary government on its head.

Between elections, he was saying, the Prime Minister must be invulnerable to challenge. A notion which directly contradicts the long-established convention that the Prime Minister holds office at the pleasure of Parliament, and that democratic accountability is traceable through the people’s representatives exclusively. It is Members of Parliament who determine, by majority vote, the composition of the government – no one else.

The problem with this convention, at least as far as the anti-democratic faction of the political class is concerned, is that it places far too much power in the hands of politicians who are, themselves, vulnerable to the electoral power of the voters. Inflict too much pain on the electorate and it just might decide to turf the government responsible out of office.

That this was much more than a theorem of political science was demonstrated to the Australian political class by the voters of Queensland, who, only last month, rounded savagely on their proudly anti-democratic premier and his unmandated assault on the people of the sunshine state by emphatically reinstalling a thoroughly chastened Labor Party to office.

It was this demonstration of the voters’ power (which, itself, followed hard on the heels of a similar upset in the state of Victoria) that prompted a significant minority of Abbott’s back-benchers to call for a leadership ballot. That Abbott held on was in large measure due to the formal loyalty of his Cabinet. But even inside the Cabinet Room, a restive and growing group of Liberal Party ministers are rapidly coming to terms with the practical political dangers of persisting with the fiction that Abbott is some sort of elected Kaiser and Peta Credlin his Iron Chancellor.

The neoliberal zealots who populate the think-tanks, employer lobbies and commentariat of the Australian Right may have convinced themselves that elections are mere charades to be managed by public-relations mavens, pollsters and spin-doctors; and that, as soon as these irritating democratic rituals have been safely concluded, the real business of “responsible” governance can resume – regardless of promises made and any naive voter expectations that promises will be kept. But those wiser heads within the political class know better.

Major economic and social changes, imposed without a clear electoral mandate, can only be preserved through an ever-increasing reliance on political distraction, demagoguery, and outright deceit. Inevitably, the imposition of unannounced and unfairly distributed pain will be answered by the sort of emphatic electoral rejection so recently demonstrated in Victoria and Queensland.

As the moderate faction of the political class absorbs these fundamental democratic realities, and their unease is communicated to the Liberal Party’s wavering politicians, Abbott’s position will become increasingly untenable. Sooner or later (and most probably it will be sooner) he will be made to pay the price for ignoring the pragmatic example set by his more durable predecessors.

The best Aussie barbeques are those where the guests get to eat the steaks and salads they’ve prepared themselves – not the ones where the host serves only what he, alone, has decided is good for them.