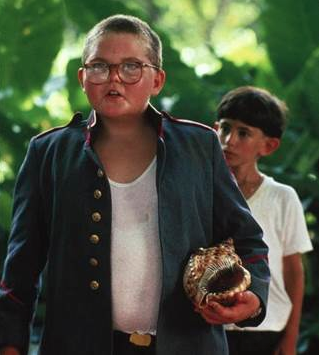 THE PRIME MINISTER’s conduct in the House of Representatives yesterday afternoon was disgraceful. It is doubtful if any of John Key’s predecessors have ever displayed such contempt for the dignity of their office. Shouting across the chamber in a manner which has been described, with considerable justification, as unhinged, Mr Key looked and sounded like someone on the verge of unleashing physical violence.

“Get some guts! Join the right side!”, the Prime Minister screamed at the Opposition benches – as if it was an argument.

What happened then was, if anything, even more unnerving that John Key’s out-of-control demagoguery. As he dropped, exhausted, into his seat, the Prime Minister’s colleagues leapt to their feet, roaring and clapping.

Watching them on television, it was difficult not to mentally superimpose upon the screen the 1930s black-and-white footage of thousands of ecstatic Germans hoisted to their feet by the frenzied ravings of the Nazi leader, Adolf Hitler. If those National Party MPs had stretched out their right arms and begun chanting “Sieg Heil! Sieg Heil!”, it could not have been any more outlandish than the Prime Minister’s own conduct.

It is to be hoped that, having had 24 hours to reflect upon their conduct during yesterday’s debate on the Cabinet’s decision to deploy close to 150 troops to Iraq, Mr Key’s parliamentary colleagues are feeling appropriately shamefaced. Because, in the course of delivering his response to the other party leaders’ near-unanimous opposition to the Government’s announced troop deployment, Mr Key crossed a vital constitutional line.

Parliament’s rules, its “Standing Orders” insist that all members are “Honourable Members” – and must be treated as such. Without this rule, the conduct of the legislature’s business would rapidly descend into rancorous disorder. Rational debate would become impossible – raising the spectre of MPs coming to blows on the Floor of the House. It has happened many times in other jurisdictions, it would be tragic if it happened here.

Parliamentary democracy is a brittle thing and very easily broken. All it takes is for those who have agreed to abide by its rules to suddenly renege on their agreement. The vulnerability and fragility of democratic institutions is captured brilliantly by William Golding in his famous novel, Lord of the Flies.

In the story, a group of English school-boys, stranded on a desert island, create a democratic assembly in which all important decisions are debated. Anyone wishing to speak at these gatherings asks for and is given a beautiful conch shell which, while held, guarantees the holder a fair hearing. The boys’ final descent into barbarity occurs when Jack, driven by his lust for power and control, kills the cleverest boy on the island, Piggy, as, conch in hand, he attempts to persuade the boys to keep working together. The murder weapon is a giant boulder which Jack dislodges from above. Piggy is crushed, and the conch shatters into a thousand pieces on the rocks below.

Yesterday, in the House of Representatives, John Key became Jack. His intemperate outburst, bristling with insults and barely concealed threats against everyone who dared to speak out against his government’s decision to commit New Zealand to another war in the Middle East, was as unprecedented as it was chilling. If not shattered, the delicate conch shell of parliamentary democracy was very roughly handled.

Tellingly, instead of reacting to their leader’s extraordinary display with the same stunned expression of horrified disbelief as the Opposition, the faces of the Government members registered only the most delirious approbation.

In Lord of the Flies, Jack’s followers whisper darkly that their leader is “sharpening his stick at both ends”. It is a metaphor well suited to this Government’s announced intention to not only deploy troops to the Middle East, but to pass legislation further strengthening the powers of the security and intelligence services. The same Parliament which the Executive refused to entrust with a vote on the Iraq Deployment, will soon be asked to invest that same Executive with even more powers to keep the New Zealand people under surveillance.

After catching a glimpse of the Jack that lurks beneath the mask of genial John, the House of Representatives would be most unwise to oblige the Prime Minister in this regard. Or, at least, not before he gives proof that he accepts and understands that the Labour, Green and NZ First parties (and, in the case of the Iraq Deployment, the Maori and United Future parties as well) constitute Her Majesty’s Loyal Opposition.

That these parties have rejected the Government’s decision to re-join the Middle East conflict is both their right and their duty. In saying “No.” they are representing the very substantial number of New Zealanders who do not want their soldiers in Iraq. These people are not gutless. Nor are they on the wrong side of the argument merely because the Prime Minister believes himself and his government to be on the right side.

The aggression and intolerance which the Prime Minister displayed in the House yesterday afternoon should fill all New Zealanders with a deep sense of foreboding. If the Iraq Deployment gives rise to deadly reprisals by Islamic State, it is by no means clear that this government’s response will be either rational or restrained. Those who hold the conch of free speech in their hands will need to keep their eyes open and their backs against the wall.