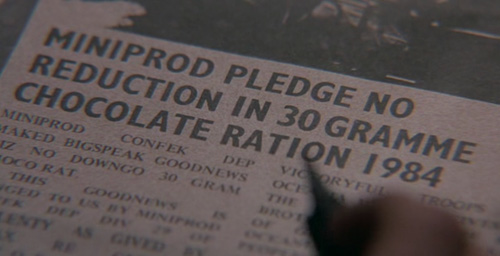 From a previous blogpost published on 4 July 2013, in The Daily Blog…

Interestingly, it also contained 200g net dry cocoa powder. However,   whilst the contents remained the same as Can A – the dimensions of the can inexplicably increased; 130mm (H) x 75mm (D). Same diameter as Can A – but 20mm taller. Contents remain the same net weight.

So the up-shot? The can-sizes have gotten bigger – whilst the contents has reduced by 5%.

On 9 June, I emailed Nestle to find out what was going on,

It has recently come to my attention that two cans of Nestle Baking Cocoa measure 110mm X 75mm, whilst the other measures 130mm x 75mm.

It appears that you have increased the SIZE of the can, whilst the contents remain the same.

Is there a reason why the size of the cans  was increased, by 20mm in height?

And can you confirm that the price stayed the same; increased; or reduced; when the change was made from a 110mm height to 130mm height?

(The email was sent prior to purchasing Can C.)

Unfortunately, I never retained the receipts for Cans A and B, otherwise I could compare prices. But what’s the bet that the retail price probably increased?

And thus it came to pass…

“As short a time ago as February, the Ministry of Plenty had issued a promise (a “categorical pledge” were the official words) that there would be no reduction of the chocolate ration during 1984. Actually, as Winston was aware, the chocolate ration was to be reduced from thirty grams to twenty at the end of the present week. All that was needed was to substitute for the original promise a warning that it would probably be necessary to reduce the ration at some time in April.” – George Orwell,  ‘1984’

A recent story in the media caught my attention;

Amanda Banfield, managing director of Australasia for Mondelez International, the parent company that owns Cadbury, said she expected a backlash.

She pointed to rising packaging costs and a lift in the price of raw materials.

The main ingredients are cocoa, sugar and milk.

So let’s have a look at the prices of raw ingredients.

Over the last year, the price of sugar increased, peaking in July last year, before falling back;

But taken over a five year period, look at how the price of sugar has dropped dramatically;

So the rationale for Cadbury’s decision to de facto increase their prices cannot be blamed on sugar, which is cheaper now than it was, five years ago.

Let’s have a look at cocoa (beans) – and a similar story unfolds;

It would be interesting to note if when the price of cocoa beans collapsed to NZ$2,601.96 per metric ton, in March 2013, did the price of a Cadbury’s bar of chocolate increase in size? Or fall in price?

As for the price of packaging, this would be based on a local commodity (paper and ink) and if  New Zealand’s low inflation is anything to go by (an average of 2.7% pa since 2000), would not be much of a factor in pricing. With the exception of four Quarters around late 2010 to mid-2011, inflation has remained at or below 2%, a fallout from the 2008 Global Financial Crisis and ongoing recessionary/low-growth influences;

So with commodity prices for sugar and cocoa beans lower now than five years ago, and with low inflation, what other cause  could there be for the de facto price price of Cadbury’s chocolate bars?

However, the New Zealand branch of Cadbury’s did not return a profit to it’s parent company (Mondelez International) until three years later, when it paid a dividend of NZ$40 million to its parent company, Mondelez.

So despite falling costs, and increased profits, Cadbury NZ was struggling to make dividend payments to it’s parent company, and meanwhile Kraft was committed to servicing a £7 billion (US$11.5 billion) loan which had financed the acquisition in 2010.

The reduction in Cadbury’s chocolate bars can therefore be attributed to Kraft’s indebtedness rather than the official company line of increased costs. Unless Cadbury is lying in it’s financial statements, their costs have actually fallen, not increased.

As with many corporate takeovers, the benefits do not necessarily accrue to the public. The number one beneficiary is almost always shareholders, and consumers come a poor second (or third, or fourth…).

In this case, reducing the size of Cadbury chocolate bars by 20% is equivalent to a price increase, and Kraft’s shareholders will reap the rewards of increased profits.

Not exactly a sweet deal for New Zealand consumers.

On 15 February, I contacted Statistics NZ, to enquire how SNZ views reduction in product sizes, whilst retail prices remain the same, in it’s calculation of the Consumer Price Index (CPI).

The CPI measures price change in a “fixed” basket of goods and services, which means that we aim to measure price change based on quality being constant. In an instance where the quality (in your example, the weight/size) of an item changes, we show a price adjustment to account for the fact that the quality of the item has changed.

So according to Mr Lum, Cadbury’s “switcheroo” with product sizes, will not materially distort CPI price measures.