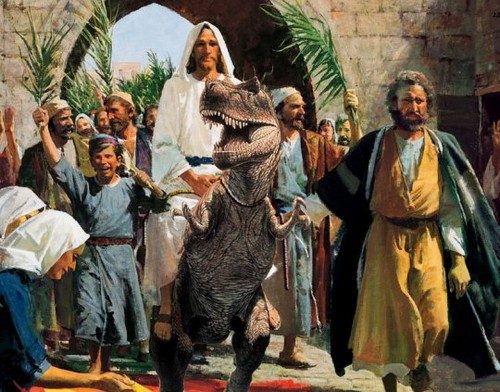 The issue of Bible lessons in schools was revived again on the weekend, with the case of Jeff McClintock in the Hibiscus Coast, who is seemingly powerless to choose whether or not his child attends Bible in Schools sessions at their primary school. His daughter has repeatedly been forced to attend Bible in Schools classes despite consent being withdrawn by her parents – which goes against the Education Act 1964, recommendations from the Education & Science Select Committee and the Ministry of Education’s policy on these programmes. And all he wants is for this behaviour from Red Beach to stop before his son has to go through the same ridiculous rigmarole and stigma.

From the Select Committee report:

5. For those Boards that wish to offer religious instruction or observances, however, limited discretion is available to do so during periods where classes or the school as a whole are considered closed. The periods where the school is used for religious instruction or observances cannot exceed either 60 minutes in any week or 20 hours in any school year and any instruction can only be led only by volunteer instructors. Any student participation in these activities is voluntary, and students may be given an exemption from participation if a parent requests this in writing.

So, by law, your child is not actually at school during Bible in Schools. It is therefore an extracurricular activity, and it is entirely up to you and your child whether they attend or not.

Something else worth thinking about as a school community of parents – are you actually ok with your child’s school effectively closing down during official school hours for the purpose of religious instruction?

And also, are you ok with your children being alone in the classroom with an unqualified teacher who can teach religion without any monitoring by staff? Because it’s illegal for teachers to be in the room during Bible in Schools, due to our secular state system. Obviously the vast majority of Christians are harmless, as are most Muslims and people of all faiths, but there is the risk of well-meaning but fundamentalist instructors without supervision being unintentionally harmful. Take the situation raised this weekend – the attitude of the organisation providing Bible in Schools to Red Beach School is more than a bit eyebrow-raising – ‘parents did not need to be notified because the classes were “history lessons” as the Bible was factually correct.’ I could rant on for 1000 words about that alone, but long story short – EEEEEK.

Anecdotal examples of issues that have arisen around Bible in Schools for parents NZ wide include:

So we have risks to children’s emotional health, a lack of monitoring expected in every other area of the education system and a legal quagmire around religious instruction in NZ state schools.

I can completely understand Jeff’s frustration. He is taking the school’s board of trustees to court, and good on him, because what Red Beach School is doing is illegal.

So it really has me scratching my head that the Board of Trustees of this school, as well as teachers & principals (obviously involved, someone keeps putting her back in the class!) seem to think they can flout legislation and guidelines from the government – let alone claim this court case is a “frustration” and a “distraction from core business”. The solution is simple. Don’t force children who have/whose parents have decided not to participate in religious instruction to attend. Seriously – what on earth is so hard about that?! This school, and others around NZ, are breaching not only the Education Act but the Human  Rights Act by forcing children to attend Bible in Schools.

If you are having trouble with your child’s school around religious instruction, I hope the links peppered through this blog give you the understanding and information you need to advocate for your child if you or your child chooses to opt out.

Fortunately at the school my son attended, the staff took opting-out seriously. Kids whose parents did not want them to attend, and/or kids who decided for themselves they did not want to attend (do not underestimate the logic of a child – my son went for one term (I kept my feelings about the program to myself), then declared without any pushing from me that he didn’t want to learn about Santa, the Easter Bunny, the Tooth Fairy, or God – because none of them were real) were relegated to the school library to spend an hour reading books. This seems to be the norm – excluded kids get sent off to the library for a while.

Obviously, as a tutor, writer, journalism grad and ex-librarian, I put great emphasis on the importance of reading. A half hour of reading is beneficial for every child. But is it the right atmosphere to encourage reading? At a time where I imagine most excluded children wish they could be with their classmates working together on something? I worry that the use of the library as an exclusion zone may produce resentment towards reading books. Result? Stuff reading, it’s boring and dumb and I want chocolate.
The Ministry of Education recommends a mix of activities for children not attending religious instruction, and no doubt some schools do, but with the ever-growing amount of bureaucratic paperwork teachers are loaded with, many spend that precious time out of class working on paperwork rather than supplying a range of enriching activities.

Then there is the issue of our ethnic melting-pot of a country. Is it fair that children from all corners of our wonderful world only study Christianity?
And here is where the crux of the entire issue lies for me. Does a secular school mean an atheist school? No. It’s a shame that the two are understood to be the same, because what the concept of a secular state school actually is, is that it’s a place that is safe for children of all cultural and religious backgrounds. It is not actually about removing religion, morality and belief, but about acknowledging all faiths. Atheist writer Michael Nugent writes about this very well in his blog here. I couldn’t agree more. The Human Rights Commission link above also gives some guidelines around how to encourage understanding of all beliefs and cultures in primary schools, rather than focusing solely on Christianity.

There is, in my mind, definitely a place for schools to teach children about beliefs, morals and the history of religion. Our education curriculum expects schools to teach values. This part of our state curriculum includes tackling issues by teaching and modelling acceptance of all people and faiths, such as:

Instead of Bible in Schools, I would like to see every school in NZ put huge emphasis on the values component of the NZ school curriculum. As a mum looking for a primary school for my son 8 years ago in still-growing-in-diversity Invercargill, my checklist included finding a school where my son would grow up with values like accepting and understanding differences in ethnicity and disability. Where discrimination and bullying was challenged. Where everyone was taught that we are one big community made up of lots of different people and to respect each other’s beliefs and abilities.

Luckily, I found just the school. His classmates during primary school came from Muslim, Hindu, atheist, Christian (and no doubt other religions) families from many ethnicities. In big cities, the mix of beliefs is even more obvious and diverse. Yet only Christianity has 20 hours a year of access to the full attention of our children in state schools.

Alongside this culture of acceptance and understanding for all, what would be the cherry on the cake for me as a mother is (alongside the dumping of National Standards) a turn away from the relentless focus on numeracy & literacy alone in our primary schools, and more resources put into social & integrated studies – including a social studies program for primary school students where they learn about the different belief systems around the world as part of their journey to social & cultural understanding.

From that point on, I truly feel that it is up to parents to engage with their child during this program and talk one on one about their family’s belief system. That way, no matter what any of us believe in, every parent can ensure that their child receives exactly the desired information about their belief system. And our kids will get an hour’s more education in the subjects we all send them to school for.
Win-win.