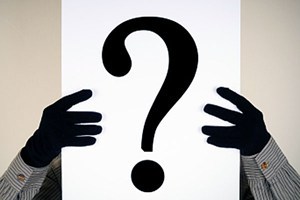 I’d kept the speed up hoping that it would discourage him from rolling a joint as we streaked across the plains towards the growing dawn. Sadly, his discovery of the cup holder in the back of the old Mercedes meant he’d found a place to rest his beer; his two dinner plate-sized hands were now free to perform the delicate task of rolling. A corner came up and I arced across it, not slowing. He jammed a knee hard into my back and told me to slow down.

He was considerably more than three hundred pounds. People picked on him for being big. He’d proven this when we were 18 when a judge gave him a bigger fine than me and another friend who’d been doing the same thing at the same time. It’s because he can look down on the judge, even from the dock, he said.

But he had his appetites and would brook no comments about the time of the morning, with the sun not even up, let alone over the yardarm. He was still on Alaska time and would remain so until he compensated for dehydration, jet lag and stress. He’d had a very stressful time, he said, pleading for the lighter. I pointed to radar detector plugged into the ciggy socket, an upturned hand indicating that no light could be had. He snorted about my having left all that behind. The front seat passenger, a lawyer, rocked gently, blissfully unaware or perhaps pretending to be so while, terrified, he clung desperately to his strongly held faith.

We came to the narrow gorge that led to the coastal town where we were to catch the tide for a morning fish. There was no time to lose, but the appearance of slow truck followed by a small car did not bode well for quick passage.

When the passing lane came up, the monster chrome grill in the small car’s mirror didn’t dissuade the driver from pulling out and passing the truck. An indecently slow move back into the slow lane meant there was no choice but for me to pull out over the no passing line to complete the manoeuvre and have clear road ahead. The old man in the car tried to speed up, but with a flip of the bird high for him to see and a squeeze of the accelerator the old V8 turned him first into a spec in the mirror and then nothing. The clink of a bottle, the smell of cannabis and awful coughing indicated my friend in the back had found the lighter and abandoned his beer. We went over a bump at speed, bottoming the suspension and dragging the muffler with a shower of sparks. He stabbed me with his knee and again demanded that I slow down.

I lifted off the gas, slightly, as the small coastal town of Waihi came into sight. Suddenly, there he was again: the old digger in the small car right on my back bumper. “Hope he hasn’t got a cellphone,” the backseat passenger said. Red and blue flashing lights erupted from behind its grill, the giggling in the rear stopped and we realised that we’d stumbled over a member of the God Squad, an undercover police unit dedicated to monitoring truckie’s compliance.

Throwing the joint out the window might have seemed a bit obvious as was putting it in the ashtray. He cursed with pain, assured he me it was “gone” and continued swearing, his panic increasing to the point where he was too flustered to think of a fake name to give them if asked. “What’s a name? What’s a name? WHAT’S A NAME?! He screamed from the back, shaking my seat with both hands to impress the urgency of his request. I gave him a name and he sat back in the seat, muttering it to himself. I dabbed the brakes and heard the clink of the beer bottles that forever accumulated around him. I heard one, reassuringly, clink underneath my seat.

We pulled over underneath the 70kmh sign before town. He stopped behind us, observing me closely as I got out of the car, resplendent in camouflage polarfleece, sunglasses and a beanie. My friend in the back seat, having hidden the bottles, unfolded himself and got out of the car and stood up. His immense form blotted out the sliver of sun that had just breached the horizon. His shadow fell across the cop, who remained in his car and reached, nervously, for the microphone.

Before he could speak, I was at his door thrusting my licence at him. He looked at it, looked at the microphone then got out of the car. I removed my sunglasses allowing him to look long and hard into my eyes, searching perhaps for latent criminality, evidence of intoxication or simple madness. My crystal clear eyes met his and he looked down at the licence. He went through the questions and when I replied that I was occupied as a barrister, his head went back and he laughed.

I could see all the amalgam in his back teeth as the old cop howled. I was tempted to laugh too, but it was clear I wasn’t in on the joke. He asked me what the speed limit was on this side of the sign. I told him. He asked me what it meant. He asked me what the speed limit was on the other side of the sign and asked what it meant. Down road, he indicated the 50kmh sign and asked me what that meant too. I gave the answer and he resumed his laughter. My front seat passenger was now out of the car. They exchanged a look. The cop’s laughter subsided. He dried tears from his eyes and got serious. He looked at my back seat passenger, his eyes focussing on the smear of ash beside his mouth. Knowing him, as I do, I could see he was using his immense height and lips to direct his beery breath over our heads.

The cop told me he could give me a ticket for doing 120kmh and started laughing again. I resisted the temptation to fling myself in the dirt at his feet and just looked down, drawing lazy circles in the dust with my toe, all the while blushing deeply. He knew I didn’t need to be reminded of the road statistics, but did it anyway before telling me to leave and to drive safely. And, breaking down laughing again, told me to have a nice day.
As we drove on, below the speed limit, my front seat passenger told me that this cop was also the prosecuting sergeant for Waihi. I mentioned the name and he confirmed it. We’d been in quite lengthy correspondence over a wicked client and had spoken, unproductively over the phone, but we had never met. He, of course, knew exactly who I was. The sight of the amalgam filled molars suddenly made sense. Delighted is a word that wouldn’t begin to describe his mood. That he could have let me off without a ticket revealed him to be not only a man of great humour, but generosity too.

He was also a crafty cop in a variety of ways. On this day, the roads in Waihi became knowns as “Gavin’s Roads” by the three of us. We would never speed in Waihi, because Gavin had given me a break. The humiliation of the experience, acute that it was, would not compare with being caught speeding again in this town. Twenty years later, they’re still Gavin’s roads and the speed limit is enforced, even if we’re only passengers in someone else’s car.

At the time we reflected on what a powerful motivator shame is. Fines, demerit points, disqualifications, complaints from passengers and nasty motorbike accidents hadn’t been enough to discourage me from speeding, but shame – or the prospect of more of it – was the most powerful antidote.
And while there are few parallels to be drawn between the consequences of speeding and those of crimes against women and children, the reality is that abusers often avoid shame. Until recently Police used to provide drink driving conviction information to the local paper which ran it verbatim. There was a wall of shame in the local paper for those who’d drink and drive. There’s nothing like that for the violent dudes who can wander the streets pretending there’s nothing wrong.

Instead we have a model where the shame of complainants is institutionalised with orders protecting their names. It’s hoped that this “protection” will make complainants more inclined to come forward. While this may be true, the fundamentally flawed model puts the blame on the victim and protects the identity of the perpetrators. It leaves them a great area of shadow to hide in. From within these shadows predators stalk their prey.

The importance of name suppression to those convicted of sex offenses was brought home to me in 1981 when I was a court reporter on the Taihape Times. I’d already been castigated for failing to give enough detail about the case where a police sergeant’s fence had been knocked over by a drunk driver who’d gone on to plough through his vegetable patch. Defending my economy of words in the information packed copy, I’d been told to include the number of rows, the kind of vegetable and the amount of damage.
With this level of detail required, I paid full attention to a paedophile being sentenced. His hand-wringing lawyer pleaded for name suppression. Not only would it ruin him in this small town, but it’d kill his dear old mother. It was an out of town judge who cared neither for him, nor his mother. Oh no, he said, part of the penalty with any crime is the publicity that is associated with it.

He paused and looked benignly at me as I scribbled his every word in shorthand. He nodded at me, complicity, the only reporter on the press bench. While I appreciate someone has to administer lawful sentences, I didn’t like being the author of what would be his greatest punishment. Aye, it’s a reporter’s lot.

We drove in companionable silence for 30 seconds before the complaint came from the back seat. The joint was gone and he’d burnt himself. I’d told him not to smoke that stuff. He reminded me that he’d told me to slow down.