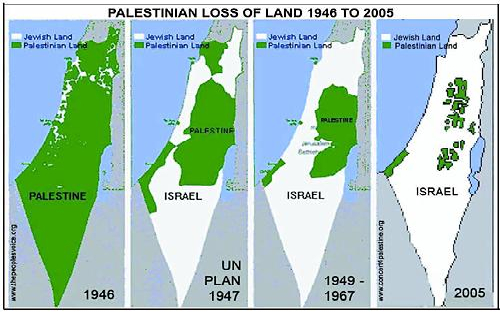 In Jerusalem on 4 September 1997, a 13-year-old Israeli girl, Smadar Elhanan, was killed in a suicide attack. Smadar’s death drove her uncle, Miko Peled, to seek answers to questions that had been building in his mind – questions regarding the history and origins of the Israeli/Palestinian relationship and the seemingly inevitable hostility and violence that characterised it. Miko (who served as a paratrooper in the Israeli Army) is the son of a Zionist General, and his grandfather signed Israel’s unilateral “Declaration of Independence”. In his book The General’s Son Miko Peled describes how he discovered for himself the steadfast humanity of a people living for decades in the West Bank under brutal and discriminatory military rule. He came to realise the irrationality of the Zionist ideology that drives Israel’s behaviour. Palestinian homes are subjected to invasion night and day; many homes are simply demolished and there is constant settler violence and racist abuse. Add to that, the heartbreaking settler destruction of Palestinian olive trees, aided abetted by the Israeli Army, and there is certainly cause for bitterness and despair. What stands out is the amazing extent of Palestinian forbearance living under what would be for us intolerable conditions.

While the mainstream news media report little of Israel’s daily human rights violations in the West Bank, East Jerusalem and the Gaza Strip, two weeks ago Facebook joined the campaign of silence by cancelling Miko Peled’s Facebook account. The social media network is even claiming that the well-known author and campaigner’s ID cannot be verified! One organisation, avaaz, is petitioning Facebook to immediately reinstate Peled’s original Facebook profile.

The Palestine Human Rights Campaign Aotearoa/New Zealand (PHRC) publishes online daily news of Israeli violence in Occupied Palestine. But these events take place against a background of grinding, relentless suffering under belligerent military occupation that is even less likely to attract world headlines. Over the next few weeks or so we intend to publish here the different aspects of the discriminatory, ideologically-driven violations of international humanitarian law that the Palestinian people are forced to live under.

Life under Israeli military occupation (1)
Every area of Israeli-Occupied Palestinian territory experiences arbitrary restrictions of movement imposed by the Israeli Army. The lack of freedom of movement is the frustrating and humiliating background to daily life for the Palestinian people, whose suffering includes a variety of human rights abuses, from night home invasions to wanton acts of agricultural and economic sabotage. The Israeli Occupation Army enforces a permit system for the benefit of settlers that determines where Palestinians may live in their own land.

Water
A major aquifer under the West Bank is controlled by Israel and from it the occupying power illegally plunders two-thirds of the precious water. Across the Occupied West Bank, Israel’s illegal settlements have completely free access to water. Settler homes enjoy full swimming pools and well-watered gardens, while Palestinian access to their own water is severely restricted. Israel compounds this crime in two ways: The Zionist state forces Palestinians to pay the Israeli government public water supply company Mekorot[1] for what little water they are allowed and, at the same time, Israel forbids Palestinians to sink wells or even build water storage facilities. Palestinians living under Israeli occupation are restricted to about 70 litres a day per person – well below the 100 litres per capita daily recommended by the World Health Organisation (WHO) – whereas Israeli daily per capita consumption, at about 300 litres, is about four times as much. In some rural communities Palestinians survive on far less than even the average 70 litres, in some cases barely 20 litres per day, the minimum amount recommended by the World Health Organisation (WHO) for emergency situations response.

In addition, reports by both the World Bank[2] and the United Nations Environment Programme show that the water crisis in Gaza[3] is likely to be critical and irreversible by 2020. The reports show that Gaza is almost completely dependent on a coastal aquifer that has now become filled with undrinkable sea water. Both international bodies express concern that Israeli military occupation in the West Bank and the Gaza Strip means severe limitations on people’s access to essential water supplies.

One example of the water discrimination faced by Palestinians is the plight of Furush Beit Dajan villagers in the Jordan Valley. A visit by a delegation[4] that included two British MPs in January 2015, co-ordinated by EWASH member Palestinian Agricultural Relief Committee (PARC), heard how the Israeli occupation was choking the community’s access to water. Israeli settlements surrounding the village faced no restrictions on access to water resources, while Palestinians are only allowed to extract water from wells down to a depth of 80m. Palestinian farmers are unable to obtain the quantity or quality of water necessary to effectively irrigate their crops. Following the Occupation of the West Bank in 1967 the Israeli Army seized all the agricultural land in the area and Palestinian farmers are forced into renting their own land back from the Israelis.
[To be continued]
~~~~~~~~~~~~~~~~~~~~~~~~~~