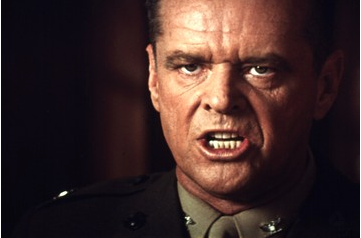 IT WAS JUNE, 2008, at the University of Otago’s Foreign Policy School, that I discovered exactly how much the New Zealand political class despises democracy. The man who spelled it out was Lance Beath, one of that peculiar breed of military academics who flit between university departments, policy institutes, and those shadowy consultancies whose definitive client lists remain conveniently undisclosed.

Having delivered what I hoped was a robust defence of the people’s right to determine the foreign policy of their own country, I was keen to hear Beath’s rebuttal. It came in the form of a cautionary tale drawn from Ancient Greek history.

The story he told was of that of the Athenian politician-general, Themistocles, who was determined to protect his city from the Persian Empire. Since Athens was too small to defeat the might of the Persians on land, Themistocles knew that his city’s only hope of remaining free was to defeat them at sea. Athens needed to build a mighty navy.

Except that Athens, being a democracy, was most unlikely to voluntarily assume the financial burden which the construction of an effective battle-fleet would necessarily entail.

It was here that Beath really began to warm to his task.

How did Themistocles persuade his fellow citizens to vote the Athenian Republic the taxes necessary to build a navy big enough to defeat the Persians? The answer, Beath told his audience of MFAT bureaucrats, foreign diplomats, assorted academics and ambitious students, was simple – he tricked them!

Athens had for some time been embroiled in a struggle with Aegina (a rival Greek sea-power) and Themistocles argued that only by constructing a powerful battle-fleet of 200 triremes could Athens finally put the Aeginetans in their place.

Without Themistocle’s trickery, argued Beath, the Athenians would not have been able to defeat the naval armada of the Persian Emperor, Darius, at the Battle of Salamis. Athens (and the rest of Greece) was saved, Beath snidely concluded, not by its much vaunted democracy, but by the shrewd manipulations of its political leader.

The message could not have been clearer. The people are too selfish and too stupid to recognise the true interests of the nation. It is, therefore, the duty of those wise and experienced servants of the state (among whom it is important to include the commanders of the armed forces) who find themselves labouring under the manifold disadvantages of the democratic form of government, to master the art of leading the masses, by trickery and deception, to those crucial decisions which they lack the wit to arrive at unaided.

Beath thus established, at the very beginning of the Foreign Policy School’s inquiry into what role the people should play in the setting of foreign policy, that only one answer would do: they must play the role of dupes.

Wiser heads must tell the people who to hate and who they should befriend. And if this requires the telling of lies – then so be it. They would be necessary falsehoods. What the Greek philosopher, Plato, called “Noble Lies”. The sort of political trickery resorted to by wise and benevolent rulers, not in their own interests (heaven forbid!) but in the interests of a population too ignorant to be entrusted with a more accurate account of events.

Beath’s message was indistinguishable from the one elucidated so dramatically in the movie A Few Good Men.

Back in 2008, it was clear that Beath and his ilk still regarded New Zealand’s anti-nuclear policy as a disaster: a cautionary tale of what happens when the democratic masses over-rule the wiser counsels of their betters, and begin to meddle directly in the formation of foreign policy. The latest “Noble Lie” is that, for the people’s own safety, the Government must participate in the war against Islamic State. No doubt today’s ‘wise heads’ see Prime Minister Key as New Zealand’s very own Themistocles. A political leader manipulating and tricking us – for our own good.