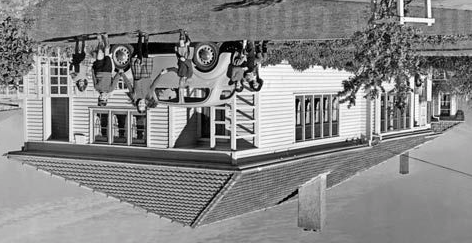 Prime Minister John Key has ruled out sending special forces soldiers to Iraq as the United States mulls options in response to the unfolding crisis there.

Speaking in New York, Key said the New Zealand Government was looking at what humanitarian aid it might provide as tens of thousands of Iraqis have been displaced by a violent takeover of parts of the country.

He said it was high unlikely New Zealand would put “boots on the ground” in Iraq in terms of combat troops.

“We’re not a country out there looking for a fight.” – Source

Mr Key, who is in the United States on a four-day tour, told media that New Zealand wouldn’t send SAS troops to Iraq in a training role, or troops in a non-combat role, as Sunni militants approach Iraq.

“I don’t see New Zealand overly getting tied up in that. That wouldn’t be something we’d want to do,” he said at a visit to the September 11 memorial site in New York.

[…]
“We said we would only respond to a UN Security Council mandate for any humanitarian assistance,” he said on Firstline this morning.

“We are a loyal and active member of the international and the UN. If there’s a UN operation and it’s non-combat down the track, then that is something we could consider.” – Source

New Zealand’s elite Special Air Service (SAS) personnel are not yet on standby for deployment to combat Islamic State militants in Iraq or Syria, Prime Minister John Key says, but he won’t rule out sending them if asked “as a last resort”.

Asked whether he would send military personnel if requested, Mr Key said: “I can’t rule out that there won’t be because what you can see around the world is countries being asked to give support.”

As far as sending SAS personnel, Mr Key said: “I can’t rule that absolutely out, but what I can say is that I’ll get advice and we’ll see how that goes, but it would be my least preferred option.” – Source

Kiwi military personnel are on their way to Iraq as New Zealand swings in behind the fight against the Islamic State group.

The Government will make a decision in the next month or so about whether to send training forces to Iraq, Prime Minister John Key says.

“We are going through that process of doing the [reconnaissance] to see whether it’s logical for New Zealand to take the next step, whether we should do that with Australia, whether we can find a location that fits the criteria that I set in my national security speech late last year.

“My guess is that by the middle of February or late February we’ll be in a better position to assess whether we are actually going to put people into Iraq to train Iraqi forces.” – Source

Prime Minister John Key is ruling out any further sales of state assets, once Genesis Energy is partially sold.

However, he said there are no more state-owned companies that would make sense to partially sell, with New Zealand Post facing declining business and Transpower operating as a monopoly.

Prime Minister John Key today confirmed the Government planned to sell 1000 to 2000 state houses in the next year to community-housing providers, with with more sales possible in coming years. – Source

On 9 February, on Radio NZ, Labour’s Phil Twyford outlined how state houses passed into ownership of community organisations could inevitably fall into the ownership of banks, and then on-sold.
Key claimed on Radio NZ’s Morning Report;

Considering that Key has a solid reputation for saying one thing, and then months later back-tracking, there is no reason to believe him or take him at his word. His recent one-eighty degree u-turns on New Zealand involvement in Iraq and selling state assets (housing stock) has sent Key’s credibility plummeting.

The thing that people look to for Key now is not rock-solid committments – but what excuses/technique he will use to break his promises.

(a) Not to send combat troops to Iraq,

(b) not to sell any further state assets after Genesis.

It seems that we can now expect;

(a) New Zealand combat troops in Iraq, under the cover of “training” Iraqi soldiers,

(b) State houses being sold to various groups, which will eventually end up in private ownership.

The man simply cannot be trusted.

If his public popularity was not so unfeasibly high, there would be unrelenting, growing  pressure calling for  his resignation.

John Key has obviously learned the trick how a politician can break promises; tell lies; and yet maintain the public’s confidence and his own popularity. He is either an expert manipulator – or the public have become increasingly dumber/dumbed-down in the last decade.

Considering the state of public television, one could be tempted to opt for the latter.

Interestingly, not one journo seems to have asked Key three simple questions regarding NZ troops in Iraq or the sale of state housing to community organisations and others;

(a) “Will NZ troops  in Iraq – supposedly on ‘training missions’ – be given indemnity from prosecution by the Iraqi government? If so – why?

(b) “How will the transfer of ownership of a house from the State, to another entity, increase the number of houses in the country? And by how many?”

(c) How many people on the Housing NZ waiting-list  will actually be moved into community housing?

The first journo to ask Key those questions will open a can of worms that, for the first time, may attract public attention and scrutiny to Key’s mendacities and National’s barely concealed activities.

The public may not like what they see when they begin to pay attention to the government they elected.

Especially when the Housing NZ waiting list continues to rise.

And the first body bags return to New Zealand.

Radio NZ: PM surprised by turn of events in Australia

Letter to the editor – Key paints a dirty, great, big bullseye on our country!

The Mendacities of Mr Key #7: What is Dear Leader actually saying here?