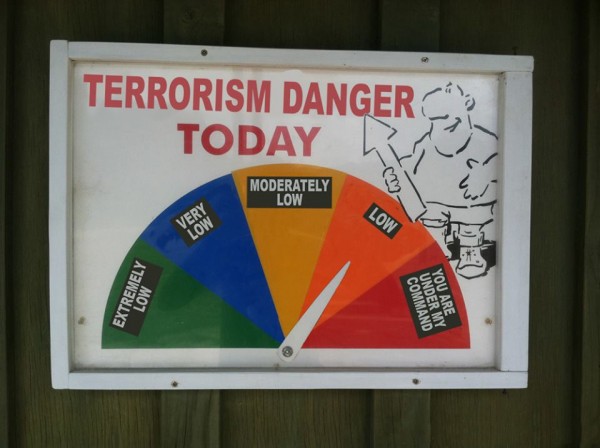 The drum beat to re-invade Iraq dressed up as a fight against Terrorism is beating pretty loud now with revelations that the British have asked us to send 100 troops.

The anti-Muslim fear mongering Key has used to con the sleepy hobbits into agreeing with reinvading Iraq should go down in history as a bleak day for NZ, the reality is that this is the cost of the 5 eyes ‘club’ that Key wants to keep us in.

I think NZers with a social conscience must contemplate silent protests at ANZAC Day this year. How can we piously gather to remember the dead when the lessons of their deaths have been totally ignored by the Government?

Remember, before the election we weren’t going into this war, now after the election we have to fight Islamic terrorism because the wrongful invasion of Iraq by America the last time around has created a massive power vacuum which the Saudi’s have filled with dangerously crazy fundamentalists.

This club has all the ethics of a pack rape.