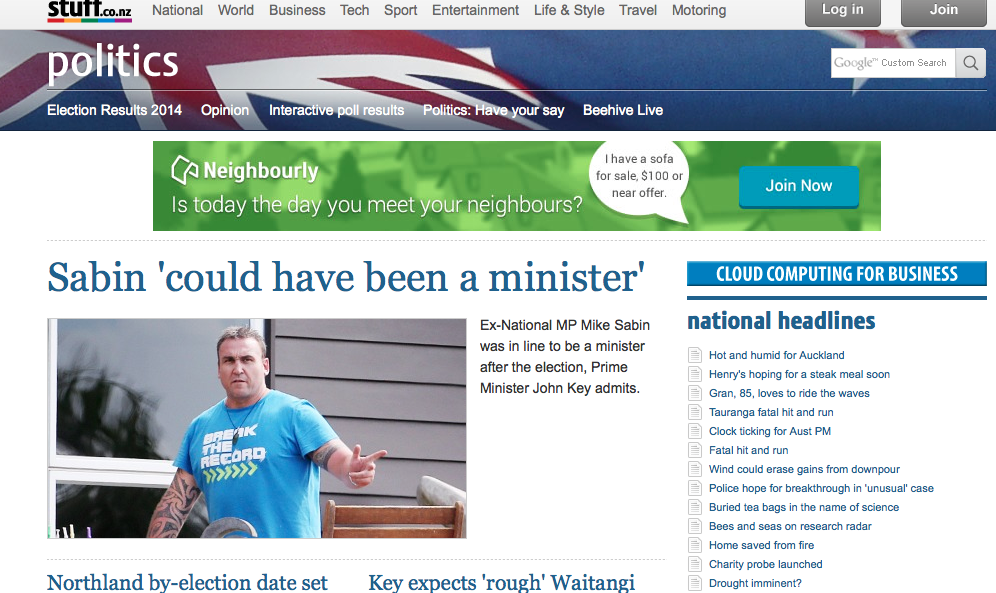 So yesterday, the NBR broke a story claiming they knew Key had lied about when he was told about Mike Sabin. Key claims early December, the NBR claims Key was told in APRIL of last year, not December…

NBR understands the PM was first made aware of the assault complaint in April last year, months before the September 20 ballot – and that the National Party knew before the 2011 election.

…so here is the largest openly right wing cheerleader of a Newspaper contradicting Key, so where are all the other news outlets on this astounding turn of events? 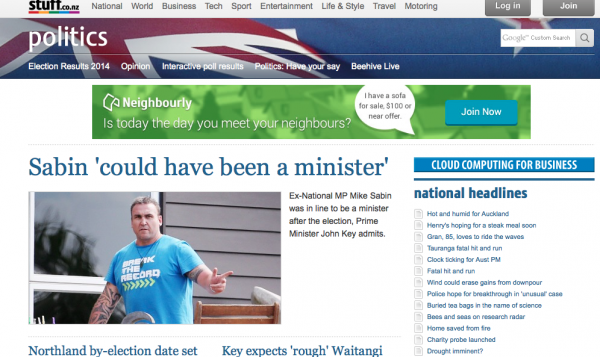 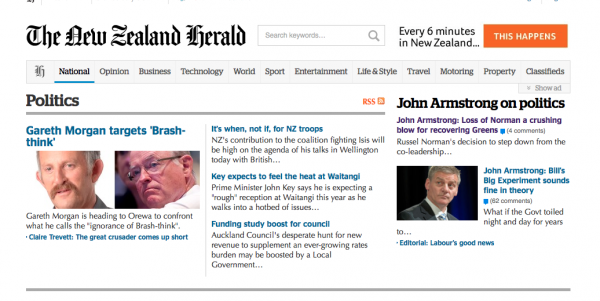 …what you say, how can this be? The NBR have caught and called Key out lying, yet NOT ONE MENTION of this in Fairfax or APN? Welcome to the tiny and spiteful news media culture of NZ. With independent news squeezed out between two Goliath’s the market have ended up creating, this duopoly of news refuses point blank to mention a competitor in the news market if the scoop isn’t generated by their side. What this culture leads to in NZ is that if any small news organisation gets a scoop, the big two completely ignore it, that’s why NBRs scoop hasn’t been run by any of the two largest media duopolies.

Welcome to the free market of news in NZ where profit trumps obligations to hold the powerful to account. Most TV news last night focused on a  couple having sex in Christchurch than the fact the Prime Minister has been caught out lying about when he knew an MP was in trouble and went to the Polls without telling the country.