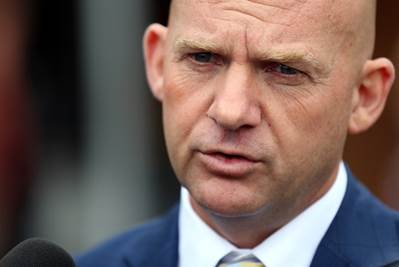 IN YESTERDAY’S HERALD (20/1/15) the former leader of the Act Party, Jamie Whyte, offered the behaviour of his 11-year-old daughter as a useful guide to the thinking of the Jihadis responsible for the Charlie Hebdo massacre.

Wow! That’s not a context into which I would want to plunge my daughter, but then, I’m not a Cambridge-educated philosopher.

Jamie’s daughter’s deadly act of extremism, as elaborated by her father, was (by Jihadi standards) pretty mild. “She took the cigarettes of one of our dinner guests and threw them into our back hedge.”

Gosh! That’s pretty bloody hard to equate with the bloodbath at the offices of Charlie Hebdo, but, okay, let’s follow Jamie’s argument all the way to its conclusion.

En route to that conclusion, thankfully, Jamie does pause to observe, generously:

“Of course, my daughter and her moral tutors do not want to slaughter smokers or satirists. They are not as angry or bleak or deranged as the Parisian killers and the others who have committed ideologically motivated atrocities.”

Whew! That was good to hear! Even if, as I was reading Jamie’s exculpatory aside, the word “but” was already taking shape in my mind. And, just as I feared, there it was, right at the beginning of the next paragraph:

“But they have the same basic urge – to compel, to dominate. And they seek justification for it in the supposed vices of their victims.”

Well, yes, that’s right Jamie, they do. Just as the members of the Act Party offer up their unwillingness to be subjected to the vices of others (taxation, regulation, collectivism) as justification for their attempts to impose their own frankly bizarre social, economic and political beliefs upon the rest of us. Indeed, when it comes to compelling and dominating, the Act Party is pretty hard to beat. (How else to explain David Seymour’s willingness to exercise what is, in effect, Act’s casting parliamentary vote on the strength of just 16,689 Party Votes!)

Except, of course, I would delete such sententious words as “compel”, “dominate”, “vices” and “victims” from Jamie’s description of his daughter’s motivation. That’s because his daughter’s behaviour is entirely consistent with the highest moral conduct.

Certainly, by throwing her father’s dinner guest’s cigarettes in the hedge, Jamie’s daughter was doing exactly that. Having learned from her teachers that the passive inhalation of tobacco smoke is every bit as dangerous as its deliberate inhalation, she was well aware that there was no “safe” way the guest’s cigarettes could be consumed. Though she was only 11, she also appears to have shrewdly calculated that the other people present were quite capable of endangering her own and her loved ones’ health out of a misguided respect for the norms of social etiquette. Her unilateral decision to steal the cigarettes and ditch them in the hedge was, thus, no more worthy of her father’s condemnation than another person’s decision to deprive a drunken guest of his or her car keys.

The actual or potential threat to the rights of other human-beings always trumps the right of an individual to indulge in behaviour that puts those rights in jeopardy.

Not that Jamie gets this – no siree Bob! After a perfectly reasonable critique of American drug laws, the father of the person he describes as his “sanctimonious, bullying daughter” goes on to state that:

“Decisions Western governments do not leave to you and the adults you freely deal with include: how much money you work for, what you wear on your head when cycling, the quality of your house, what you eat, the race of the people you employ, the ways you kill yourself.”

Decoded, this sentence tells us that Jamie is opposed to the minimum wage, basic health and safety regulations, anti-discrimination laws, and the State’s not unreasonable refusal to countenance you dynamiting yourself in a crowded street as a means of committing suicide.

It also tells us that Jamie’s “philosophy” is blissfully unaware of the fact that the consequences of one’s individual actions radiate out through society in ways that are all-too-frequently extremely damaging to other individuals and groups.

What he obviously believes to be the entirely harmless act of agreeing to work for a pittance, if repeated often enough by other like-minded individuals, will depress the incomes of people who have entered into no such voluntary agreement to work for less than they are worth.

Likewise, Jamie also sees nothing wrong with allowing the individuals who refuse to follow sensible safety precautions imposing the costs of their accidental injuries upon the rest of us.

And is he fazed by the billion-dollar consequences of the leaky homes scandal? Not one bit!

The former Act leader is able to articulate such absurdities because, like so many others on the Right, he really does believe that Margaret Thatcher was correct when she announced that “there is no such thing as society”. And, it’s a perfectly understandable position to take if it’s one’s intention to empower a tiny minority at the expense of the overwhelming majority of one’s fellow citizens. Indeed, taking any other position must, in the end, open the right-winger to social, economic and political claims that he or she is personally loathe to acknowledge. The fact that such untrammelled individualism is philosophical twaddle is neither here nor there. As Humpty-Dumpty informs Alice in Through The Looking Glass: “The question is, which is to be master – that’s all.”

Questions of political mastery aside, it would be wrong to end these observations without acknowledging that, in spite of his absurd philosophical musings, Jamie Whyte has clearly succeeded in raising an intelligent, daring and, ethically-speaking, disarmingly mature daughter. To whom I can only say: “Good on ya luv! A “little thuggery” in defence of other people’s rights is no vice.